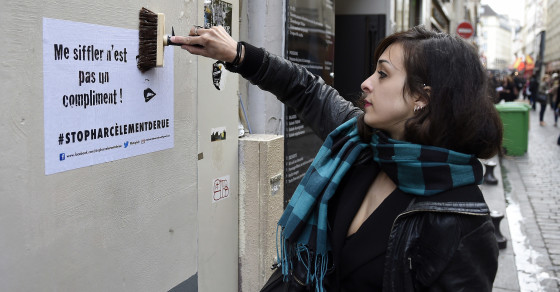 French Women Are Tired of Your Sad Pickup Lines 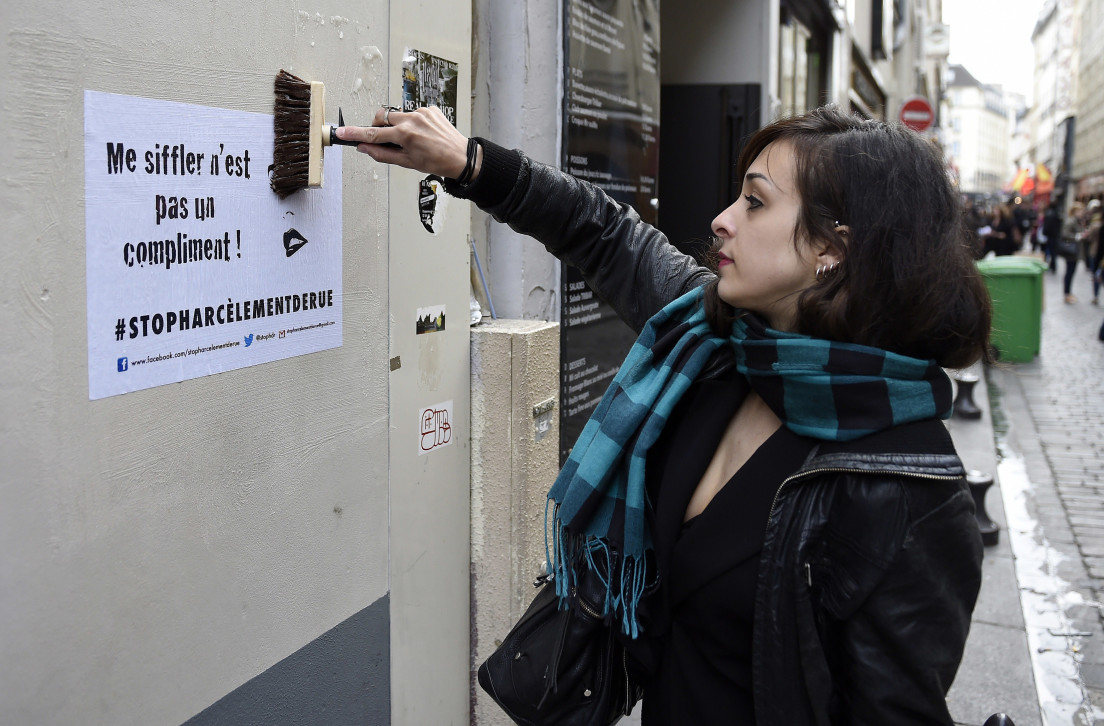 On any given day, a woman in France can expect her neighborhood stroll to be accompanied by the sound of catcalls. And not just a few—some women report experiencing more than 10 taunts each day. “They say, ‘Hey mademoiselle, you’re very charming! Give me your number,'” says Heloise Duchet. “As if we were dreaming of giving our numbers to the first person who walked by.”

On April 25, demonstrators in Paris paste fliers on walls as they take part in a protest against sexual and verbal harassment.

Last Friday, the group took to the streets in Bastille, passing out fliers and trying to get women to share their stories of what they call “ordinary sexism.” Duchet defines this as consistent catcalling. It starts off with a weak proposition for a phone number or a name, but quickly spirals into lewd comments—namely calling the woman a slut and saying she looks good enough to sleep with.

"Coming back from the action, I was whistled at and treated as a dog." 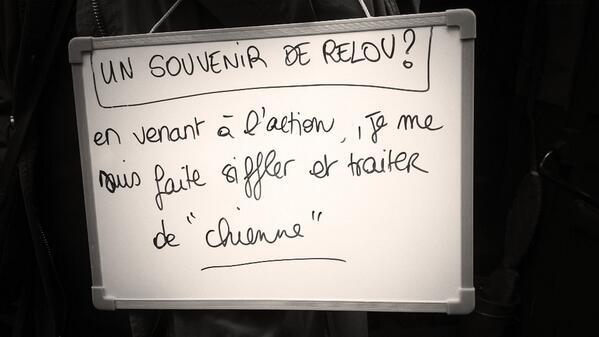 In addition to creating aggressor-free zones, the demonstrators aim to educate women on their right to respond, even if it means causing a scene. They want to focus on areas where summer festivals and parties will take place, and have even designed coasters for bars to use that include tips on dealing with harassers.

The stereotype of French women, Duchet claims, is that they are hysterical, so many woman feel they need to keep quiet, even when being harassed. “Lift your head! You have the right to respond,” she says. “You have the right to create a scandal.” In addition, the flier encourages women to photograph their aggressors and send the photo to police, or even to put it on the Internet. The goal is to call out these boors and try to shame them into stopping. 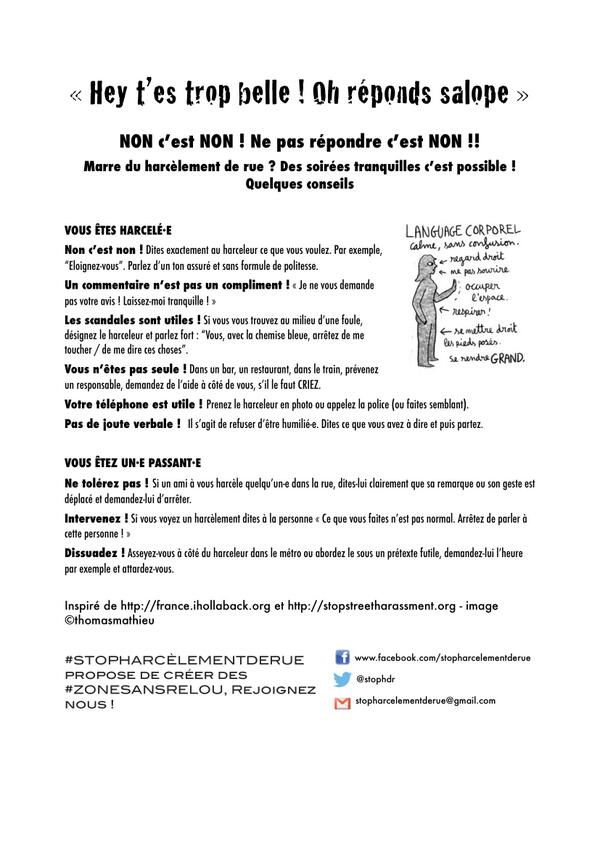 But even Duchet isn’t sure the police will respond better. After all, France’s sexual harassment problem is its worst kept secret. A 2011 study by the Institut National de la Statistques et des Etudes Economiques reported that 25% of women between the ages of 18 and 29 in France said they were scared to walk in the streets. In 2012, France’s parliament approved legislation that would finally criminalize sexual harassment. However, only 10 people have been convicted so far. Comparatively, sexual harassment laws in United States have been in place, and enforced, since the 1980s.

"Whistling at me is not a compliment!"

Duchet says there must be a huge mentality change in French government, public figures and even citizens before it gets better. But something needs to happen: “There is not one Parisian girl,” she says, “who doesn’t have an example of street harassment.”