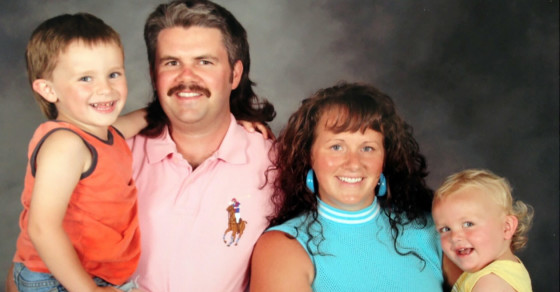 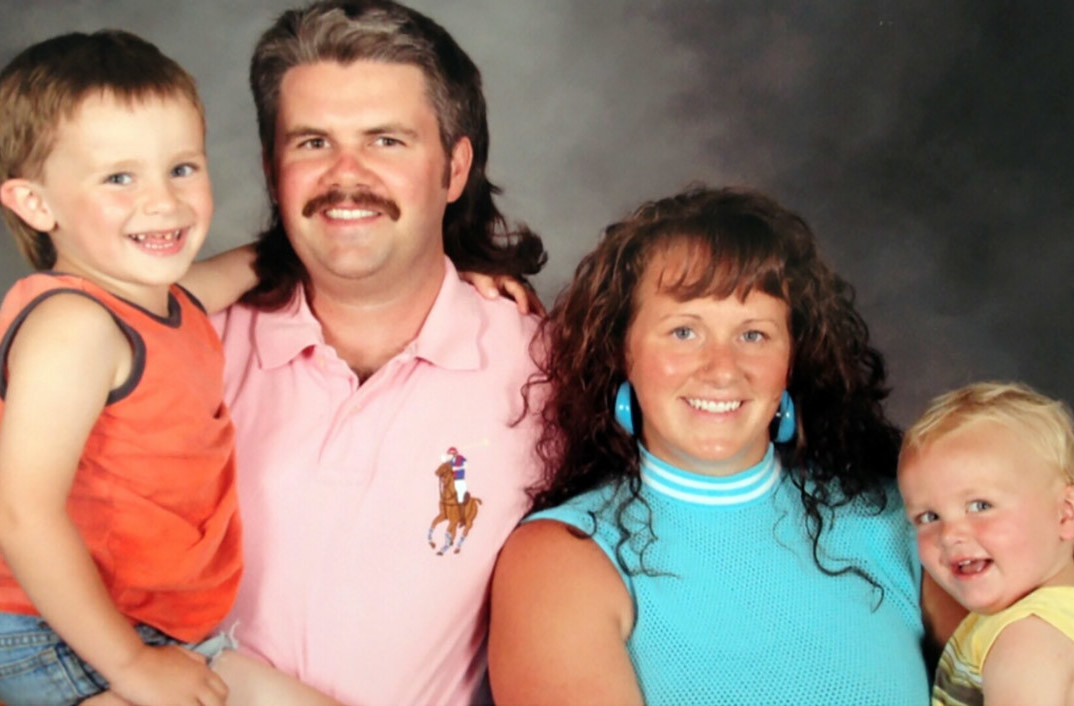 Bothered that their two young sons were already tethered to technology at ages 2 and 5, Blair McMillan and his girlfriend, Morgan Patey, decided to shake things up. As an experiment, the Ontario couple would shun the trappings of modern life for one full year and live as if it were 1986, which happens to be the year both McMillan and Patey were born. The idea was kind of stupid, even by Canadian standards, but to their credit, they actually followed through.

One year ago this week, the couple packed up their flat-screen TV, iPad, cell phones and other gadgets into boxes and moved into a house in Guelph (you remember Guelph, right?) built in the 1980s. McMillan, who is a stay-at-home dad, swapped their MP3 player for a pink boom box and a stack of Bon Jovi cassettes. And he outfitted the living room with a wood-paneled tube TV, a VHS player and an old-school Nintendo Entertainment System.

Chillin' in their retro crib.

For the next 12 months, there would be no texting, email or streaming video.

“Morgan was kind of huffing and puffing in the beginning,” McMillan, who is 27, tells Vocativ. “Everything was a little hard at first.”

To catch a Blue Jays game or follow the NHL, he listened to AM radio. If Patey wanted to look something up, she turned to an encyclopedia set that was kicked down to them. Yet, despite these harrowing conditions, the family eventually eased into their retro routine. They even started dressing the part. For haircuts, McMillan and his boys sculpted cascading period mullets, which he complimented with a mustache that could emasculate Tom Selleck. He limited his wardrobe almost exclusively to jorts, pink polos and vintage baseball jerseys. Meanwhile, Patey, 28, raided her mother-in-law’s attic for an ensemble of blazers, big jewelry and leg warmers. She even got a perm.

“We just had to embrace the style,” Patey says.

This picture was taken this year.

Turns out, pretending to live like it’s the year of Top Gun and ALF wasn’t such a heavy lift. But it wasn’t without its challenges. An unseasonably cold winter kept the family indoors for several months without the convenience of the Internet, smart phones and other technology to fall back on, which made the time pass very slowly, says McMillan. And staying in touch with friends, family and the world at large wasn’t easy, despite their best efforts.

“Our family supported us the entire year,” says Patey. “But many of them are ready for us to get back to reality.”

Who needs an iPad when there are pink boom boxes?

That might take a while. McMillan and Patey appear to be in no real rush to plunge headfirst back into the digital muck that filled their former lives. Neither has yet to check their email, though McMillan says he took a selfie with someone else’s phone on his first day back in the present. There’s been some talk of getting basic cable and a cell phone for emergencies.

But it’s baby steps for now. On Monday, their life in the 1980s concluded. Their first brush with the Internet came Tuesday, when McMillan’s mom spent time showing the couple some of the local news stories published online about them. McMillan and Patey have discussed upgrading their rotary phone for a cordless, “’90s-style” one. But not yet.

“Yeah, I’m rocking the rotary right now,” McMillan informs me over the phone. “It’s in the kitchen. It’s like a beige color.”

And, for the first time in a year, McMillan found himself wearing a dress shirt tucked into jeans.

“Now I just kind of look like Billy Ray Cyrus,” he says.

He’s still rocking the mullet, though he’s not sure how long that will last.