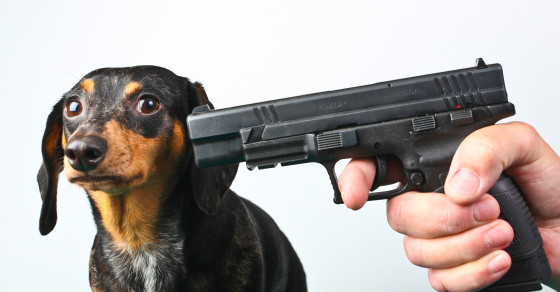 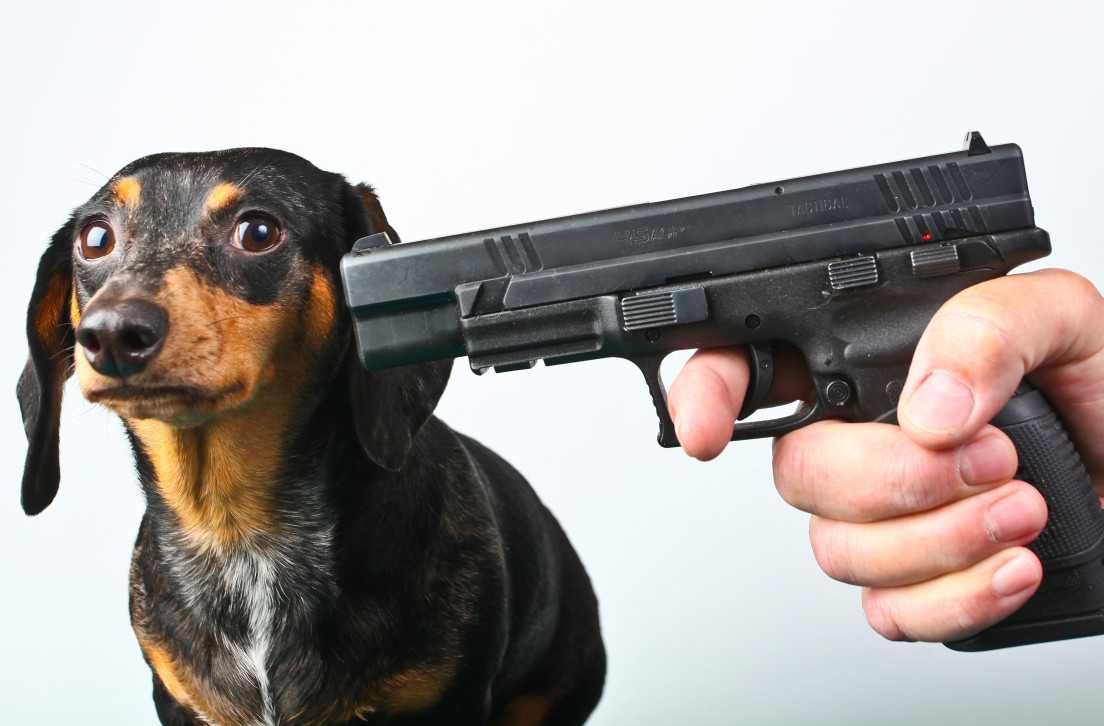 A video emerged on social media late last week that appears to depict a Texas cop killing a 7-month-old dog in cold blood. Captured from the body cam of Cleburne police officer Kevin Dupre, the 22-second clip shows him pointing his gun at a pair of pit bulls wandering loose through a residential neighborhood. After making a series of apparent kissing noises to get the attention of one of the dogs, Maximus, Dupre opens fire on the animal, shooting him three times.

More HILLARY HAS MORE FACEBOOK FANS IN BAGHDAD THAN US CITY

It didn’t take long for the video to spread like wildfire.

Within 72 hours, a Facebook page demanding “Justice 4 Maximus” topped 10,000 followers and a petition demanding Dupre’s badge surpassed 50,000. The officer was placed on paid administrative leave, pending further investigation. A group claiming to be Anonymous, the radical hacker collective, released a video vowing to unleash repeated cyber attacks against the Cleburne Police Department until Dupre was behind bars.

While the outrage and anger stirred when police shoot and kill our furry friends is nothing new, it’s beginning to reach a fever pitch on the Internet. Thanks to a growing network of virtual watchdogs and activists, nearly every dog gunned down by police can now attract national attention and unleash a torrent of criticism. There are more than 200 Facebook groups devoted to dogs shot by cops across the country, with hundreds of thousands of supporters.

These are some of the dogs shot or maimed by police in the last few years.

The first real test for the burgeoning movement will come Saturday, when these bereaved pet owners, dog lovers and animal rights activists take to the streets in all 50 states. Rallying under the banner of Freeze Don’t Shoot, they will hold protests in front of state capitols to demand that law enforcement agencies provide better animal training for their officers.

“People are downright frickin’ angry,” says Donna Early, who has led the national organizing efforts from her home outside of Phoenix. “And they want police to stop shooting family pets.”

While there’s no official tally on the number dogs killed by police each year, one activist, Kristin Hoffman, has compiled comprehensive figures through media reports. She found around 94 reports of cop-involved shootings of dogs for the year 2000. By 2008, that number had spiked to 681. With three months left to go, 2014 has already seen at least 510 dog shootings by cops.

Organizers estimate that several thousand people will turn up at rallies across the country on Saturday to demand better animal training for law enforcement officers.

These shootings often appear to occur under questionable circumstances. Police in Flint, Michigan, allegedly shot a 15-year-old mixed-breed named Chloe in June while raiding the wrong house. A month later, a cop in Idaho gunned down Arfee, a 2-year-old Lab, whom the officer allegedly mistook for a vicious pit bull. And despite what Dupre’s body-cam video depicts, the Texas cop says he shot Maximus after the “dog began coming up the hill, continuing to growl and display its teeth.”

In each case, the backlash has been swift. Activists help the dog owners build Facebook pages, circulate online petitions and organize protests. Public pressure often prompts an internal investigation and even lawsuits, but cops are rarely prosecuted. And there are few measures in place to keep more shootings from happening. “Most police departments have no procedure in place—and no plans—to deal with the possibility of dogs being present, other than to kill them,” says Richard Rosenthal, an attorney and co-founder of the Lexus Project, an animal right group in New York.

In some places, controversial dog shootings have already led to changes in state and local law. As of 2013, cops in Colorado are now required to receive training on how to differentiate between aggressive and non-threatening animal behavior and how to avoid using lethal force against pets. The backlash over the fatal shooting of a dog named Cisco in Austin, Texas, in 2012 prompted the city’s police department to change its policy on the use of lethal force against dogs.

Still, advocates believe that building widespread public support for these initiatives could take years. Saturday’s protests will be the first of many steps. “We’ve got a long, long road ahead of us,” Early says. “But we need to start holding police accountable.”