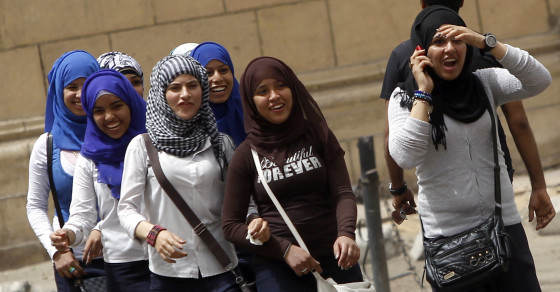 Egyptian Girls Need to Stop Slut Shaming One Another 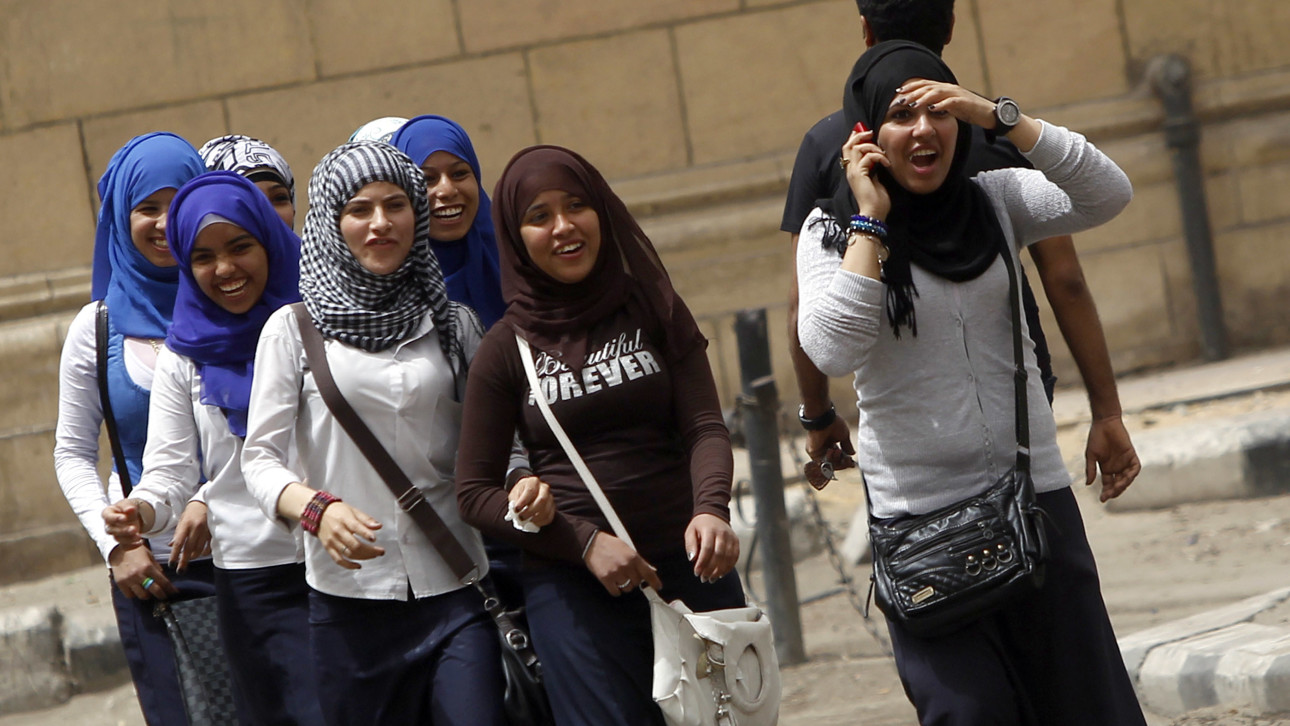 Talk about a hostile environment: According to a 2013 United Nations report entitled “Entity for Gender Equality and the Empowerment of Women,” 99.3% of Egyptian women say they’ve been sexually harassed at some point in their lives. And while that level of societal entrenchment makes for a daunting statistic, the Egyptian Justice Ministry’s recent proposal for harassment legislation is promising.

If passed by the Cabinet and president, the new law would not only offer protections against harassment, but also establish for the first time an actual definition. It’s pretty inclusive: an act involving someone who “accosts others in a public or private place through following or stalking them, using gestures or words or through modern means of communication, or in any other means through actions that carry sexual or pornographic hints.”

Still, a larger question remains: What good is a law if the public perception of sexual harassment is still so skewed? A new video survey from Dignity Without Borders, a sexual violence awareness group, shows there’s a lot of work to do.

In the footage, DWB asks girls—most of whom are in grade school or high school—why they think they are getting sexually harassed, and how they deal with it. Most of the respondents agree that sexual harassment is a problem, and the best solution is just to ignore the catcallers to avoid “descending to their level,” or worse, inviting more aggressive approaches. But the real issue becomes apparent when the girls are asked to assign blame. A girl who looks around 13 years old replies, “because they are pretty.” Another adds, “It’s not all on guys—girls sometimes, even the fat ones, wear extremely tight clothes that reveal all of her body parts and curves. And wearing a head cover, what’s the point of a head cover then? You misinterpret Islam then.”

This slut shaming is a recurring sentiment; one in which it’s the girls’ fault for forcing men to harass them because self-control is not an option if girls are “seductively” walking by. “What really worries me is the high probability that these girls will never know they are not responsible for violence against women,” Maria Sanchez Munoz, founder of Dignity Without Borders, told the blog Egyptian Streets. “It breaks my heart that they will never get to know about their rights, and that they will keep blaming themselves and their daughters.”

Uploaded By: Dignity Without Borders

Perhaps equally alarming are the video responses from young boys posed the same questions. Girls, according to the interviewees, are all asking for the ego boost they are sure comes with being taunted on the street. “I will tell you something,” says one young boy. “They want to be harassed. They wear tight clothing…so the guys would harass them.”

We’re not sure what’s more disturbing: the fact that girls are convinced they are asking for it, or that these boys will never believe they have enough self-control to treat women as human beings. But one thing is certain. If these mind-sets do not change, the 99.3% will not either—even with a law in place.