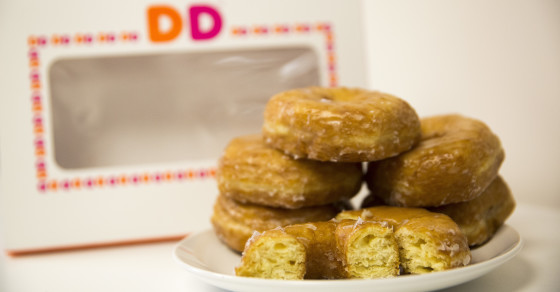 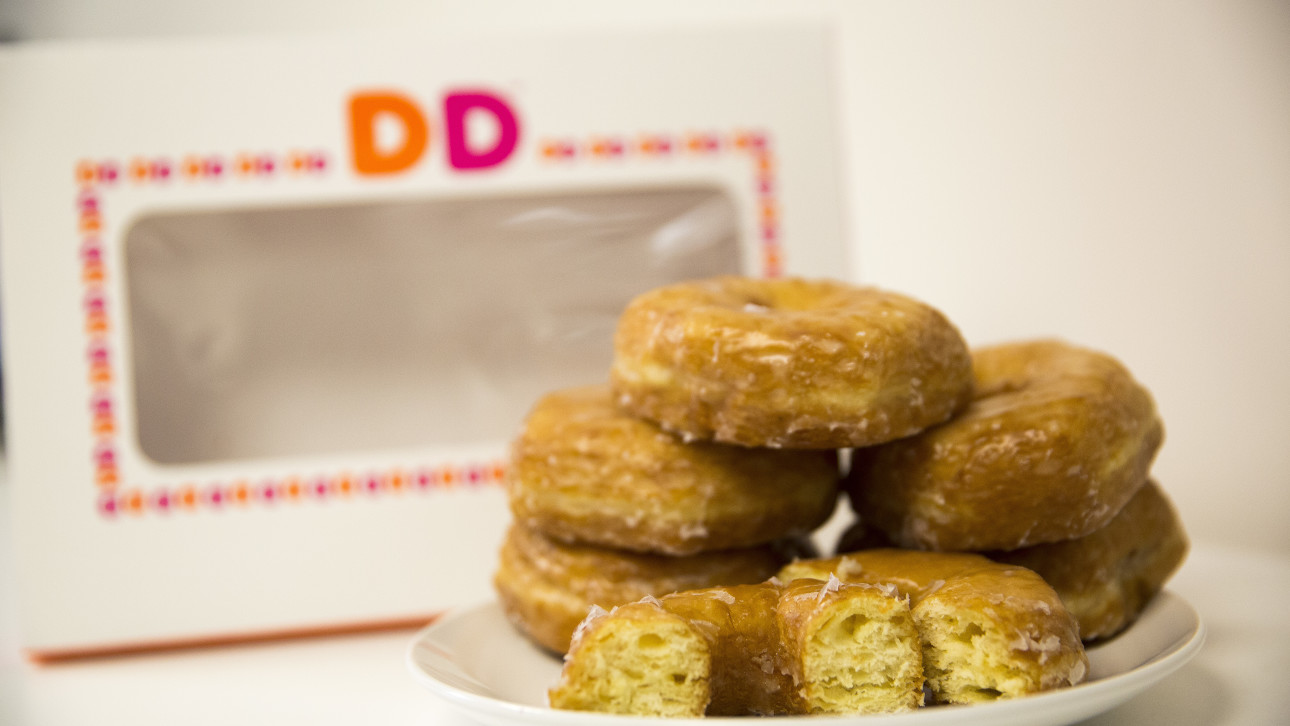 Chef Dominique Ansel introduced the Cronut at his eponymous New York City bakery in May 2013. His unique croissant-doughnut hybrid became a bona fide global phenomenon within weeks. Even now, customers with a sweet tooth (and without much else to do) still line up for hours every morning to get their hands on a fresh Cronut before the bakery inevitably sells out. Ansel only recently revealed his official recipe, an involved three-day process that sees the pastries rolled in sugar and delicately fried in grapeseed oil.

Because there are only about 50 good ideas in the world and somebody else has already had all of them, it wasn’t long before enterprising dessert purveyors devised their own Cronut knockoffs under names like “doissant” and “do-cro.” Next week a true giant of glucose will join their ranks: Dunkin’ Donuts.

Though the Massachusetts-based coffee and doughnut mega-chain officially announced a national launch date of Nov. 3 for their croissant donuts (which were briefly offered in the culinary vanguard that is the Jersey Shore this summer), we discovered them for sale at a Dunkin’ Donuts in Manhattan’s Penn Station on Wednesday, Oct. 29.

Naturally, we bought some, because we are disgusting.

“Are we copying a specific bakery in New York? The answer is no,” Dunkin’ spokesman John Costello told the Associated Press. OK, John.

A store employee enthusiastically tells us that they’ve been selling well in the “few days” that her location has stocked them. At $2.49, the croissant donut is half the $5 list price of a Cronut (which has historically run up to $40 on the Craigslist black market) but more than twice as expensive as the chain’s standard doughnuts, which typically cost less than a dollar.

The verdict? It’s…fine. The interior is recognizably croissant-y, yes, but the weight of the thick, sickly sweet glaze seems to have squished the air right out of the dough. Unsurprisingly, the real-life croissant donut fails to exude the sex appeal of the company’s perfectly plump, crispy glamour shots.

“It’s, like, any doughnut,” one Vocativ staffer said during our taste test. “It tastes more like Krispy Kreme than Dunkin’ Donuts,” said another, which is definitely a compliment. “Too chewy,” one declared, before grabbing another sticky piece. Some tasters were decidedly unimpressed (“It’s fucking weird, dude”), but others admitted they enjoyed it (“For a sugarbomb, not bad at all”). Our resident Cronut expert—having eaten half of one, once—gave the croissant donut a thumbs down.

Unlike the Manhattan treat that in no way inspired it even a little, the croissant donut is far from delicate: It looks more like a doughnut crossed with a coffee roll, or a doughy hexagonal nut (the hardware kind of nut, that is). It’s not unappetizing, if not terribly distinct from a regular old doughnut. Ansel’s granular sugar coating—not that the croissant donut was inspired by Ansel, because again, it totally wasn’t—is swapped for the same solid glaze used for the standard Dunkin’ glazed donut. The original’s cream filling and colorful frosting topping are also conspicuously absent.

Dominique Ansel Bakery offers one and only one flavor of Cronut every month. Past varieties range from Bosq Pear and Sage to Fig Mascarpone. The croissant donut is, as best we can tell, sugar-flavored.

For the record, we are unabashedly pro-Dunkin’ as a general rule, especially when it comes to their pink-frosted fare—nor are we that crazy about the Cronut. The croissant donut is far from the best DD product, but it’s also by no means the worst.

Whether your unquenchable desire for pastry innovation should lead you to Ansel’s SoHo doorstep or your local gas station/Dunkin’ Donuts, just make sure you keep an insulin pump within arm’s reach.