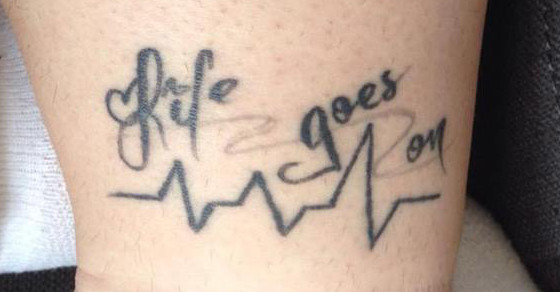 The Divorce-Tattoo Evangelist
By Emily Levy 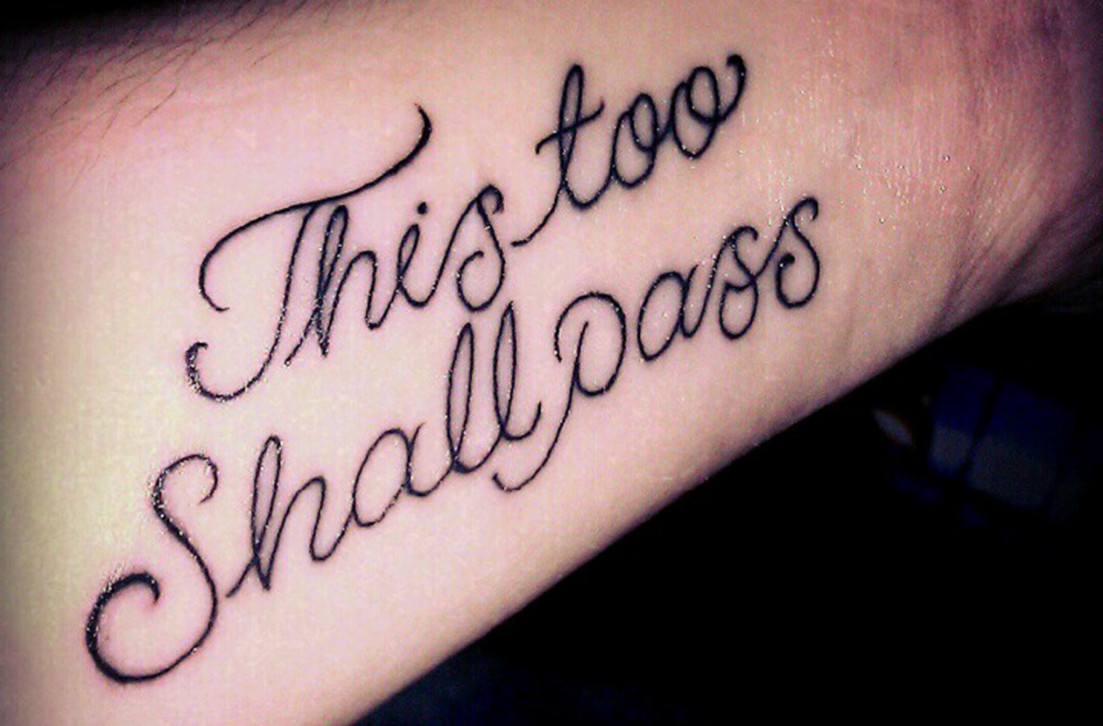 In their evolving stages of breakup, the recently heartbroken take increasingly severe and cathartic measures to relieve themselves of their soul-crushing pain. What usually starts as a passive-aggressive relationship status change on Facebook transforms into nights of Fireball shots, which subsequently fuel strings of blurry bedroom escapades.

But for some women, the traditional heap of mourning doesn’t cut it—which is where an increasingly popular strain of female-friendly breakup tattoos comes in. The #divorcetattoo is an ink-laden, emancipatory symbol of a fallen relationship, and Joelle Caputa, a PR executive and author of the forthcoming book Trash the Dress (a collection of short stories and interviews about divorce in your 20s), is here to document its glory.

“There’s a divorce celebration movement happening right now, and as more and more women become empowered by their status change, they are doing things to symbolize the person they have become,” Caputa, 33, tells Vocativ. “Tattoos are a natural part of the process.”

First introduced by Nerve‘s Wesley Bonner, who calls the tats “badges” of “emotional war,” the tattoos range from didactic (“The past is practice”) to inspirational (“Never a victim, forever a fighter”). Caputa’s collection, available for inspiration on Pinterest, consists of inspirational quotes, lyrics and stamps of newfound freedom:

Herself a divorcée, Caputa began collecting photos of tats marking the end of marriages in 2011, when she founded a related Facebook community for 20-something divorced women. The group, which now has more than 300 members, is a “safe haven,” as she describes it, for young, newly single women and their newly inked lady parts. “No one really knows what it’s like to get divorced in your 20s unless you are going through it,” says Caputa, who serves as the group’s ringleader but doesn’t have a tattoo of her own. She adds: “It has become a worldwide sisterhood.”

There are two reasons, she says, that women opt to ink themselves with divorce tattoos: “to cover up body art she got in honor of her marriage,” or “to commemorate her fabulous, post-divorce life.” She notes that the tats, like the increasingly popular divorce party, are a growing trend. “Nothing is too taboo,” she says of conversation in her Facebook community.

Caputa highlights her tat collection on her blog, where women from the Facebook group reflect on their ink. “It’s so cheesy, but I was listening to the Rihanna/TI song ‘Live Your Life’ at a bar with my ex-husband when I realized how unhappy I was,” says one woman, Krista, whose tattoo reflects the following lyric: “Keep on climbing, look in the mirror, keep on shining.”

Then there’s Paloma, whose tattoo—”Live the life you love, love the life you live,” with a corresponding collection of birds—reflects her flying away from an unhappy relationship. “The birds symbolize being free, and the quote represents me dropping weight (both physically and in the form of her ex-husband) and drama,” she writes.

At best, the tats are a dramatic, albeit personal, celebration of womanly independence. At worst, they’re an expensive patch-up job that will only look worse with age. Regardless, they’re making Kelly Clarkson proud.