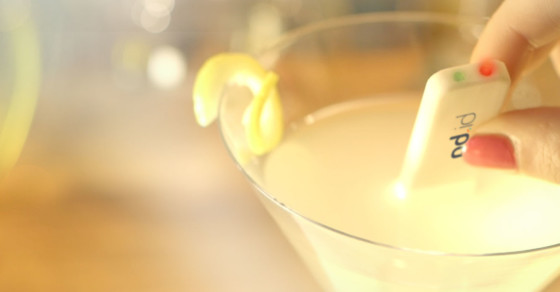 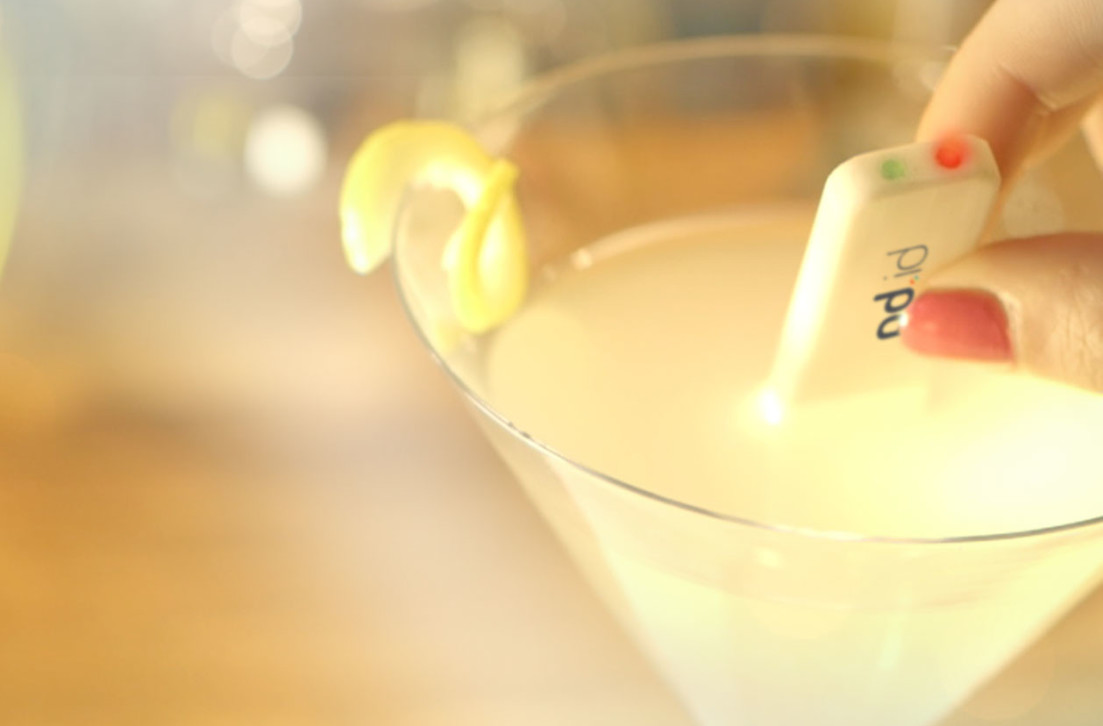 It’s a general rule among college women that frat-house jungle juice should be consumed with caution. Every sip is a leap of faith—you never know what surprises await in that sweet, neon time bomb besides the Everclear. But a revolutionary new device promises to take the guesswork out of the equation and put your “Did I just get roofied?” worries at ease. Pd.id is a discrete lighter-sized sensor you dip in your drink to detect evidence of date-rape drugs in minutes.

“Our intention is to build a better mousetrap,” says David Wilson, the inventor of the device, in a new promotional video. “Something that is easy to use and affordable. Something that can empower and ensure men and women of all ages against sexual assault by way of date-rape drugs.”

Using technology already employed by the DEA, Pd.id performs electrical conductivity tests, temperature measurements and spectroscopic analysis to determine the molecular makeup of the beverage in question. If something looks off, the sensor alerts the user with a red LED light. Pd.id also comes preloaded with a library of common date-rape drugs such as zolpidem, Rohypnol and other benzodiazepines, and when synced to your smartphone, it can tell you exactly what kinds of drugs have been identified, either by text or phone call. The database even regularly updates itself to ensure that no new drugs go unnoticed.

“The sheer number of affected women that have approached me to tell me their own stories is what inspired the development of the Pd.id,” Wilson says.

Safeguarding yourself against a spiked drink is a pretty simple process.

In the United States, one in five women will experience rape or attempted rape at some point in their lifetime, and 90 percent of those cases will involve the consumption of alcohol. Statistics on the number of rapes that were facilitated by roofies are harder to come by, but according to Pd.id’s Indiegogo page, about 25 percent of North American rape victims report being drugged.

Wilson started an Indiegogo campaign late last week to raise the funds needed to bring the device to market at $75 apiece. His current goal is $100,000, but if the campaign is successful, he has further plans to advance the capability of the gadget. With $500,000, the developers can improve the device so that it also provides the nutritional content of the drink, and at $750,000, they will incorporate an emergency alert dispatch app, which includes a map that highlights safe and sketchy watering holes.

“It’s about personal protection, feeling secure,” Wilson writes on the Indiegogo page. “And it’s about empowering our daughters, sons, sisters, brothers, spouses, partners, friends, coworkers and ourselves to be safe in an often unsafe world.”