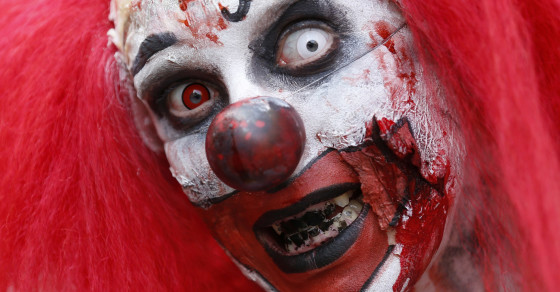 Violent Clowns Are Forcing Creepy Clowns to Hang Up Their Wigs 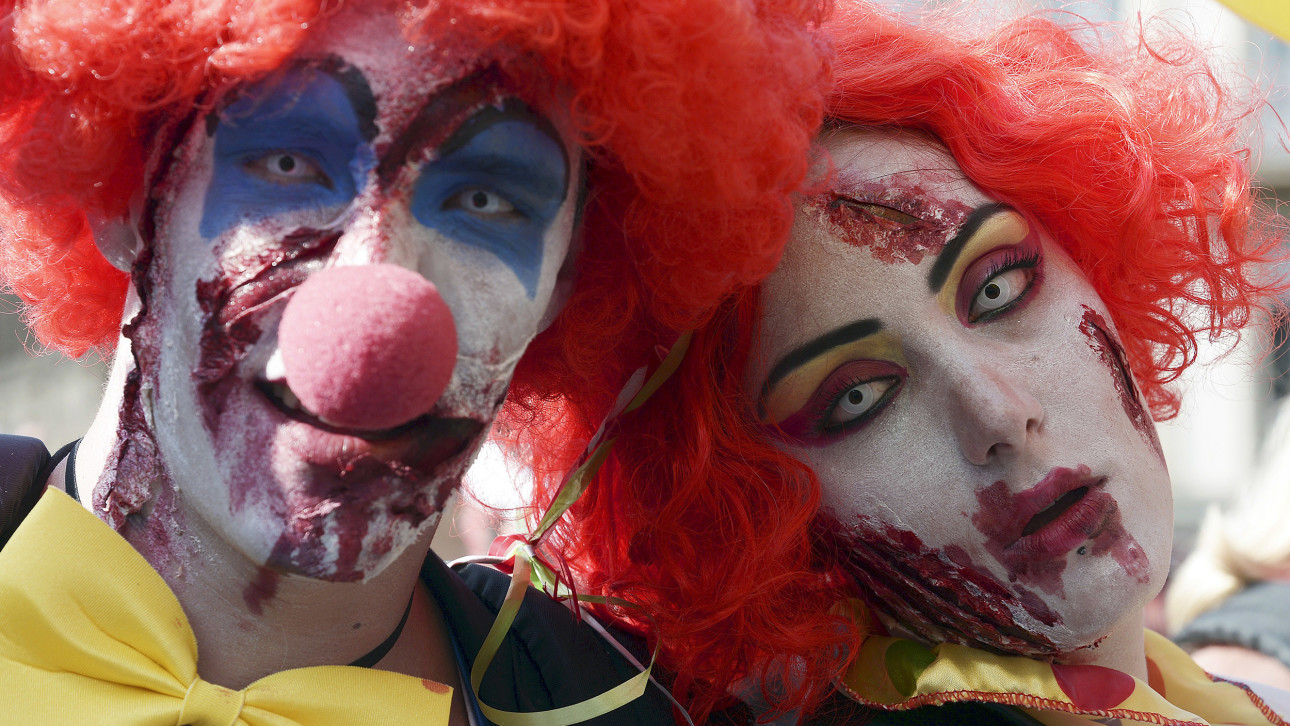 The war of the clowns is in full swing, and based on the increase in clown-on-public violence, fear-mongering and nice-clown resignations, it seems as if the terrifying clowns are winning.

Fourteen teenagers were arrested in Agde, France, on Sunday, following a town-wide rampage the night before, when the group had dressed up in clown outfits, threatening locals with knives, guns and baseball bats.

This comes hot on the heels of a similar incident in Montpellier, France, where a man in a clown suit attacked someone on the street with an iron bar.

And a 19-year-old clown in Béthune was given a suspended six-month sentence late last week after he was caught chasing kids with a sword-like stick.

In a statement, French police allege that the spate of clown attacks was sparked by a series of clown prank videos, which teenagers have begun emulating:

Some people aren’t waiting for police intervention, though. Five teens were detained last week after forming an “anti-clown vigilante group” in Mulhouse. They were taken in for the possession of baseball bats, brass knuckles and mace, and released without charge.

It’s all becoming a little much for actual professional clowns.

In addition to the uptick in clown-related mischief across the globe—there have been numerous sightings and arrests in the U.S., and last year saw 117 arrests in London alone—they say the introduction of Twisty the Clown on American Horror Story: Freak Show is giving the profession a bad name.

“[Hollywood] can take any situation no matter how good or pure and turn it into a nightmare,” said Glenn Kohlberger, president of Clowns of America International. “We do not support in any way, shape or form any medium that sensationalizes or adds to coulrophobia, or clown fear.”

Wasco the Clown had a great run terrifying strangers in California earlier this month.

Even freelance clowns are getting caught in the crosshairs.

Last Friday police visited the home of a clown who had been lurking around Fishers, Indiana, to ask him a few questions. The un-named walking nightmare, who has been terrorizing/amusing locals for the past two weeks—earning the nickname “Creepy”—said it was all a simple attempt to get into the holiday spirit.

Though most people in the town saw the lighter side of an adult dressing up in a clown costume and taking lone strolls at dusk, the children weren’t as tickled.

“Adults weren’t really put off by it,” said Ted Sedberry, one of the people who discovered the note. “Some saw the holiday jest in it, more of a prank. But then some of the younger kids in the neighborhood had trouble falling asleep. They cuddled up with their parents close at night.”

Here's the creepy clown spotted again this wknd in Fishers, IN. Call me twisted but I think it's hilarious. pic.twitter.com/a3YBvtJhhc

As it turns out, a visit from the popo was just as scary for poor ol’ Creepy.

On Sunday evening, some neighbors enjoying a campfire in Zimmer Park saw a bunch of balloons sticking out of a nearby trashcan, reports WishTV.com. When they went to investigate, they found the following note: