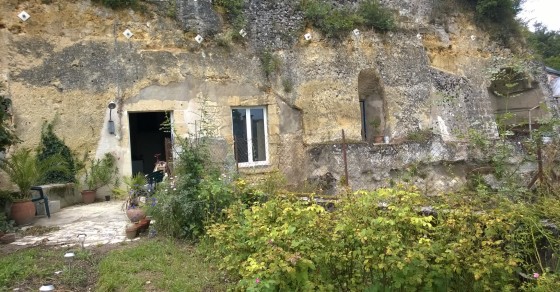 This Converted Cave in France Cost $1.35
By Luke Malone

This Converted Cave in France Cost $1.35 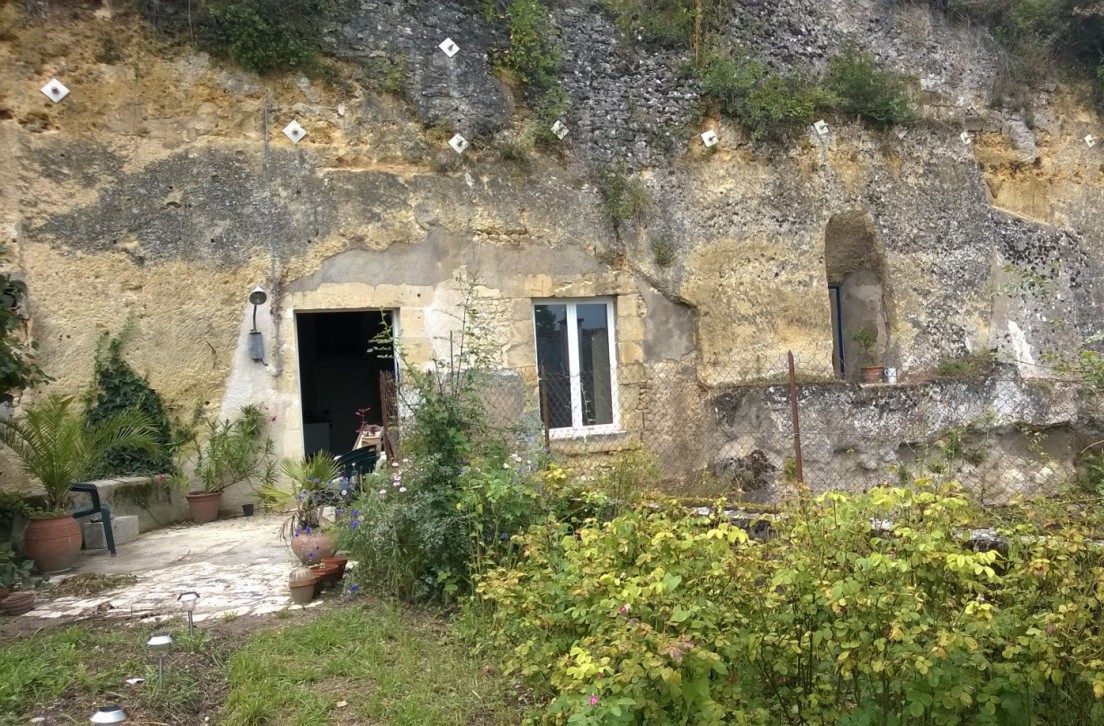 Alexis Lamoureux was 23 when he returned to Amboise, an idyllic town once home to Leonardo da Vinci that sits on the banks of France’s Loire River. Forced to leave another village after the bar he was working in closed down, he began looking for a job and a place for him and his girlfriend, Lotte van Riel, to live.

Lamoureux heard about a troglodyte home that had once belonged to his great aunt and went to check it out. The abandoned space, left in ruin for the past 25 years, was a crude network of unstable rooms carved out of a large rock face. Littered with trash and having no electricity, running water or sewage system, it was a dream come true. Lamoureux headed straight to the government agency that handles abandoned dwellings and was excited to discover it was up for auction the very next week. He offered the princely sum of 1 euro, which the agency accepted.

Airbnb guests can play out their caveman/woman fantasies in the spare bedroom.

“I said, ‘Well, you know I’m the only one, and you realize how much work needs to be done,’” he says. “I knew that if they didn’t sell it, they would have been in charge of securing the place. They didn’t want to spend that much money, and they just wanted to get rid of it.”

To finance the renovations required to make the cave not only livable but also structurally sound, he drew up a business plan and went to 10 different banks for a 25,000 euro loan, but they all rejected him. Undeterred, he and van Riel spent the next three years raising the money by working in his father’s restaurant. For the work to even begin, they had to install 11 anchors (36-foot cables placed inside the rock) to secure the structure, then cover them with cinder blocks and concrete to keep the ceiling from caving in. Then the hard labor began.

“There was no water, there was no sewer, nothing at all,” says Lamoureux, now 27. “We had to dig the trench hole along the path, me and my girlfriend, in order to have the water coming, the electricity and the sewer. And then we did the networks inside. We now have two bedrooms with two bathrooms [and] one kitchen, and we just recently got the Internet. It’s just like a modern house now.”

Troglodyte homes aren’t unusual in this part of France. Mining of the area’s sedimentary rock during the 11th century resulted in the formation of deep cavities. People soon transformed these grottos into affordable homes, which were commonplace until the early 20th century, when many fell into disrepair after people moved into more modern apartments and houses. When he was a boy, Lamoureux says he and his friends would play in the abandoned caves that are now being snapped up by a market hungry for affordable housing.

“It’s very hard to find a job at the moment. Regular apartments are not really affordable, especially for young guys,” he says. “You can expect to get these places for very cheap. Within 10 years, you won’t have any neglected anymore because everyone is starting to renovate them. Some young guys do—there is one young guy in my town doing the same—but mostly it’s investors.”

For now, he and van Riel not only have a place to live but also a source of income in the cave. Buying it for 1 euro and spending a total of 35,000 euros on renovations, they deliberately built a separate one-bedroom section of the house that they now list on Airbnb for 50 euros a night. It even has its own Facebook page.

“That’s how we’re going to make profit with the place,” he says, adding that he’s currently eyeing other empty caves in the area. “There is another troglodyte right next to my place that I’m interested in purchasing. But that one isn’t owned by the government, so I’m going to have to bargain the price with the owner.”