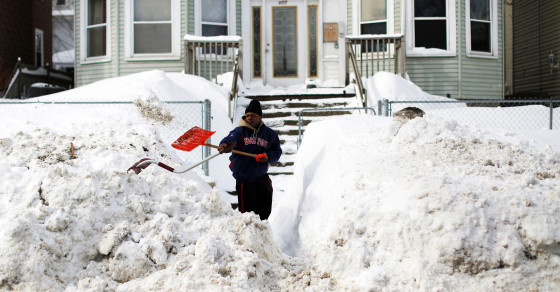 Boston May Be Headed Toward Its Coldest Week Ever

Boston’s winter weather is out of control. According to projections, its average temperature for the week of February 15 to 21 could drop to 13 degrees. This would be coldest seven-day stretch the city has ever seen.

To put this week's cold into perspective, #Boston could hit their coldest Feb 15-21 priod ever! Fcst from @WSI_Energy pic.twitter.com/vlIvi9NQ0W

Currently, there’s a blizzard warning in effect, with experts expecting more than 10 inches of additional snow and negative temperatures through Sunday night.

The city has seen more than 6 feet of frigid white fluff in the last month. Accordingly, if all goes according to predictions, Boston will have gotten more snow in three weeks than Chicago has ever had in an entire winter.

You can thank global warming for all of this, by the way.