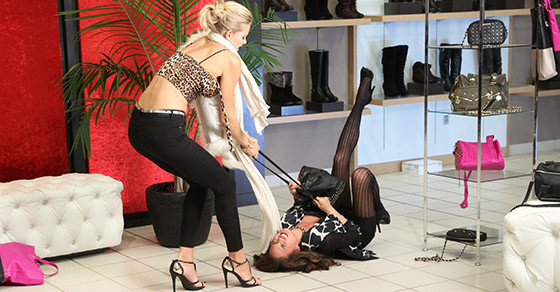 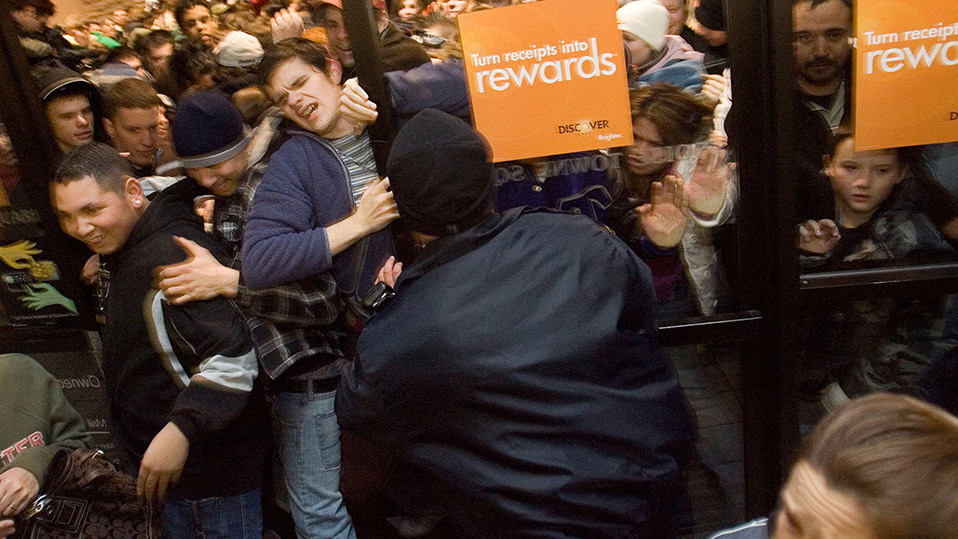 Thanksgiving usually peaks with a turkey-induced coma in front of the TV, sapping your ability to engage in even the most enduring of family feuds. Which is just as well, as you’ll need all of your energy to run the horrifying gauntlet that are Black Friday sales.

While everyone loves a bargain—not to mention the reduced prices can be something of a necessity for cash-strapped families—some of us love them a little too much and are willing to go the extra mile, be it with a raised voice, a sharp right hook or, in one instance, a stun gun. There’s even a website dedicated to keeping track of melee-related incidents that have occurred on this dark day since 2006: Seven deaths, 90 serious injuries and counting.

Here, we take a shameful stroll down memory lane to identify some of the Black Friday bandits who were willing to do what it takes to save $100 on that surround sound system—personal and public safety be damned!

This man was kind enough to wear a red jacket so the world could easily identify him in the crowd when he muscles in to try and grab a second TV. Props to the woman on his right for not taking that shit.

Cops are forced to intervene when two women get physical over a TV at Walmart, aka The Hellmouth.

A man threatens to kill one teen girl and smacks the camera out of the hand of another after they prank him. He’s pretty pissed.

Things seem relatively convivial as Texan shoppers turn on a display rather than each other at our most reliable store for post-Turkey altercations. Cops were called and one woman didn’t take too kindly to one officer’s rough-housing (around the 1:42 mark).

A good, ol’ 5 a.m. stampede breaks out at—you guessed it—Walmart in Michigan, with several shoppers, including a pregnant woman, taken to the hospital.

A crowd goes wild, roaring and rattling security shutters like a pack of rabid dogs ahead of the Black Friday sale at Urban Outfitters. USA! USA! USA!

These eager beavers start trading blows before they’ve even made it into the store. Other shoppers keep their eyes on the prize and step over them as they roll about on the floor.

Walmart workers run for their lives when the crowd/human zombies break through the metal roller doors for their unethically sourced goods. The heavy metal soundtrack is a nice touch.

A perennial favorite and all-round winner of the Black Friday Monster Awards, a woman attacks a fellow shopper with a stun gun. A stun gun that she had the foresight to bring from home. A slow clap for humanity, everyone.