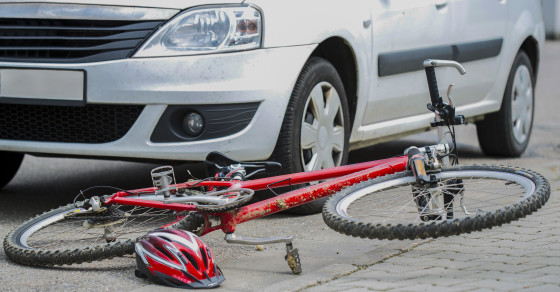 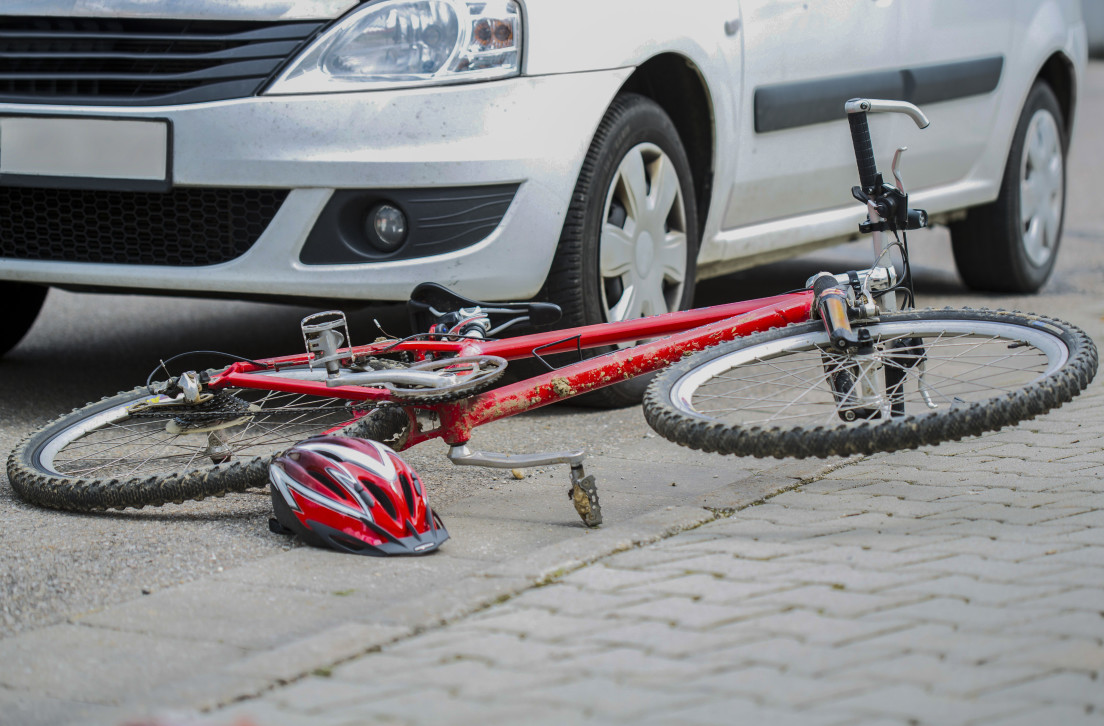 Where can you mow down a cyclist, send him to the ICU for four days—and then demand thousands in damages for your troubles?

Kionnei Lyons, a 25-year-old fashion photographer, was behind the wheel of a dark gray Infiniti sedan when she accidentally struck artist John Roemer as he was pedaling along a New York City street in Williamsburg on May 14 at around 6 p.m. “I just got slammed from behind, and I didn’t know she was even close to me,” Roemer, 27, tells us in a phone interview.

Taken at the crash scene in New York City, where artist John Roemer was launched from his bike after being struck by a car driven by Kionnei Lyons.

Roemer says he dodged certain death by rolling to the shoulder of the Brooklyn street, while his bike was dragged at least 30 feet. “I fell to the side, and the bike and the car kept going,” he says. “She had to stop because the steel frame was dragging.”

Roemer, who does installation paintings, says Lyons got out of the car and asked him if he was alright. “’What happened?’’” he remembers her asking. “Are you OK?”

Roemer rested on the curb until a New York Police Department squad car arrived. So did Lyons’ boyfriend, who turned up after the police responded. Roemer says, “He was like, ‘What happened to my car?’”

The two of them stopped talking to Roemer after that, he says. To this day, he’s unclear how the accident happened. The cyclist suffered multiple fractures in his pelvis and was hospitalized in the ICU for three days. He says he’s still on the mend. “It’s not just the pain from the broken bones but the muscles in my leg and aches. There could be some nerve damage.”

Roemer says Lyons’ insurer reimbursed him for his totaled bike and his hospital bills—but now he may have to come up with $2,000 to pay Lyons back after she filed a small claims lawsuit three weeks ago. “It’s like, do you not get it?” Roemer says. “I don’t have $2,000.”

Artist John Roemer suffered multiple fractures in his pelvis after he was riding his bike in Brooklyn and was struck from behind by fashion photographer Kionnei Lyons.

But Lyons says the accident wasn’t her fault. “There was no bike lane,” she tells us. “There was a large truck that caused us to merge.” She’s upset about her car. “The car was not able to drive away at all,” she says.

Roemer says that’s untrue. Once the cops came and left, Roemer says he watched Lyons and her boyfriend drive off. “The inside of her wheel was kind of messed up, but afterwards the car drove away,” he says. “It was just like some cosmetic damage.”

Roemer’s lawyer, Daniel Flanzig, says he plans to get the small claims suit tossed. “This is somebody who doesn’t take responsibility for her actions,” he tells us. “There was zero responsibility on John’s part in causing this crash. I have no idea what’s in this woman’s head.”