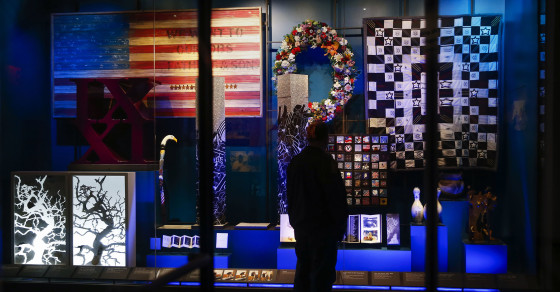 Bigoted Tweets of 9/11 Museum Board Member Spark Calls for Ouster
By M.L. Nestel 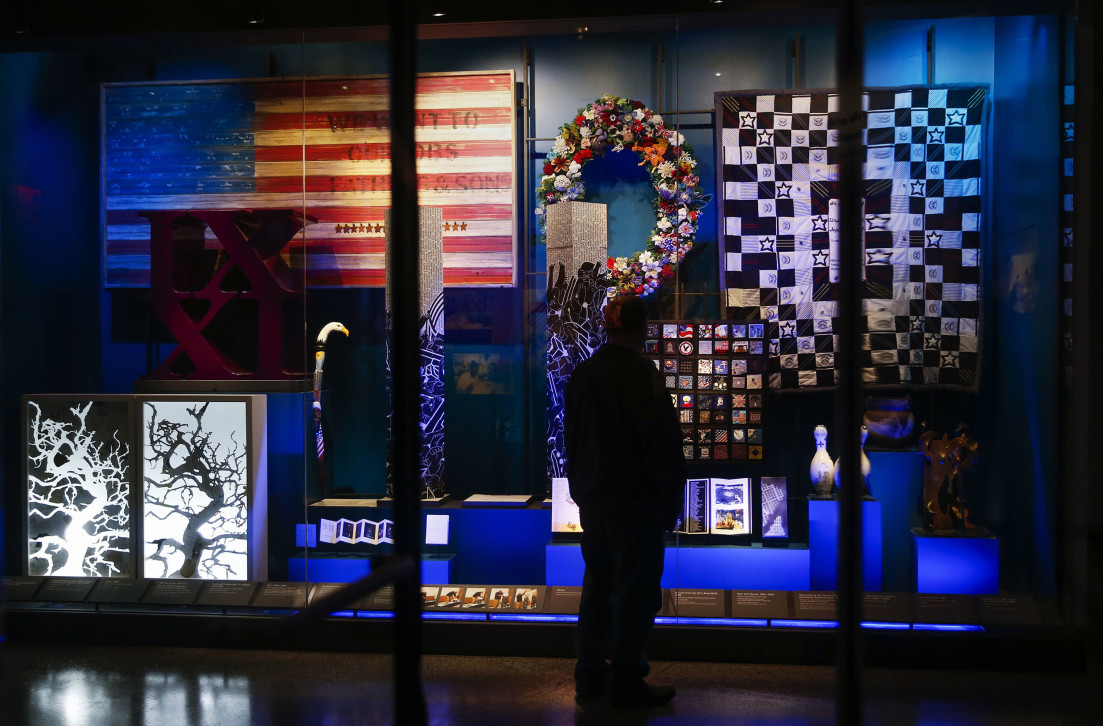 On Wednesday, the 9/11 Memorial Museum will open its doors in lower Manhattan, where 13 years ago two hijacked planes razed the World Trade Center towers, causing almost 3,000 casualties. Early reviews suggest the museum’s curators have done a tasteful job of honoring the dead. Visitors walk by demolished fire trucks to see the shoes of World Trade Center workers and hear audio recordings of some of the victims’ last phone calls. None of the exhibits display a hint of Islamophobia. In fact, the museum promotes tolerance.

But one of the museum’s directors, Debra Burlingame, has spewed a stream of bigoted tweets over the last year, sparking an online petition demanding that she step down from her position because of her “racist” rhetoric.

Begun earlier this month by a college student in northern California, the petition has already garnered more than 800 signatures—some of them from family members who lost loved ones on 9/11.

Debra Burlingame sits on the 9/11 Memorial Museum board with such bold-faced names as Robert De Niro.

Debra Burlingame herself lost a loved one on 9/11—her brother Captain Charles F. “Chic” Burlingame III, pilot of the American Airlines flight that crashed into the Pentagon.

She reflected on her brother’s death in a recent interview about the museum’s opening. “He died a day before his birthday,” said Burlingame, adding that it was difficult to see wreckage of his plane in an exhibit. “It looked like it was beaten by a meteor. It just makes me so sad.”

While Burlingame’s grief is unimpeachable, her tweets are another matter. Though she never went so far as to indulge in what could be called hate speech, her posts publicized a growing obsession with Islamophobia, as evinced in the following tweet—which appeared before she made her account private this month, as the online petition attracted more signatures:

In another post, she equated President Obama to the unarmed black teen who was fatally shot in Florida by neighborhood watchman George Zimmerman, calling both of them “drug addicts.”

In March, Burlingame took on actor Liam Neeson and his film Non-Stop, which features a Muslim protagonist.

The culmination of prejudiced posts inspired Richard Idriss, a 20-year-old ethnic studies major at the University of California Berkeley, to take action. Idriss went on Change.org and published a petition titled: “Relieve Debra Burlingame of Her Position on the Board of Directors of the 9/11 Museum.” In it, Idriss calls Burlingame out on her bigotry.

“It is concerning that someone with a position of power to decide what is portrayed as fact to millions of people is so unwilling to engage in dialogue and reframe her rhetoric to not be so totalizing and hateful of other Americans,” Idriss writes in the petition.

Idriss, who was born in America but has Syrian and Lebanese relatives living abroad, says he isn’t Muslim. And neither he nor his parents are religious. He tells Vocativ what incensed him was that Burlingame was on the board of a museum that encourages tolerance. “I just went to work writing out my thoughts explaining why her words abuse Arabs and Muslim Americans and how it’s problematic because of her position.”

He says he was inspired to act because so many of the museum’s visitors will be deceived by its double standard. “Thousands of Americans are going to come to the museum for the purpose to collectively remember the tragedy. But I see a fundamental inconsistency if someone on the board who has racist and bigoted world views.”

University of California at Berkeley sophomore Richard Idriss wrote and posted the petition that has gained hundreds of signatures demanding Debra Burlingame step down as board member at 9/11 Memorial Museum.

Among those who’ve signed the petition is Don Charlebois, whose brother David was in the same cockpit with Debra Burlingame’s brother when it crashed into the Pentagon. He wrote in the petition that there was no place for a board member spewing hate. “My brother David shared the cockpit with Ms. Burlingame’s brother and would definitely not stand for intolerance,” he says.

Reached at his home in Keene, Virginia, Charlebois, 61, explains that he’s an unlikely candidate to fight for a cause. “I don’t usually sign petitions.” But this one was different. Charlebois said his brother was an American Airlines pilot but on the ground he also marched for gay rights. “He was definitely not a spiteful person,” he says. “The intolerance was not there.”

Another signee is Phyllis Rodriguez, who lost her 31-year-old son Gregory in the attacks, when he was trapped on the 103rd floor of the North Tower. “Who doesn’t have fantasies of getting back at someone who wronged them?” says the retired schoolteacher from her home in White Plains, New York. “I chose not to act on hate and negative urges.”

Despite the outrage over Burlingame’s comments, the 9/11 Memorial Museum tells Vocativ in an email statement that it has no plans to remove her from its board. “As someone whose brother was killed aboard the plane in the attack on the Pentagon, Debra Burlingame stands as one of the most committed, and her contributions over the years have helped build a special place that honors the memory of the victims, preserves the history of 9/11 and presents the facts of a horrific tragedy. We are honored to have her serve on this board.”

Rodriguez, for her part, hopes the museum’s leaders reconsider their endorsement. “The things she’s saying are a kind of racism,” she says. “[Burlingame] is so extreme that the other members might be glad to get rid of her.”