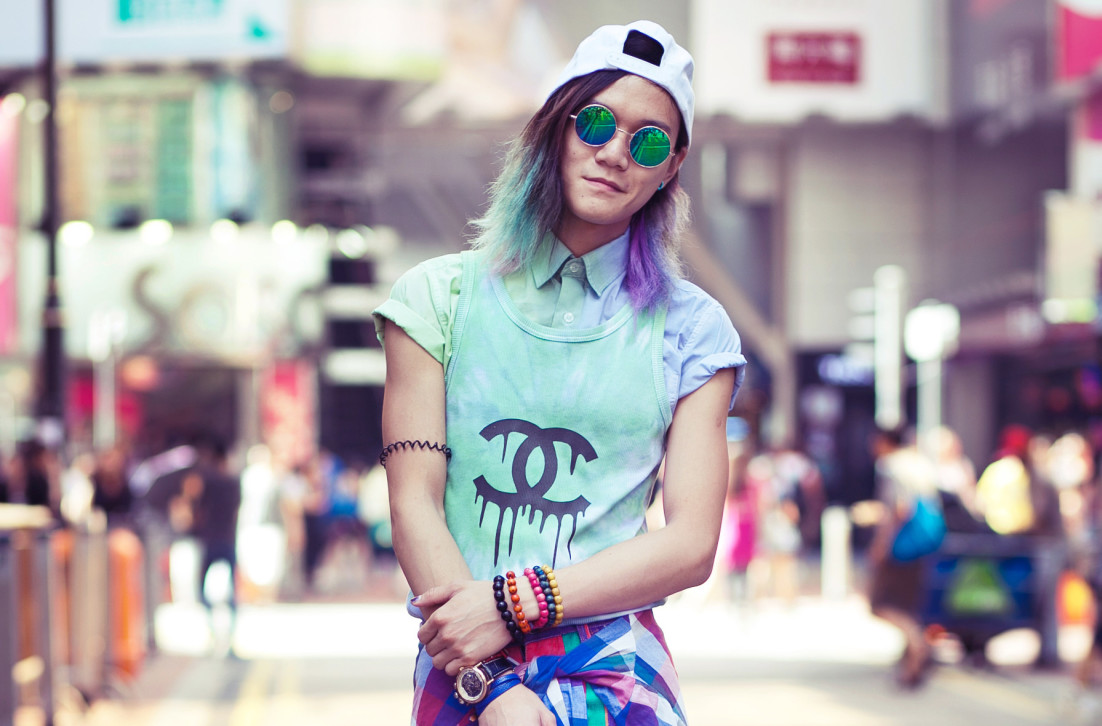 Svante Jerling, a Swedish photographer living in Beijing, can tell you a lot about what neon-tired bikes and studded collars mean for Chinese fashion. As the marketing director at P1, an invitation-only digital-magazine-slash-social-network for “young, wealthy urban trendsetters,” Jerling snaps photos of China’s shishang quan’r (fashion inner circle) in Beijing, Shanghai and Guangzhou, then analyzes the images to understand how style works. And in the next few weeks, he might just transform the way data analytics and street style can merge to predict future fashion trends.

Tweet at us: Is fashion something you care about?

Founded in 2007 by Wang Yu and Sophie Pan, two offspring of Chinese political families, Beijing-based P1 has some 6 million street-style photos in its library. The company employs a team of specially trained analysts, ones who use “modern image analysis technology” (think: photo-recognition software), to spot style elements in its images, including brand logos, colors, designs and fabric patterns. The analysts use this information to identify themes and shifts in trends.

The company will unveil its findings in December at Orange, an exhibition space in one of Beijing’s trendiest outdoor shopping malls, the Taikoo Li Sanlitun. “We want to tell the story of Chinese young people going from not having style in 2007 to having unique styles that you can’t find anywhere else,” Jerling says of the upcoming exhibition called The Great Style Leap. He adds: “By looking at pictures, you can follow that change.”

P1 has already pinpointed a number of trends through its technology, including the “androgyny” and “studs” trends of 2011, the “hair dye” and “neon” trends of 2012 and the growing popularity of “fixie bikes”—cruiser bikes in bright colors—this year.

A sample trend page from P1's plans for the "Great Style Leap" includes analytics on who's wearing neon. (P1)

Because young men and women in China have only recently begun to experiment with fashion, they’re playing catch-up. As Jerling says, they “missed out on the neon trend of the 80s.” And while “cool” is a moving target, Chinese fashion bloggers, like their counterparts elsewhere, are leading the way toward cultivating and solidifying trends. Except that unlike their peers in other countries, many create their very own fashion lines—in addition to blogging—by commissioning clothing they like from local factories and selling their own personal collections on their social media profiles. “People are desperate to create styles,” Jerling says.

P1 didn’t always analyze its photos like it does now. When the company launched, Yu and Pan set out to create a social platform for the elite (what P1 on its Facebook page defines as “more than two million outstanding individuals”) and their interests—things like cars, travel and luxury products. P1 showcased its photos in slide shows online. In 2011 the team started analyzing its photos after realizing it possessed “a huge database of young urban trendsetters’ styles”—what men and women were buying, what colors they liked and the items of clothing they wore together.

Of course, P1’s database now also includes a lot of information about which luxury designers are most popular and the cities where their logos appear most frequently. This means P1’s collection of photos could soon be very valuable for brands like Louis Vuitton, which has four locations in Beijing alone. “They’re not used to the type of data I have,” Jerling says. “I think they’ll realize what kind of data we’re sitting on at the exhibition.”

The event, which will run between Dec. 13 and 19, will be an interactive look at the evolution of Chinese fashion, with a particular emphasis on “personal progress” and “individuality.” Which is fitting, Jerling says: “Fashion is not only what people wear here. It’s the one dimension of life where they’re free to set their own rules.”