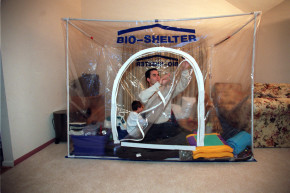 Beyond the Bunker: Preppers Go Mainstream
By Shane Dixon Kavanaugh

Beyond the Bunker: Preppers Go Mainstream 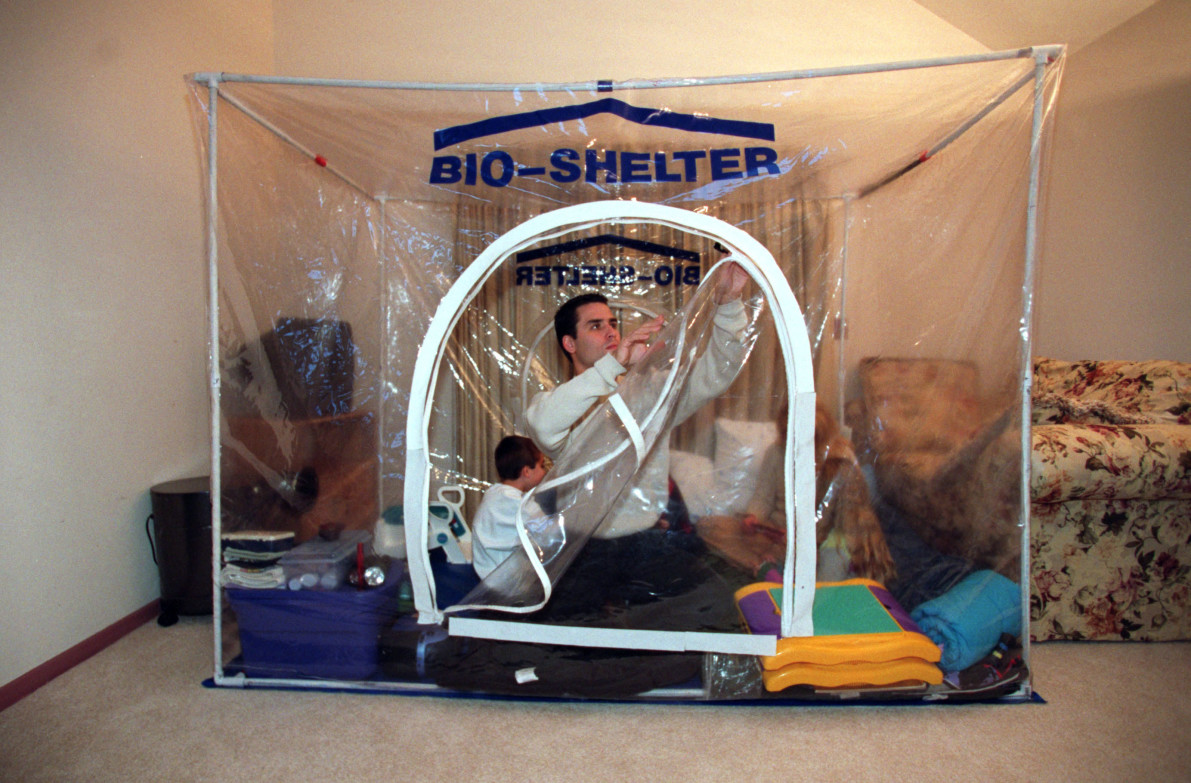 PORTLAND, OREGON—Sharon has come out of the closet: She’s a Prepper, and that’s OK. Now she’s leaving nothing to chance.

She has her “bug-out bag” at work (a job with an Oregon state agency), filled with freeze-dried food, maps, an N95 particulate mask and oodles of other survival swag. She has a tricked-out 1975 Ford van that will soon power a car battery, refrigerator and television set with solar panels. Inside her ranch-style Portland home, she has enough macaroni, pinto beans and canned goods to keep a family of four alive for six months.

“Yes, but I’m still behind the eight ball,” she says, running her fingers along the first aide boxes, buckets of lentils, and crates of cast iron skillets stacked floor-to-ceiling in her guest bedroom.

When we spoke she had just returned from walking General, her Staffordshire terrier, who packs his own food, water, chain and dish on his back. She was about to haul a mini orchard of pear trees, apple trees and gooseberry bushes out to the 20-acre property she purchased near the Columbia River Gorge last year.

Gas lines during Hurricane Sandy. In the aftermath of the storm, Preppers are less stigmatized. (Mike Segar/Reuters)

Sharon is among the growing group of Americans who weathered ridicule—and often contempt—through Y2K, 9/11, Katrina and the Great Recession, while persistently preparing for when the shit hits the fan. But something has shifted in the last year. The stigma shared among Preppers has started to ebb, fueled by the devastation wrought by Hurricane Sandy and the stringent whiff of chaos left in her wake.

These days, Preppers feel emboldened and unabashed (even if they are a bit paranoid about talking to journalists). They’re also swelling in numbers, making up an increasingly mainstream slice of the American pie. “I’m not so different anymore,” says Sharon, letting out a deep sigh and smiling. She still didn’t want us to reveal her full name, let alone take her picture. “It’s been a total whirlwind for me.”

Before the storm, they were just another fringe survival group, a cadre of whack jobs stockpiling guns and food, anxiously awaiting a manmade (or zombie) apocalypse. Cast as a battery of white, conservative men, they holed up in bunkers out in the sticks and howled through ham radios about solar flares, social unrest and grid-down scenarios. A few of them made fools of themselves on reality TV.

In the year since, that caricature has shattered like a kneecap smashed with a ball peen hammer. Disaster preparedness has become a $500 million industry—even more, by some estimates. And it turns out that Preppers include everyone from brass-balled New Yorkers to women like Sharon, a government employee and registered Democrat.

A family in New Jersey purchased a self-contained Bio-Shelter to protect themselves against chemical and biological terrorism. The shelters are sold for $1,975 online. (Scott Houston/Sygma/Corbis)

“This is not a bunker mentality. This is not paranoia,” says James Wesley Rawles, an author, survival retreat consultant and editor of the compendious SurvivalBlog.com. “These are average folks. We’re talking soccer moms and run-of-the-mill working class people who simply recognize the fragility of our society.”

Such frailty was on hyper display following Sandy’s savage blows, the pandemonium magnified through computer screens, televisions and social media like a digital storm surge. The images beaten into millions of brains were simultaneously awesome, horrific and unfathomable. An obsidian-flecked Manhattan skyline. Lights out. A roller coaster swept into the ocean. Mile-long gas lines that looked like fuses ready to ignite. There were homes ransacked and children’s piggy banks smashed. There were stores looted. There were dudes with crossbows looking like Rambo ready to defend their turf.

In Eugene, Oregon, about 100 miles south of Portland, Michael Warren had already caught the Prepper bug. But as he watched the bedlam unfold last October, he knew it was time to get more serious about his own safety, if, God forbid, something of that magnitude should happen where he lived. “The perception that we learned something from Katrina was very strong,” he says. “But then Sandy demonstrated that, once again, emergency services failed to perform adequately.”

So, much of Warren’s last year has been a crash course in self-reliance. He has fashioned a small, portable solar power generator in his garage for flashlight batteries, cell phones and radios. He has given gun-safety lessons to friends, while adding a few extra firearms to his own collection. He even started a vegetable garden in his backyard over the summer. The chard was a hit.

He has not shied away from talking survival shop with his buddies, neighbors and co-workers—something he’d been reluctant to do in the past. “It’s sure as hell harder for someone to say that you’re crazy, that you’re a kook,” Warren says. “It’s sure as hell easier to come out and say, ‘You need to meet your own needs and be ready to take care of number one.’”

More and more folks are looking to do just that. Prepper potlucks, podcasts, Meetups, workshops and expos continue to bud from Coos County, Oregon, to Cobb County, Georgia. YouTube channels dedicated to tactical defense, medical preparedness and homesteading have reached 50,000-plus subscribers and millions of views. There are even dating sites for like-minded survivalists to find love and companionship, which have more than tripled in membership in the last 18 months.

But despite the gains, prepping still ain’t easy. While reality shows like Doomsday Preppers, Doomsday Castle, and Doomsday Bunkers have given the movement a jolt of publicity, they have featured personalities that range from the extreme to the bat shit crazy.

From a financial standpoint, the price of preparedness remains too high for many. And although the steady drumbeat of natural disasters, political turmoil and economic uncertainty plays daily in the media, the warning signs fall on deaf ears.

Preppers like Sharon shrug that all off. “There are two things I can’t control. One is Mother Nature. The other is human nature,” she says. “We’ve seen what both can do.”