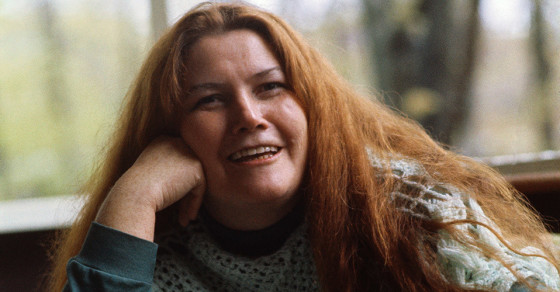 When beloved Australian author Colleen McCullough died yesterday, national newspaper The Australian printed an obituary that credited the 77-year-old’s wit and charm—despite what they perceived as her grotesque physical limitations.

“Colleen McCullough, Australia’s best selling author, was a charmer,” it begins. “Plain of feature, and certainly overweight, she was, nevertheless, a woman of wit and warmth. In one interview, she said: ‘I’ve never been into clothes or figure and the interesting thing is I never had any trouble attracting men.'”

Understandably, people were upset. Instead of focusing on McCullough’s abilities and professional success—in addition to being a best-selling author of 24 books, she was also a neuroscientist and received an Order of Australia—the newspaper reduced her life to hollow value judgements and her shocking ability to get laid.

But rather than stay mad for long, fans instead chose to get even by creating the hashtag #MyOzObituary. Since the news broke, people have been tweeting their own obituaries using The Australian’s template. And the results are amazing.

Pointy chinned and unusually hairy for a woman, she nevertheless understood the difference between a colon and a semicolon. #myozobituary

Despite her large mouth & teeth, she managed to publish some things & even appear in public. #myozobituary

despite persistently frizzy hair, she managed to hold down a full time job for most of her adult life #myozobituary

Johnson, who had an unattractive pointy nose & crooked teeth, was nevertheless a writer of nine works of fiction #myozobituary

Despite a nose like a bowsprit and an allergy to hairdressers, she was able to type almost as well as a man. #myozobituary

She was short, ethnic and had a voice that carried. Despite this, she managed to finish university. #myozobituary

Her hair was consistently more surprised to be awake than she would ever be. She had donuts for breakfast. It showed. #myozobituary

With more coming by the hour, you can take a look at the rest of the Twitter gold here.