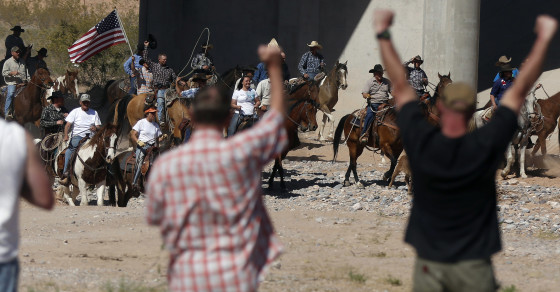 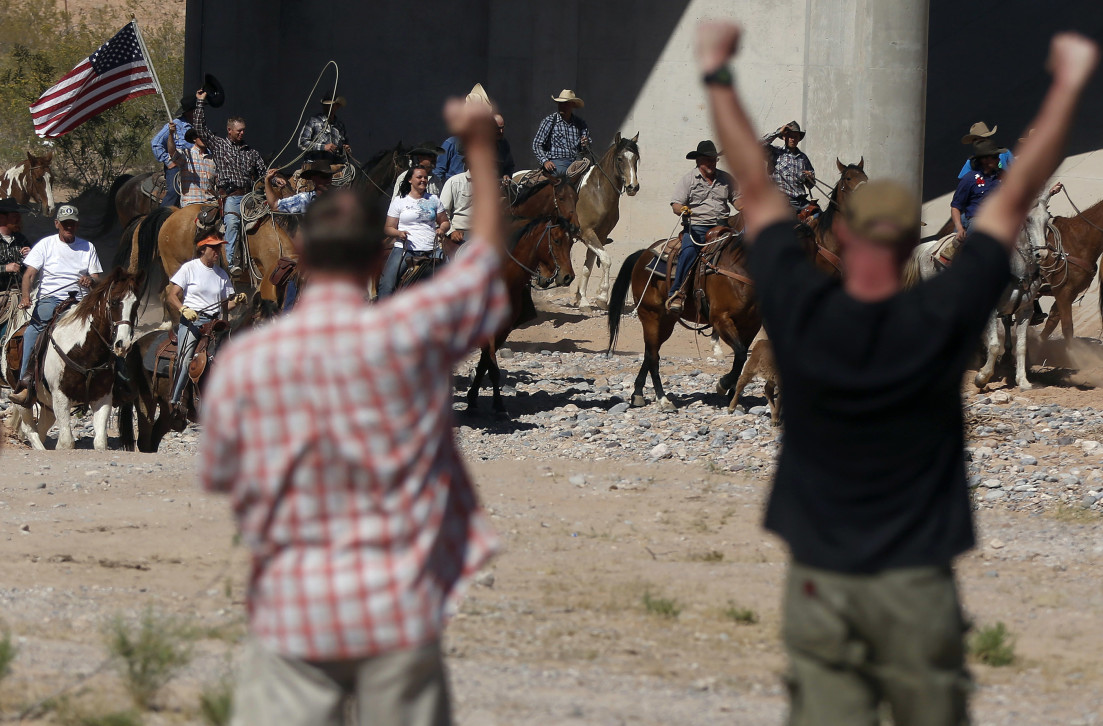 The range war might be over. But the battle has only just begun for America’s newly galvanized militias.

A hodgepodge of right-wing bedfellows beat back the federal government this weekend, forcing the Bureau of Land Management to turn tail on its effort to seize cattle from a wealthy Nevada rancher. Anti-government groups, Tea Party politicians and gun rights activists swarmed to the aid of Cliven Bundy, who had entered a standoff with armed rangers after he refused to pay more than $1 million in fees for grazing his cattle on government land.

The showdown between the feds and 1,000 armed and angry people quickly became a cause célèbre for conservatives and devolved into a national spectacle that came precariously close to a bloodbath. No group benefited more from the syndicated shit-show than the ragtag militia members who descended upon the Bundy ranch with enough firepower and bravado to force the BLM to back down.

The perfect storm of publicity and a simmering contempt for the bureaucratic boogeyman of tyranny has been a boon to the patchwork of paramilitary groups, who are feeling emboldened and preparing for the next confrontation.

Protesters gathered at the Bureau of Land Management's base camp, where cattle that were seized from rancher Cliven Bundy were being held near Bunkerville, Nevada.

“This was a watershed moment, there’s no question,” says Jerry Bruckhart, co-founder of Operation Mutual Aid, a coalition of state militia groups. “It’s going to be recorded in history—assuming we can keep up the pressure—as the beginning of the counter-revolution.”

Members of Operation Mutual Aid were among the first protesters to set boots on the ground near Bunkerville, the swath of Nevada desert 80 miles northeast of Las Vegas that’s home to the Bundy ranch. Ryan Payne, who started the group with Bruckhart, arrived from Montana on Wednesday night prepared for a shootout with the federal government. Over the next few days, like-minded soldiers affiliated with OMA trickled in from as far away as New Hampshire, North Carolina and Georgia, Bruckhart says.

They arrived wearing combat fatigues and camouflage, with holstered handguns and AR-15s. While most members insisted they did not want to see anyone harmed, many were prepared to pull a trigger if provoked. In one dramatic image that made the rounds on social media, a militia sniper is seen perched on a highway overpass clutching an assault rifle.

As the tension between BLM rangers and armed protesters continued to escalate into Saturday, the agency finally decided to call it quits on the cattle grab. In other words, the federal government had backed down.

“Based on information about conditions on the ground and in consultation with law enforcement, we have made a decision to conclude the cattle gather because of our serious concern about the safety of employees and members of the public,” the bureau’s director, Neil Kornze, said in a statement.

Eric Parker from central Idaho aims his weapon from a bridge.

But no sooner had the militias claimed victory at the Bundy ranch than the focus among agitators began to shift toward the next battle and how to maintain a surge of new momentum. Rallying cries for continued confrontation have since ricocheted across the Internet, magnifying in intensity through a network of right-wing social media channels and alternative news outlets.

“It needs to happen like this every single time,” proclaimed one prolific video blogger, who identifies herself as a “patriotic Marine Corps veteran” and “outspoken freedom fighter.” Her YouTube channel, Thepoliticalport, has over 11,000 subscribers. “We’re no longer going to take this shit. We let them play their little games and now the fucking game is over.”

Viewers quickly chimed in with their own call to arms. “Bring your courage, your Faith, your God and guns!” wrote YouTube user Jim Morales. “This is the cause. The tree of liberty must be fed time to time with blood of patriots and traitors!”

Another user, who goes by the name hellavadeal, added: “One small victory. The war just started. Hope still lives.”

Meanwhile, hundreds of militia members across the country have begun to strategize and coordinate their next show of strength through a series of conference calls that have raged long into the night. Talk has already surfaced about making their presence known at Operation “American Spring,” an anti-government rally scheduled for May 16 in Washington D.C. Other members have batted around ideas of staging civil disobedience demonstrations in other states.

Rancher Cliven Bundy at his home in Bunkerville.

“They’re on the lookout for the next real major situation,” says Jack Kay, a communications professor at Eastern Michigan University who has written extensively on militias and other fringe groups. “And frankly, they’re going to be able to mobilize much more effectively on the next one. These folks are somewhat media-savvy. They know what it takes to get media attention.”

Operation Mutual Aid is already gearing up for the next showdown, wherever it may be. In just the last few days, they’ve seen their membership double to more than 400, Bruckhart says. Most of their militia members can be ready to roll out on any mission within 24 hours notice. Their mission, Bruckhart says, is simple: “to remove tyrants from positions of power.”

“We’re not playing games,” he says. “We’re not going to be disarmed.”

In an interview with Northwest Liberty News, Stewart Rhodes, the founder of Oath Keepers, a prominent right-wing law enforcement group that boasts many militia members, was similarly bullish.

“I think what will happen next time is that the government response will be more severe,” he said. “But then, so will the response of the people.”