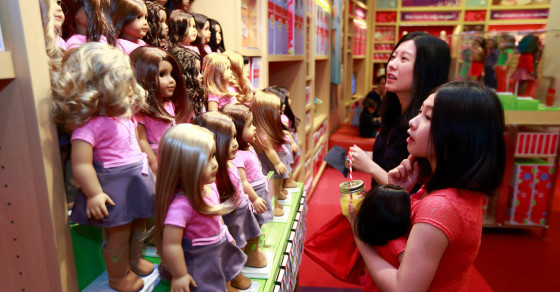 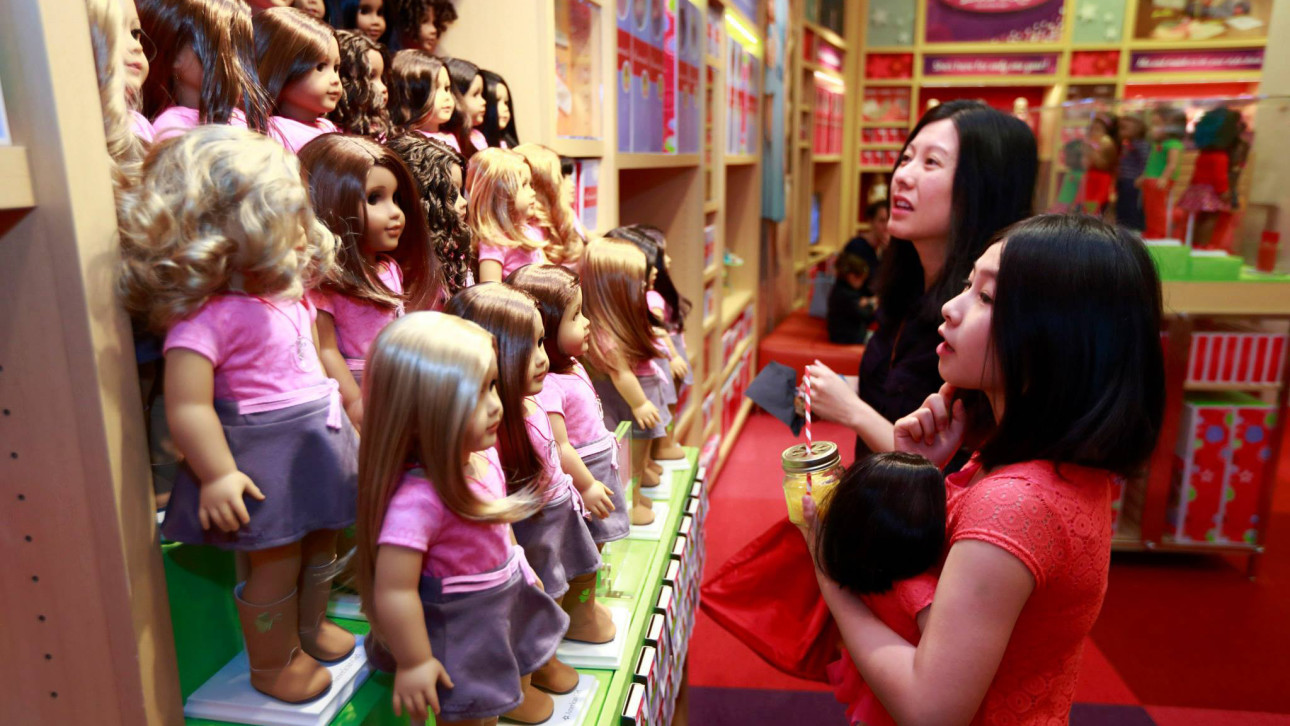 It wasn’t so simple, though. What the brand failed to address in its statement, but which very quickly became evident in blog posts, was that Cécile, an African-American doll, and Ivy, an Asian-American doll, were two of the only dolls of color in American Girl’s standard collection.

The Facebook post has since spawned more than 1,100 comments, including some from American Girl public relations combatting rumors about the company’s racial motives. Race, the PR reps say, has nothing to do with the brand’s decision; rather, it’s a tactical business choice about the value of its historical dolls like Cécile and Ivy, and all part of the company’s slow but relatively silent evolution as a brand working to refresh its appearance.

“While we are archiving these characters as part of this shift in strategy, we remain incredibly proud of the wide range of backgrounds, cultures and races offered in all of our doll lines,” says Stephanie Spanos, American Girl senior PR rep, in an email to Vocativ. “We’re honored that people look to us as a leader in creating high-quality, diverse characters.”

There isn’t an obvious lack of diverse characters in the set: The company maintains its “My American Girl” series, where collectors can create dolls in their likeness, and its “Girl of the Year” series, to which a new doll is introduced annually. The brand also continues to manufacture some of the very same dolls it did when it launched, known to collectors as the “Historical Characters,” and those dolls reflect a variety of backgrounds and races. So though the company is eliminating its “Best Friends” collection, character pairings of which Cécile and Ivy are a part, there’s no shortage of cultural variety.

All this is perhaps why reactions on Facebook are so mixed; comments following the post are part eulogy (“The Historical Dolls taught me history and were one of the happiest memories of my childhood,” one woman writes); part concern for the future (“If you decide to have no historical girls at all…my little girl and myself with be crushed,” writes a mom); and a lot of confusion about why the brand is doing away with some of the few racially diverse dolls in its standardized collection (“I guess Asians are no longer an important demographic to the American Girl company,” writes another mom).

Spanos recognizes that the news “can be disappointing to some”—especially loyalists attached to discontinued dolls—but reiterates that the selection is part of the brand’s overall business calculations. “Our goal—as it has always been—is to ensure that all of our doll lines remain successful for generations to come,” she says. “That means continuing to refresh and evolve the lines over time so they remain interesting, meaningful and enjoyable for girls today.”

But is the brand sacrificing some of its authenticity for future success? In an April 2013 article published in The Atlantic, Amy Schiller explores the notion that the dolls are no longer as “radical” as they used to be. “With a greater focus on appearance, increasingly mild character development, and innocuous political topics, a former character-building toy has become more like a stylish accessory,” she writes. “Now the company’s identity feels as smooth, unthreatening and empty as the dolls on their shelves.”

New Yorker blogger Adrienne Raphel makes a similar point in an October 2013 follow-up story, in which she, too, reflects on the personality of the brand. In the story, “Our Dolls, Ourselves?” (note the question mark), Raphel says more than 23 million dolls have been sold since the launch of the company, but many collectors feel the brand had sold its soul to bigger business ideals.

Perhaps the best example of the brand’s recent shift from personality-based to profit-based decision-making is Isabelle—the latest doll to hit shelves. Part of the company’s “Girl of the Year” series, Isabelle is a blond ballet dancer whose primary accessories are her vanity table and yoga mat. And while she isn’t outwardly diverse in any quantifiable way (her most obvious quirk is the pink streak of dye that runs through her hair), she certainly reflects the aspirations of many young girls across the country.

Even so, Spanos promises that the brand’s forthcoming personalities will continue to reflect American Girls’ push for a diverse crowd on shelves. And the company promises that its discontinued historical characters will live on in the form of its “BeForever” book line, out this fall. “As always, we look forward to introducing new characters with exciting new adventures, exposing girls to rich cultures and fascinating new eras in the future,” she says.