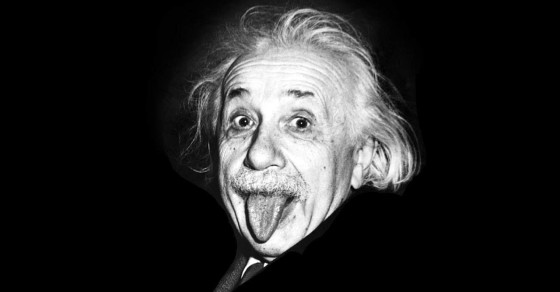 Women Avoid Science Fields That Are Full Of Self-Appointed Geniuses
By Joshua A. Krisch

Women Avoid Science Fields That Are Full Of Self-Appointed Geniuses

There aren’t a lot of women in physics. Or computer science, or astronomy. But about half of all biochemists and neuroscientists are female. Why do women in STEM—an acronym for science, technology, engineering and mathematics—skew so heavily toward certain disciplines?

In a study published Thursday, researchers reported that women tend to avoid fields that they think require lots of natural talent. “We found that women were indeed less likely to obtain PhDs in fields that idolize brilliance and genius,” says Sarah-Jane Leslie, a professor of cognitive psychology at Princeton University and co-author on the study, in a press conference earlier this week. 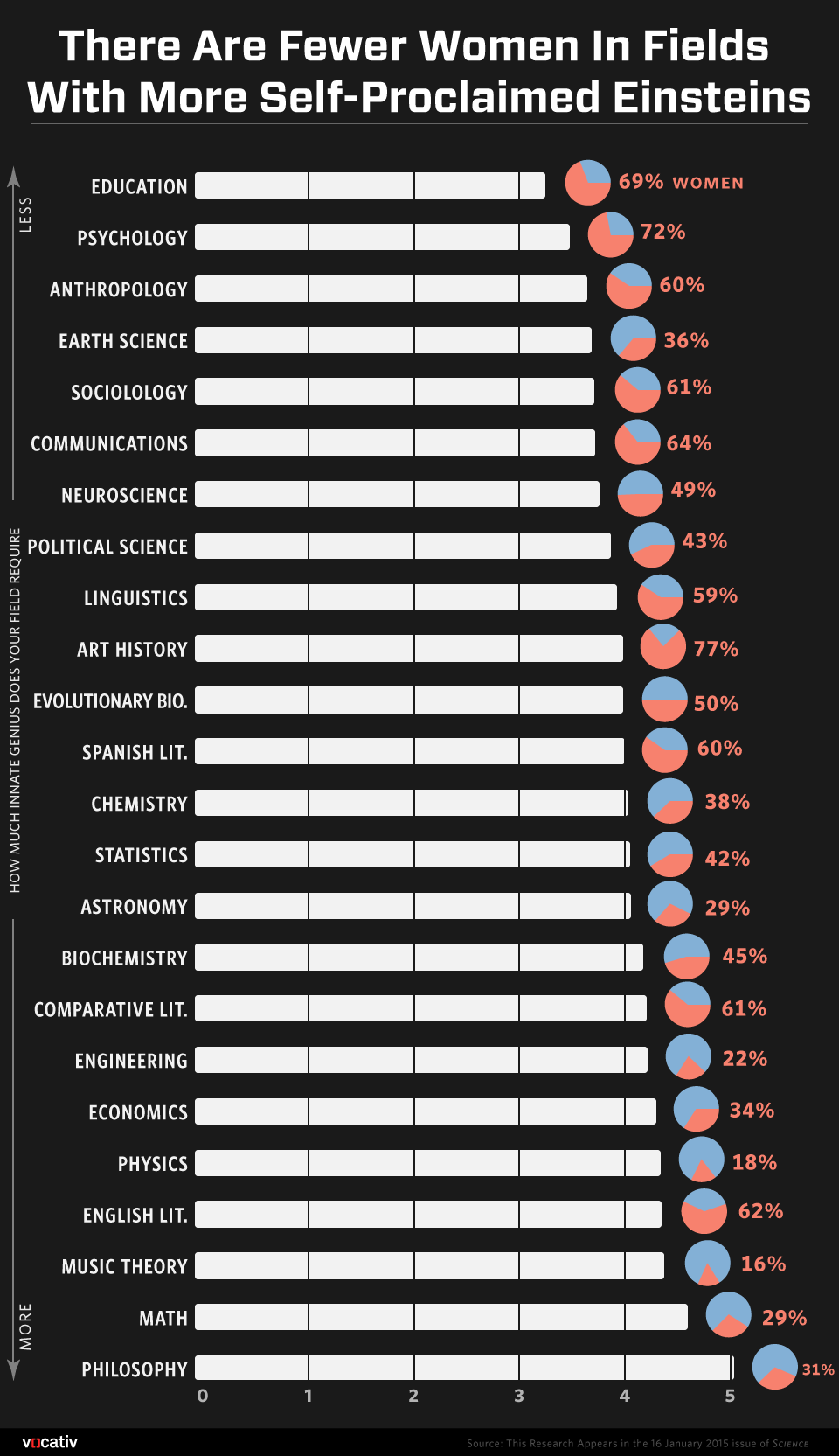 Leslie and her team surveyed more than 1,800 scientists and graduate students from 30 different scientific disciplines. They asked participants to rate their levels of agreement with questions such as, “If you want to succeed in [discipline], hard work alone just won’t cut it; you need to have an innate gift or talent.” The researchers found that fields rated high in the area of raw talent tend to have fewer women within their ranks.

More Didn’t Go To A Top 10 University? Forget About Teaching At One

Incidentally, the researchers also found that certain disciplines have a surprisingly high number of scientists who think they’re geniuses. Philosophy majors, for instance, rate themselves several points higher on the innate talent scale than biochemists, statisticians and even physicists. Really?

Leslie believes that societal biases play a role in these results. “Pervasive cultural associations link men but not women with raw intellectual brilliance,” she says. Leslie points to cultural icons of male intelligence, like Sherlock Holmes, who is naturally brilliant. Icons of female intelligence, on the other hand, tend to be hard workers—more like Hermione Granger. “Women’s accomplishments are seen as grounded in long hours poring over books, rather than in some kind of raw brilliance,” Leslie says.

Jury is still out on how we’re going to break the news to the philosophy majors.