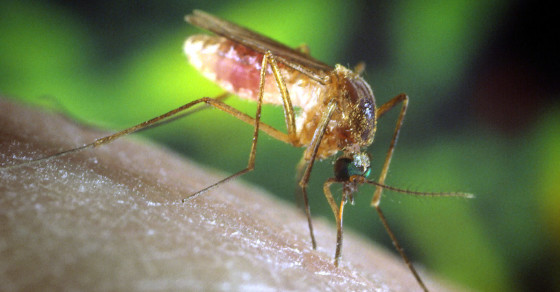 This Is Why Mosquitoes Love You
By Elizabeth Kulze

This Is Why Mosquitoes Love You

Mosquitoes didn’t always feast on people. Thousands of years ago, they actually preferred our furrier mammalian friends, until they gradually made the switch to human blood. In order to understand why, researchers at New York’s Rockefeller University began examining the genes that are behind the evolutionary shift, and what they discovered is that mosquitoes find our smell simply irresistible.

“They’ve acquired a love for human body odor, and that’s a key step in specializing on us,” says Leslie B. Vosshall, the head of Rockefeller’s Laboratory of Neurogenetics and Behavior. “It was a really good evolutionary move. We provide the ideal lifestyle for mosquitoes. We always have water around for them to breed in, we are hairless and we live in large groups.”

The journey to figure out why the pests switched to a human diet began in the 1960s in Rabai, Kenya, when scientists discovered two types of mosquitoes coexisting there: black mosquitoes, which tended to lay eggs outdoors in natural water sources and bite animals, and their light-brown cousins, which preferred to lay eggs indoors in water jugs and hunt humans. One of Vosshall’s colleagues traveled back to the country in 2009 to collect larvae and bring them to New York to test in a laboratory setting. She found that what the scientists had observed 40 years ago was still true: Black mosquitoes preferred to bite the lab’s guinea pigs, while brown mosquitoes went after humans.

To nail down which particular genes are responsible for the human attraction, Vosshall and her colleagues crossbred the two species of mosquitoes to create a genetically diverse group, and then recategorized them based on their preferred food source. They took the human-loving group and looked for the odor-receptor genes that had higher levels of expression in the insects’ antennae. One gene in particular, Or-4, stood out.

To figure out what aroma the Or-4 gene was detecting in humans, the researchers had volunteers and guinea pigs wear pantyhose for 24 hours (sadly, we were unable to find a photo of the guinea pigs in tights). Afterward, they put the dirty garments in a machine to separate their smell into the hundreds of chemicals that make up a body’s scent, and isolated one chemical agent, sulcatone, that was not found in the guinea pigs.

Sulcatone is an important aroma that gives humans their unique scent, and while Vosshall believes other odors and genes are likely involved, it does explain at least part of why mosquitoes became attracted us.

Now if only someone could figure out a way to neutralize it. Febreeze, you ain’t cutting it.