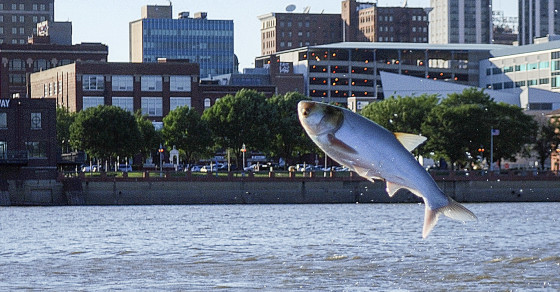 As the Washington University rowing team nears the end of practice on Creve Coeur Lake outside St. Louis, they are ambushed by a small guerilla army. The team has unwittingly crossed into Asian carp territory. In packs of dozens, the fish fling themselves at the intruders.

Introduced into American waters by Southern farmers in the 1970s, Asian carp have now taken over swathes of the Mississippi River and are soon expected to reach the Greak Lakes. Asian carp isn’t a single kind of carp — it’s a number of different types that can weigh up to 100 pounds. And they aren’t only hostile to humans, they can attack ecosystems, too. They are bottom-feeders with a massive appetite for plants and other fish.