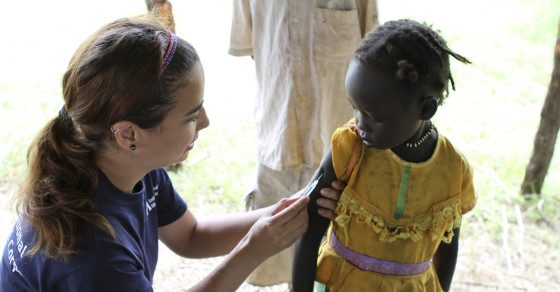 West Africa Braces For A Deadly Measles Outbreak
By Joshua A. Krisch 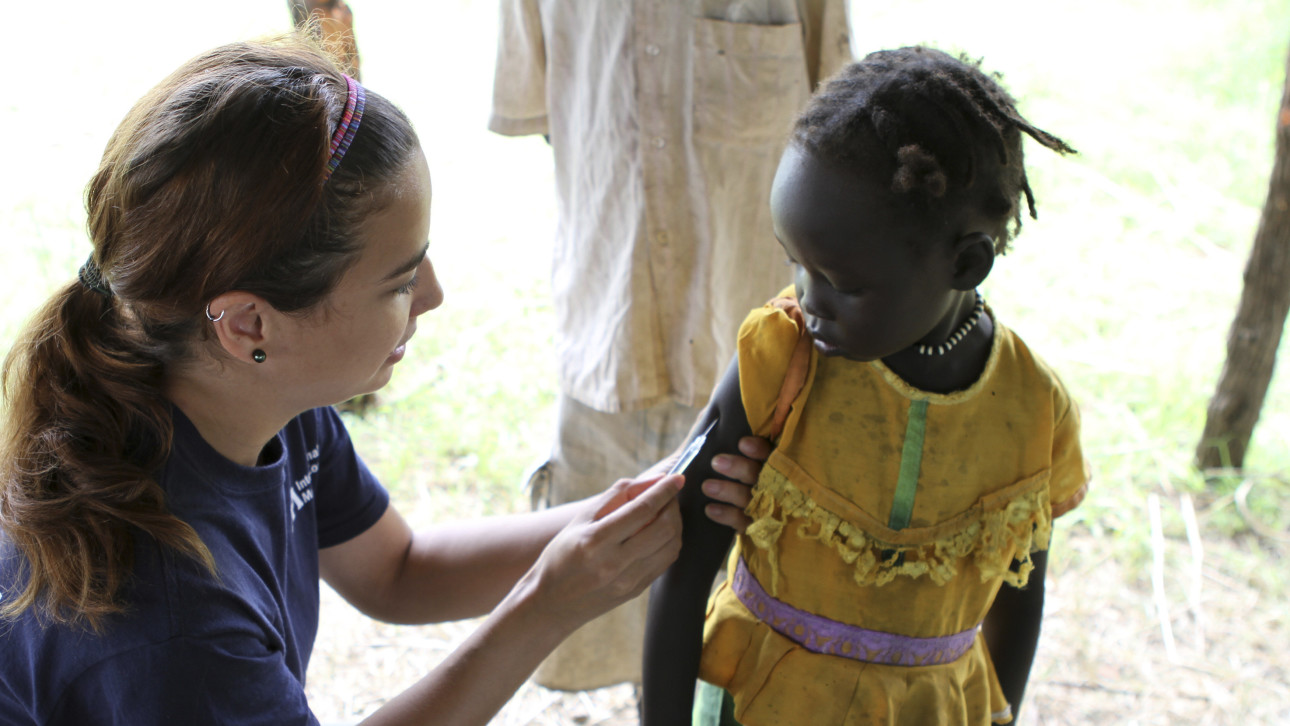 Amidst the international scramble to contain Ebola, hundreds of thousands of West African children did not receive their vaccines. And according to new research, this lapse may double the number of measles cases in the region this year—and claim 16,000 more lives than usual—potentially kicking off an epidemic far worse than Ebola.

During the recent Ebola outbreak, many clinics in Liberia, Sierra Leone and Guinea were forced to close, and parents often refused to bring their children to the few remaining facilities for fear of the virus. This left roughly half a million children unvaccinated and over 227,000 likely to contract measles this year, scientists estimate.

To map this scenario, researchers calculated the probability of a West African child receiving routine vaccines under normal circumstances, and compared that with an estimated 75 percent reduction in vaccinations since the Ebola outbreak began 18 months ago. The findings suggest that in addition to measles, we may see a spike in polio, malaria and HIV-related deaths—all due to Ebola-induced lapses in important public health initiatives.

But measles is easily the most preventable threat in the region. Experts say an emergency vaccination campaign right now—before the next outbreak—could save thousands of lives. “Measles is not the only health threat that has been made worse by the Ebola crisis,” says Justin Lessler, an epidemiologist at Johns Hopkins and coauthor on the study. “But it is one we can do something about.”

It wouldn’t be the first time a measles outbreak nipped at the heels of a humanitarian disaster. In 2013 the virus infected thousands in Jordan and Lebanon (see charts below) when unvaccinated refugees fled the Syrian war zone. It also ravaged Haiti in 1991 when political crises disrupted the island’s vaccine regimen. 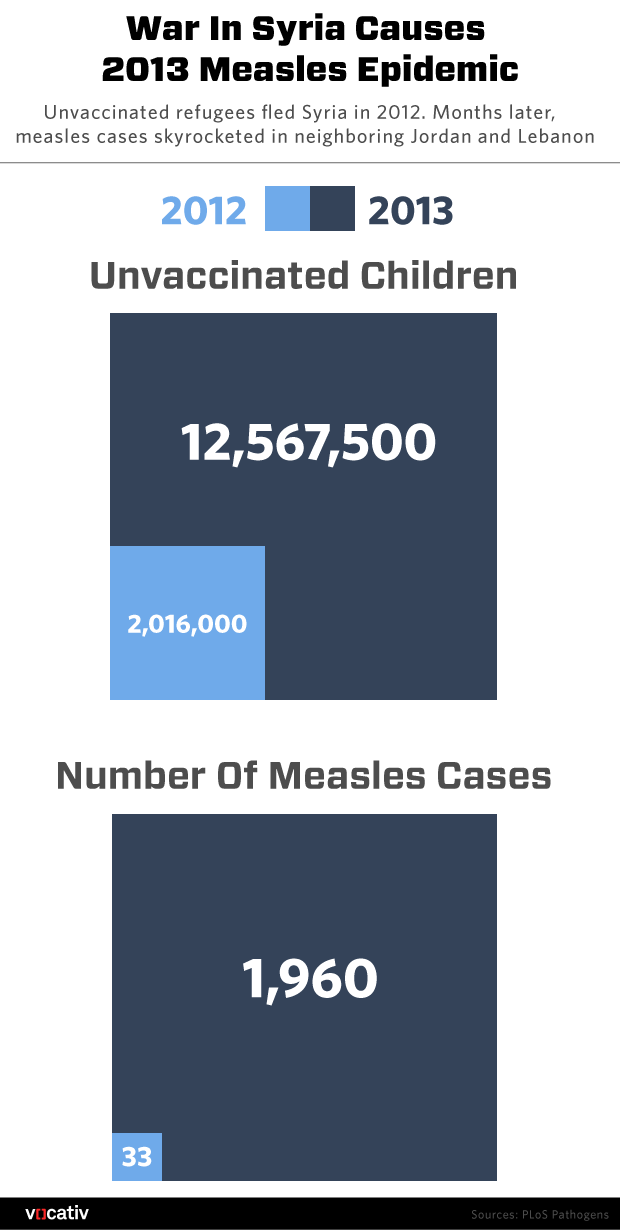 “Reduced vaccination and the risk of measles post-Ebola” (Science/AAAS)
“Yes, Ebola Is Fading, But Now So Are Hopes For A Vaccine” (Vocativ)