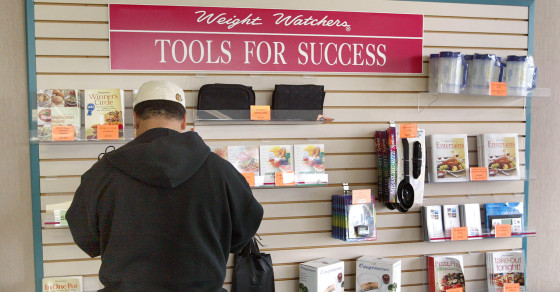 Most Weight-Loss Programs Have No Success Stories
By Joshua A. Krisch

Most Weight-Loss Programs Have No Success Stories

Most commercial weight-loss programs do not have any data to back up their claims, according to a new study published in Annals of Internal Medicine. Scientists found that only 11 of 32 major programs had been tested through randomized controlled trials, and of those programs, only three—Weight Watchers, Jenny Craig and Atkins—had customers who, on average, maintained weight losses for at least one year.

Americans spent roughly $2.5 billion on commercial weight-loss programs in 2014, despite the existence of prior research highlighting their lack of efficacy. A 2005 study found that only Weight Watchers consistently reported better results than less intensive (and less expensive) alternatives, such as counseling sessions with a nutritionist or physician.

In this case, researchers went back to each program’s inception and scanned 4,200 studies for evidence that commercial weight-loss programs had met the scientific gold standard: average sustained weight loss of 3-5 percent for an entire year. (Lower percentages, for less time, the authors say, are unlikely to result in significant medical benefits, such as a decrease in diabetes cases.)

The results were relatively disappointing. Despite the high costs of many commercial weight-loss programs, none boasted results more than 5 percent better than offering counseling sessions or handing out brochures that described the health risks of obesity. Weight Watchers (2.6 percent) and Jenny Craig (4.9 percent) were the only two that showed consistent improvement after one year. Atkins results varied widely, ranging from a paltry 0.1 percent weight loss in one study, to a more impressive 2.9 percent in a separate study. None of the other commercial weight-loss programs had reliable data that showed significant improvements after one year.

The study could have major policy implications, especially since the Affordable Care Act is likely to increase obesity screening, and private insurers may soon start providing coverage for commercial weight-loss programs. “When we’re thinking about weight-loss from a health perspective, I hope that insurers will look at the programs that have good scientific evidence,” says Kimberly Gudzune, professor and weight-loss specialist at the Johns Hopkins University School of Medicine, and coauthor on the study. “You’re taking a gamble with programs that haven’t completed the trials yet.”