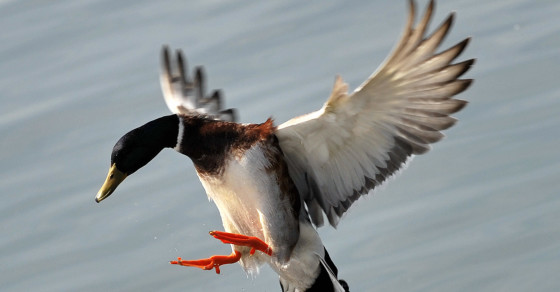 The federal government killed 2,713,570 animals last year—322 gray wolves, 30,000 feral swine and over one million European starlings, to name a small portion of the enormous body count it racks up on an annual basis. The mass cull is part of a Department of Agriculture effort to crack down on invasive species that threaten crops, property and local wildlife. For instance, the USDA kills deer to preserve rare plant species, coyotes to save livestock, and starlings to protect our nation’s feedlots.

Even though less animals were killed in 2014 than in the previous year, the effort can appear excessive—what did 1,140,309 European starlings ever do to you?—and the Department’s methods are not always at the cutting edge of humane hunting. It poisons birds, which is not so bad, but wolves are gunned down by smiling airplane pilots and coyotes end up snared in cruel ankle traps.

Further, it is often unclear exactly what wildlife the USDA wants to protect. “The contradictions can be glaring,” writes Tim Murphy for Mother Jones. “To wit, the USDA killed cats (730) to save rats, but if you’re scoring at home, it also killed 1,327 black rats, 353 Norway rats, 74 Hutia rats, seven Polynesian rats, four bushy-tailed woodrats, and three kangaroo rats.”

In the Department of Agriculture’s defense, invasive species do cost the U.S. economy about $120 billion per year. Here’s a breakdown of some of the animals offed in 2014: 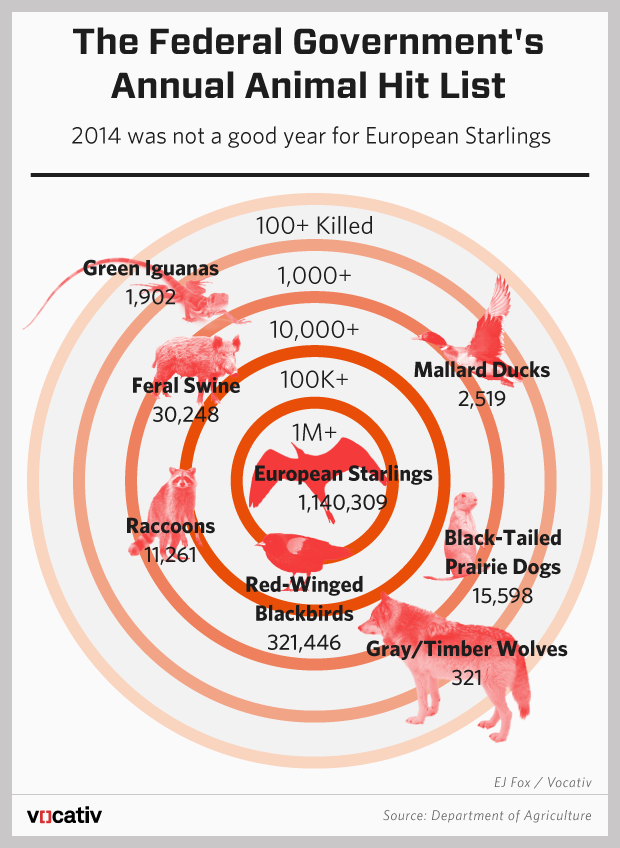