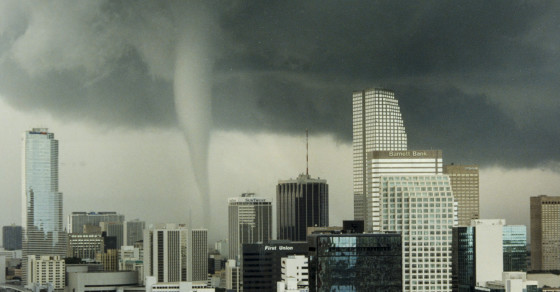 Tornado Warning: Where And When Deadly Twisters Hit
By Abigail Tracy

Tornado Warning: Where And When Deadly Twisters Hit 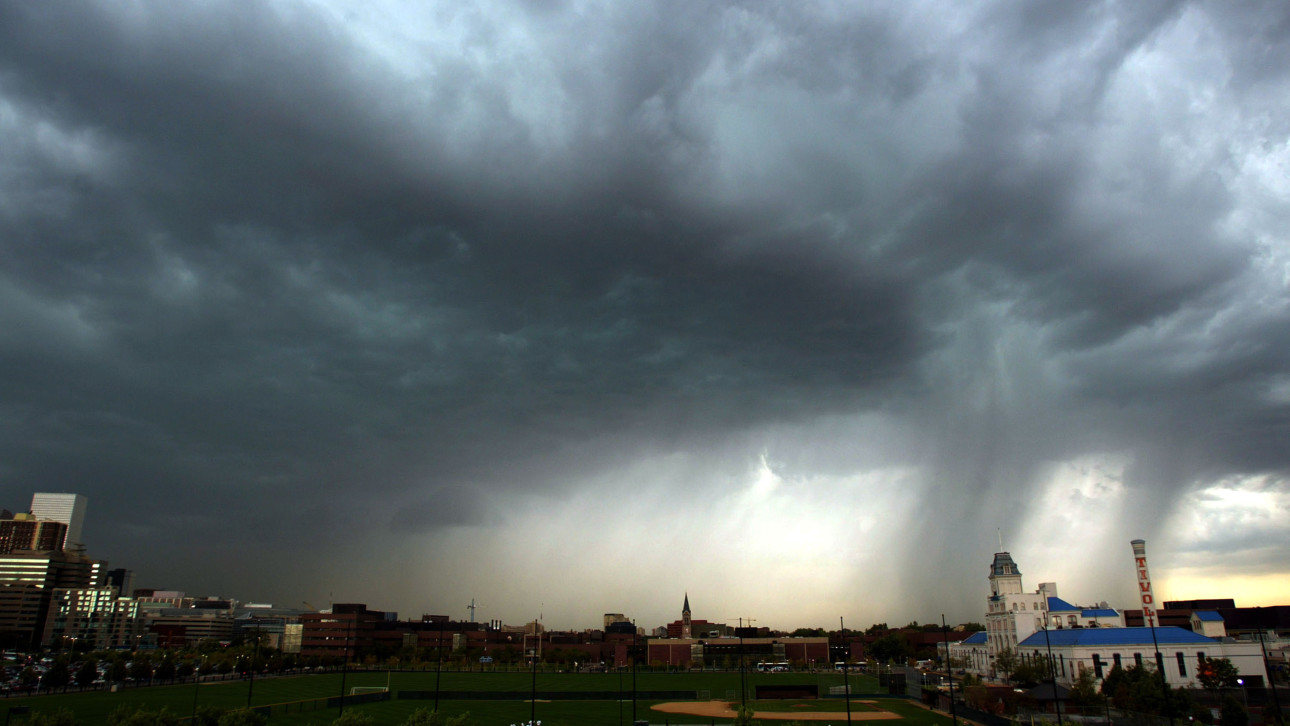 More than 57,000 tornadoes have touched down in the United States since 1950—with one county in Colorado recording more twisters than anywhere else in the nation, a data analysis reveals.

Weld County, Colorado, has been hit by more than 250 tornadoes since 1950— the most of any county in the U.S., according to data from the National Oceanic and Atmospheric Administration, National Weather Service and Mississippi State University.

The data analysis also reveals that average of 1,253 tornadoes touch down each year and the most common time of day they have historically hit has been between 4pm and 7pm. Specifically, the greatest number of tornadoes have touched down at 5pm on Thursdays. Over the years, the infamous “Tornado Alley” has lived up to its name. Texas, Oklahoma, Nebraska and Kansas have been disproportionately hit by tornadoes. But tornadoes, unlike many other deadly natural disasters, have been documented in all 50 states.

Below you can see when tornadoes are most likely to hit and where they have hit the most over the last 65 years. 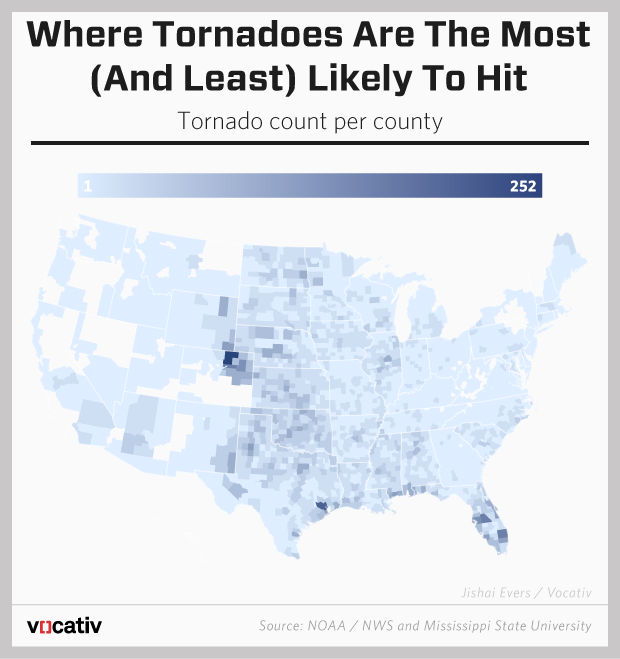 Editor’s Note: This story was updated to include additional data.