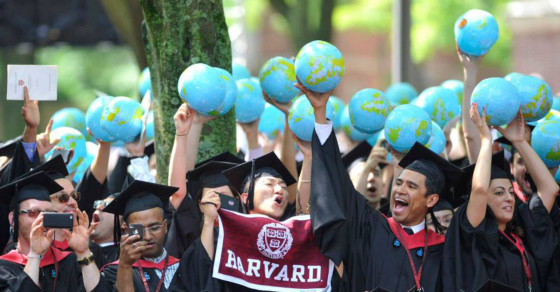 Didn’t Go To A Top 10 University? Forget About Teaching At One
By Joshua A. Krisch

Didn’t Go To A Top 10 University? Forget About Teaching At One

Graduates from 10 elite universities in the United States land nearly 90 percent of all top faculty positions in each field, according to a new study. And women with elite degrees still lag behind men when it comes to nabbing a coveted spot on the tenure-track. The findings suggest that there is a systematic bias—or what amounts to an old boys’ club—among some top schools.

Researchers looked at 19,000 faculty hires across 460 university departments, covering positions within computer science, business and history. They found that “between 70 and 90 percent of professors at elite schools received their doctorates from other elite schools,” according to the paper. The above visualization captures the incestuous nature of faculty hiring, and specifically highlights where MIT computer science students ended up teaching. It is unlikely, the authors say, that these hiring decisions were all based on merit.

For women in academia, the results are even more sobering. Although the researchers found virtually no gender bias in the field of history, top faculty positions in computer science and business were heavily male-dominated. Even women from elite schools were less likely to be hired for top positions than their male counterparts. Prior studies have uncovered the same unsettling trend. Elite teaching jobs, especially in the sciences, are hard to come by. But even harder if you’re not an Ivy Leaguer — and a man.