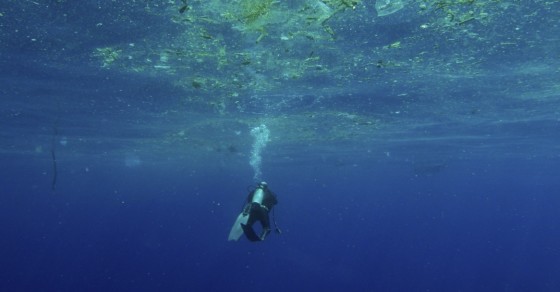 If the ocean was a country, it would have the seventh largest economy in the world. From activities such as fishing, tourism, transportation the ocean has a “gross marine product” of a staggering $2.5 trillion, according to a new study. That estimate (which researchers say is conservative) means that the salty expanse we love has a GDP equivalent of Britain or Brazil.

And yet—we continue to take the world’s oceans for granted and as a result its worth is falling.

The ocean’s assets, valued at a staggering $24 trillion, are in steep decline and have been for decades. Two-thirds of the ocean economy depends on a healthy oceanic ecosystem, but pollution, coastal development and overfishing are threatening its health. For instance, 90 percent of all fisheries are over harvested, and the number of Pacific Bluefin Tuna has fallen by 96 percent from the levels that existed before it was farmed.

Between 1970 and 2010, marine species declined by 39 percent and coral reefs are on track to disappear by 2050, based on the current rate of temperature increase in the oceans. All of these examples of ocean depletion factor into the monetary value of the ocean, and if they continue the value of the ocean will just continue to decrease over time, say experts.

Ocean’s Are World’s Seventh Largest Economy Worth $24tn, Says WWF Report (The Guardian)
Where Did All The Ocean’s Plastic Go? (Vocativ)