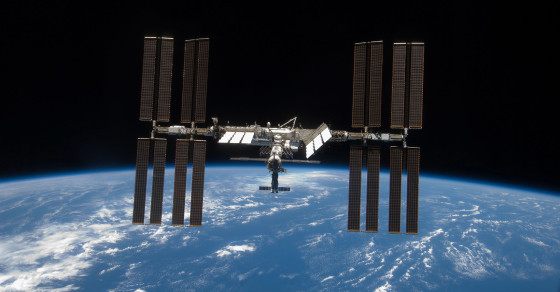 Here Are The “Big Three” Disaster Scenarios In Space
By Joshua A. Krisch

Here Are The “Big Three” Disaster Scenarios In Space

NASA astronauts spent Tuesday night huddled with their Russian counterparts in a closed-off section of the International Space Station, after sensors alerted the crew to a possible ammonia leak. Chris Hadfield, the smooth David Bowie of low Earth orbit, terrified the space community early this morning with a tweet announcing the emergency:

Ammonia is used for cooling through pipes & heat exchangers on the outside of Station. If it breaks through inside it is 1 of the big 3.

Fortunately, it looks like the ammonia leak was a false alarm.

But there’s a reason why this caused a minor freak-out. Ammonia leaks can be deadly. Loops full of ammonia run along the space station’s exterior to help keep the solar panels cool while they power the ISS. If those leaks reach inside the station, the entire crew is at risk. At high enough concentrations, ammonia gas can kill humans in just five minutes.

Those aren't stars. Tiny ammonia "snowflakes" leaked out of the space station in 2013.

In fact, ammonia leaks are one of what astronauts call the “big three”—the most deadly space station emergencies. The other two are fire and depressurization.

Fire is particularly dangerous because of how unpredictable it can be. On Earth, fire basically burns evenly, drawing hot air upwards into teardrop-shaped flames. But in space, fire burns in all directions. And since smoke doesn’t necessarily rise toward the ceiling in space, astronauts are never quite sure where to place their smoke detectors. Also, when it comes to putting out fires in orbit, it takes far more extinguishing material than it would on Earth.

More An Opera Singer Is Paying $52 Million To Visit Space

Astronauts train for the “big three” emergencies hundreds of times before they board the International Space Station. In his book titled An Astronaut’s Guide to Life on Earth, Hadfield describes the general thrust of the NASA training: “Working the problem,” he says, “is NASA-speak for descending one decision tree after another, methodically looking for a solution until you run out of oxygen.” Great.

If you’re looking for some light reading, here’s the official manual for space station emergencies.