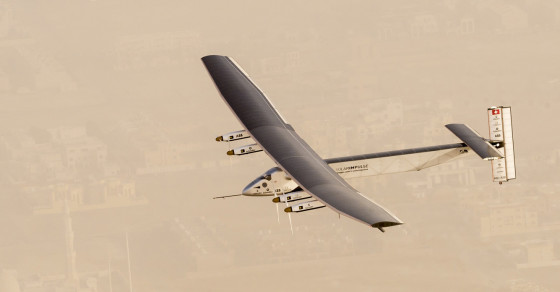 Other Than Andrenaline-Fueled Pilots, Who Else Uses Solar Power?
By Abigail Tracy

Other Than Andrenaline-Fueled Pilots, Who Else Uses Solar Power?

As the sun-fueled Solar Impulse 2 sets off on its 21,747-mile journey around the world, solar power usage in the U.S. continues to grow. But it remains a drop in the bucket next to oil and natural gas. Below are a handful of facts and numbers that provide a snapshot of the solar industry today.

The amount of total solar-power capacity in the world — that’s more than the total potential output of all energy forms in Canada.

The percentage of Americans who live within 20 miles of a solar panel installation, a total of 129 million people.

China’s share of global solar installations in 2013. China had the greatest new investment in solar power of any country when it added 12.9 gigawatts of capacity.

The number of American homes that could be solar powered based on our capacity.

The capacity of solar installations in California — the Golden State has more than triple the solar capacity of any other state.

The number of solar workers in the United States.

The number of U.S. homes and businesses that have gone solar.

The percent of the energy consumed in the U.S. created by solar power. Petroleum and natural gas account for 36 percent and 27.3 percent, respectively. Solar power is here, but it has a lot of room to grow.