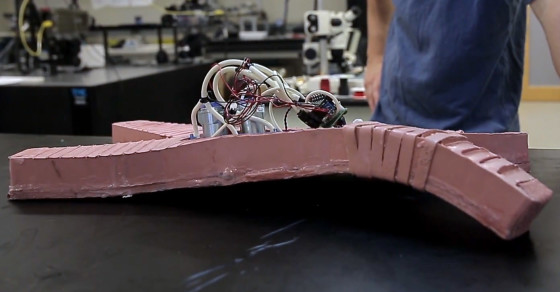 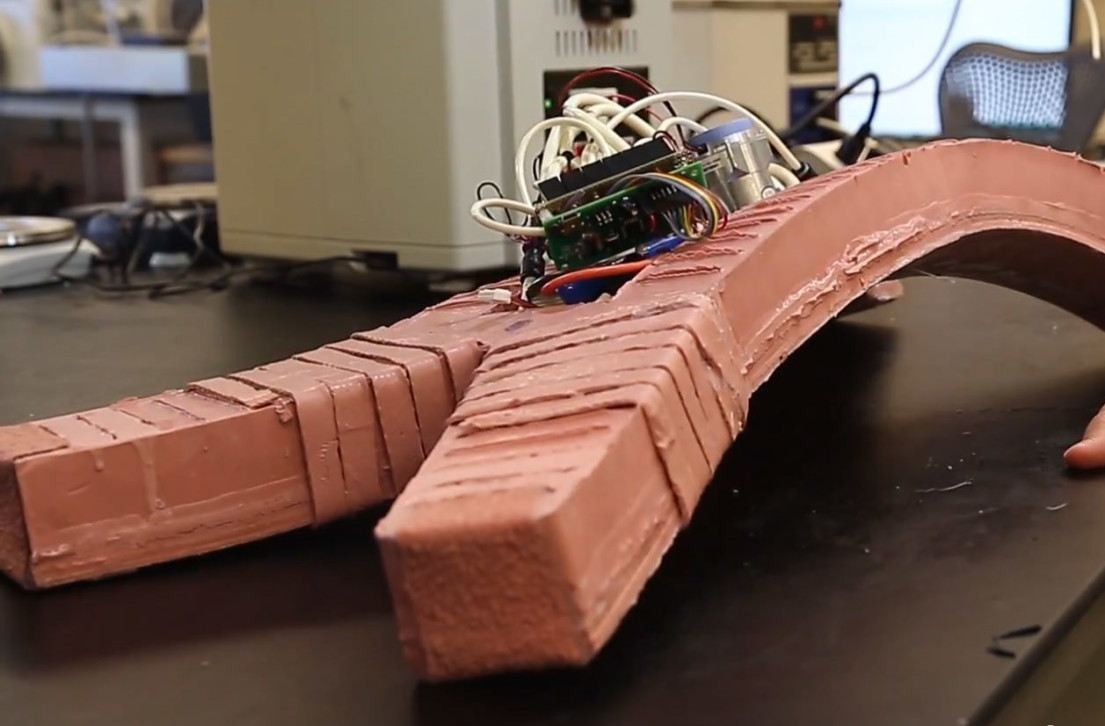 A team of researchers just built the oddest little robot we’ve ever seen (and we see a lot of robots).

Unlike traditional models crafted from rigid materials, this brainchild of Harvard developers from is the first untethered, soft robot. Made from a silicon composite with a Kevlar-enforced underbelly, the bot’s movements bring to mind images of what the infamous “spider-walk” scene in The Exorcist would have looked like if Gumby played the role of Regan.

Inspired by nature and purposed to enter dangerous environments and get into small spaces, the creepy little guy is also pretty indestructible. A video posted on the Harvard Gazette’s website shows the robot in a handful of adverse conditions. The soft robot makes its way through snow and fire with ease, and even walks away unscathed after it gets run over by a car.

While this experimental unit is reportedly quite large compared with other soft robots built in the past, it measures just a half-meter in length and can carry as much as 7.5 pounds on its back, according to the paper’s website.

Now we’re seeing a future of fleshy, squishy automatons sloughing their way through our fair streets carrying out all manner of tasks for their human masters. Technologically, it’s a paradise. Visually, it’s just it’s like we’re in a claymation movie.