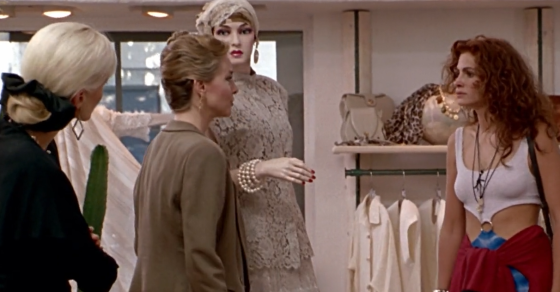 Snobbery Pays Off in Luxury Stores
By Emily Levy

Snobbery Pays Off in Luxury Stores 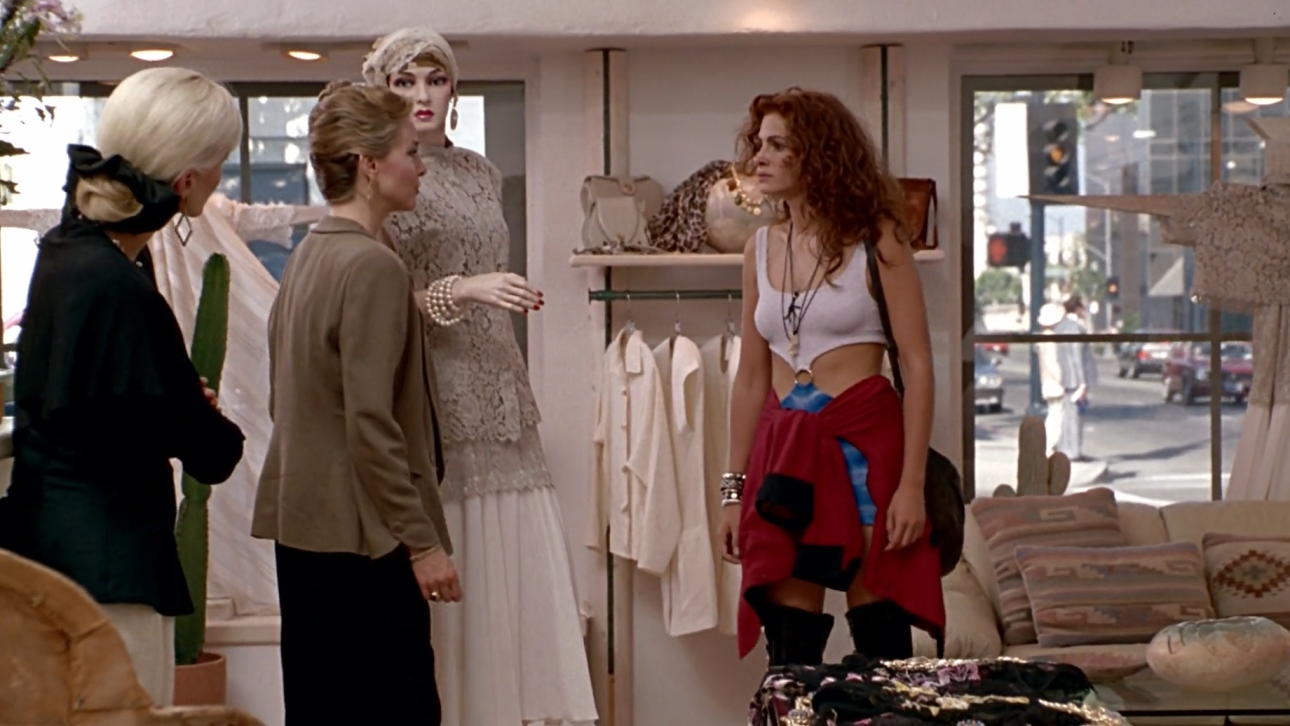 In Pretty Woman‘s iconic Beverly Hills shopping scene, Julia Roberts’ high-class hooker traipses into an upscale clothing boutique wearing a cut-out minidress and thigh-high boots. As she surveys the merchandise, a snooty shopkeeper quickly shoos her out. “I don’t think we have anything for you,” she says to Roberts, with a sneer. “You’re obviously in the wrong place.” The moment serves only to royally piss off Roberts, who returns a day later—clad in a classy, tailored dress—to show the shopkeeper her error: “Big mistake. Big. Huge.”

Roberts’ retail revenge, seared into the minds of movie fans everywhere, is now officially backed up by science: In a forthcoming study in the Journal of Consumer Research, a joint team of Canadian and American researchers report that the snobbier the salesperson, the more likely the customer is to aspire to buying a luxury brand’s merchandise, and ultimately, the better the store’s sales.

This analysis—”Should the Devil Sell Prada?”—is a fascinating look at how social psychology influences luxury-store profits. “It’s like that Groucho Marx saying, ‘I don’t care to belong to any club that will have me as a member,'” Darren Dahl, head researcher and professor of marketing at the University of British Columbia, tells Vocativ. “To keep the in-group strong and powerful, you have to exclude people, and that can happen in any aspirational context.”

In four related studies, the team evaluated how a shopper’s self-perception—known in the psych field as “self-concept”—influences his or her relationship with a snobby salesperson and the products pushed at a given store. With the knowledge that “rejection often encourages people to elevate their perceptions of their rejecters,” the researchers found that shoppers with low self-esteem and aspirations of buying something were more likely to buy something if a storekeeper brushed them off. This was particularly true at luxury outfitters like Gucci and Louis Vuitton, and if the shopkeeper acted as an extension of the store’s brand in style and attitude.

Though this means that snootiness can occasionally mean good cash, Dahl doesn’t recommend stores coach their salespeople in snobbery. “The problem with this strategy is it just works in the moment,” he says. “It’s a challenge: ‘You want to be in this group? You have to buy to be in the group.'” But in time, a brush-off does just the opposite: “The individual isn’t going to be excited about your brand,” says Dahl. “It’s a boomerang effect.”

Like everything else in life, the study recalls awkward and catty high-school cliques. “Our research indicates [that these interactions] can end up having a similar effect to an ‘in-group’ in high school that others aspire to join,” Dahl said in a press release. It also raises a number of questions about our shopping habits, per the study: “Do feelings of threat from one brand carry over to other comparable aspirational brands? Do consumers seek other aspirational brands to self-affirm when they have been rejected?”

It’s certainly a slippery slope, so if you’re working on commission at a high-end boutique, why not try and dip your toes in the bad-bitch waters for a little extra cash? But for the sake of your brand (and your career), we’d tread lightly. Snobbery might not pay off in the long run.