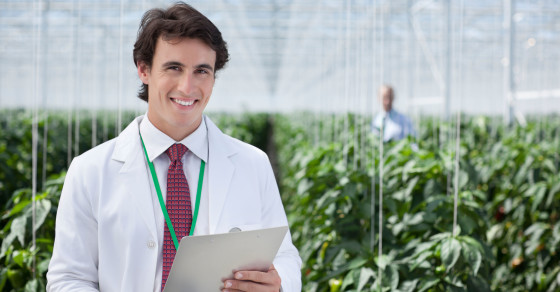 Study: Most People Think Scientists Are Full Of It
By Joshua A. Krisch

Study: Most People Think Scientists Are Full Of It

There’s a consensus among scientists: Genetically modified foods and pesticides are safe to eat, humans caused climate change, and animal research is necessary.

The general public disagrees about every single one of those statements. 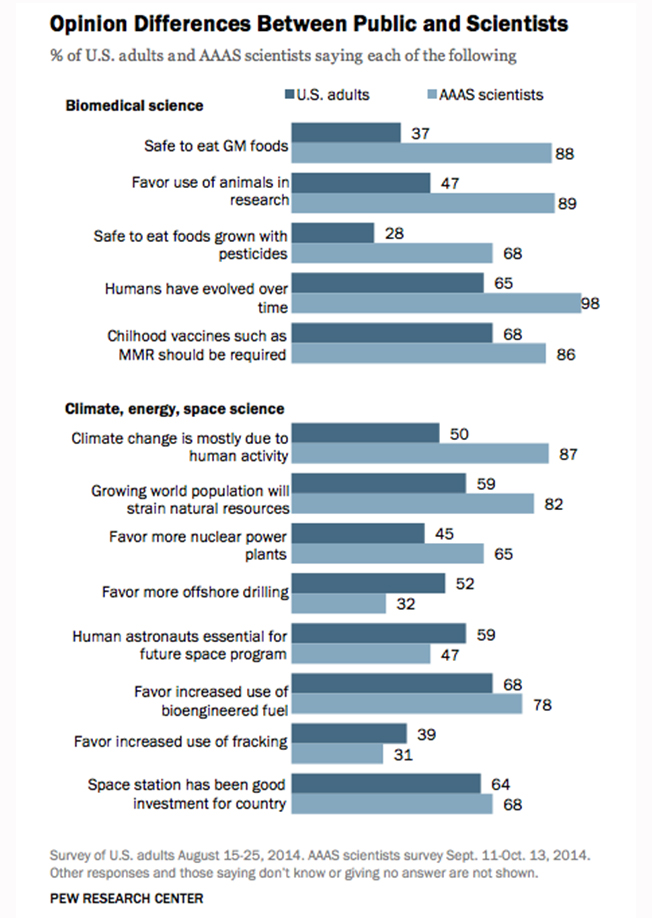 Pew Research Center just released its 2015 report on the state of science in the United States, and the results are…disappointing. The thrust of the 93-page behemoth is that scientists have dedicated their lives to developing informed theories about the world around us—and the general public is unimpressed.

If nothing else, this research reminds us that scientific priorities really do transcend politics. Although conservatives often get a bad rap for voting against science—a reputation that climate skeptics totally deserve—the data show that a bunch of steadfast liberal values are pretty anti-science, too.

For instance, it should drive you crazy when anti-GMO Democrats call out Republican climate deniers, because neither of them have the scientific community in their corner.

Fortunately, according to the Pew data, we can all agree on a few broad points. Both citizens and scientists say the government should continue to fund scientific research. And both recognize the importance of science education (while sharing the belief that we need to make it better).

For more on the differences and similarities between lifelong researchers and armchair scientists, check out the complete report from Pew.