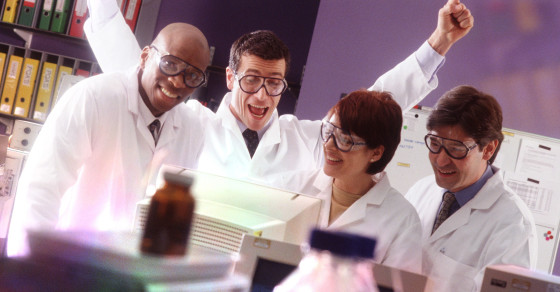 Turns Out, Science Has Its Own 1% Problem
By Abigail Tracy

Turns Out, Science Has Its Own 1% Problem

The world of scientific research has a bigger problem with inequality than most developing countries.

A new study from Cornell found that once researchers get published in one top-notch scientific journal, it becomes much easier for them to get published in more. This trend has created a situation in which the majority of publications and citations are attributable to a small group of boffins.

This snowball effect of sorts is not uncommon, and is referred to as cumulative advantage, or the Matthew effect. The idea is that once a person gains an advantage in a competitive environment, that advantage will continue to grow and compound over time. This concept is encapsulated in the adage “the rich get richer and the poor get poorer.”

So yeah, a relatively small group of scientists is hogging all the accolades. Some argue that there’s an upside to the inequality because it rewards scientists for quality research and creates a situation where the best and the brightest get published frequently. But on the flip side, the researchers found that there was a decreasing trend in the citation impact with each subsequent publication over the course of the careers of the scientists. This would imply that their work was less and less impactful over time, which makes sense.