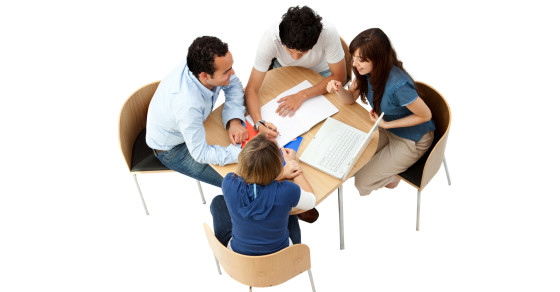 Sorry, guys: You really should keep it PC. Science says so.

Turns out that the most productive and creative workplaces are also the most politically correct, according to a new study. We know, we know. The last thing you want at work is less freedom to do and say what you want.

While creativity and a lack of constraint seem like a natural pairing, the team of researchers from Cornell University behind the study found that a counterintuitive relationship actually exists between the two after they observed mixed-gender groups.

The researchers examined two brainstorming groups. They provided one with clear instructions of how the men and women should interact with each other, but left the second group without any guidelines. They found that the group with an understanding of what was and wasn’t politically correct generated way more ideas than its counterpart.

“The PC norm, by establishing a clear guideline for his to behave appropriately in mixed-sex groups, made both men and women more comfortable sharing their creative ideas,” says Jack Goncalo, lead author of the study.

The logic is that a lack of guidelines as to what is and what isn’t appropriate in the office leads to ambiguity, which in turn makes people more self-conscious and concerned that they will offend others. On the flip side, clear rules allow employees to thrive creatively because they know just how far they can go without crossing a line.