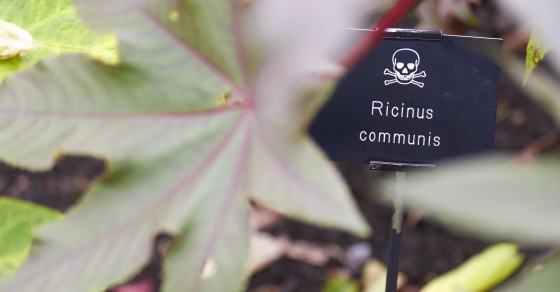 A Stroll Through This English Garden Could Literally Kill You 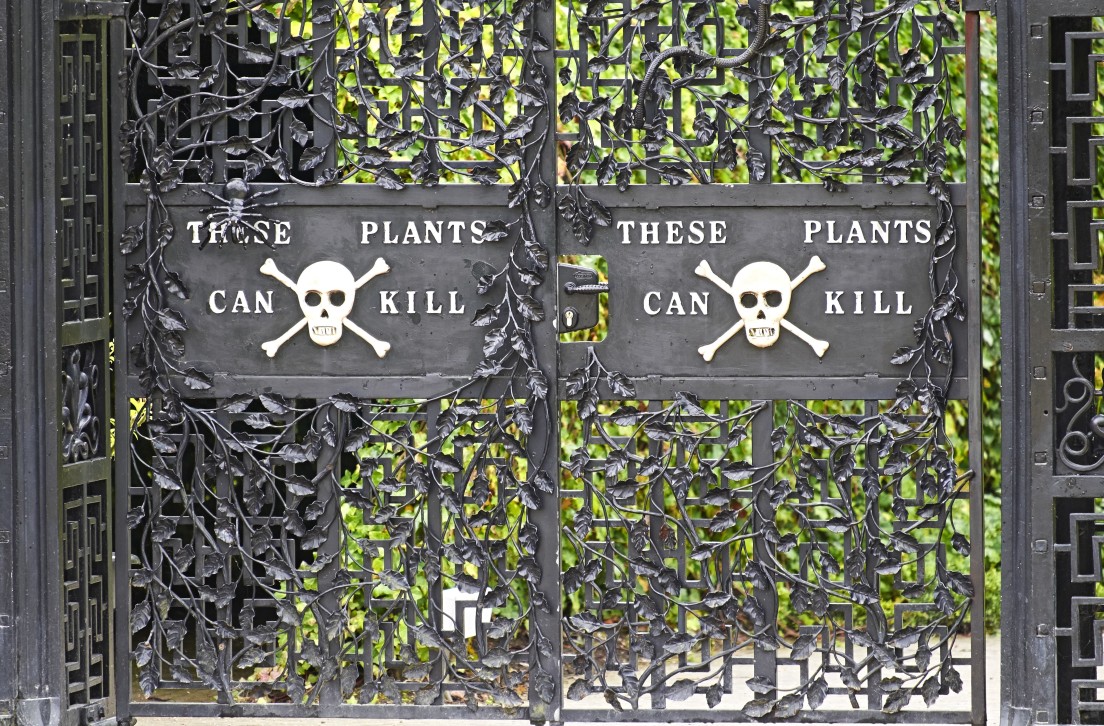 Seven people passed out in Alnwick Garden’s Poison Garden this summer after inhaling toxic fumes. Though, to be fair, it wasn’t as if they hadn’t been warned. “People think we’re being overdramatic when we talk about [not smelling the plants],” Jane Percy, duchess of Northumberland, told Smithsonian magazine.

The duchess was charged with tending to the gardens when she gained her title in 1995. She and her husband had moved into Alnwick castle, situated in northeast England, and on its grounds was a garden that the first duke established in 1750 and a string of successive heirs and their gardeners maintained until it fell into disrepair and was eventually closed in 1950. It was at the suggestion of Percy’s husband that she do something with the land.

“I think he thought, That will keep her quiet, she’ll just plant a few roses and that’ll be it,” the duchess said.

The front gates of the Poison Garden in Northumberland, England, are pretty clear about the dangers inside.

The duchess had something else in mind. Hiring then-French-president’s landscape gardener Jacques Wirtz, the pair set about reestablishing the 14 acres. Today the land is made up of a series of gardens such as the Cherry Orchard and Rose Garden, but Percy’s most prized plot is the Poison Garden, which she modeled after the Medici poison garden in Padua, Italy.

Composed of 100 different varieties of plants that are lethal to humans, the garden is under lock and key and only accessible to the public via organized tours. The collection includes plants like Ricinus communis, a castor oil plant with ricin seeds that are extremely toxic to humans; laburnum trees, which can result in a coma; and angel’s trumpet, its pollen having the potential induce a hallucinogenic high and even death.

“I thought, This is a way to interest children,” said Percy. “Children don’t care that aspirin comes from a bark of a tree. What’s really interesting is to know how a plant kills you, and how the patient dies, and what you feel like before you die.”

Ricinus communis (aka castor oil plant) at the Poison Garden at Alnwick Garden in Northumberland, England.

Also for the kids is a dedicated drug area, filled with magic mushrooms, cannabis and cocaine plants. Older children are drawn to these plants, and the guides apparently use this as a way to move discussion toward drug awareness.

“It’s a way of educating children without having them realize they’re being educated,” said the duchess, adding later that adults and children alike leave the grounds with their curiosity piqued. “Most plants that kill are quite interesting.”

Cannabis plants at the Poison Garden at Alnwick Garden in Northumberland, England.