The New Murder Defense: My Brain Made Me Do It
By Eric Markowitz

The New Murder Defense: My Brain Made Me Do It 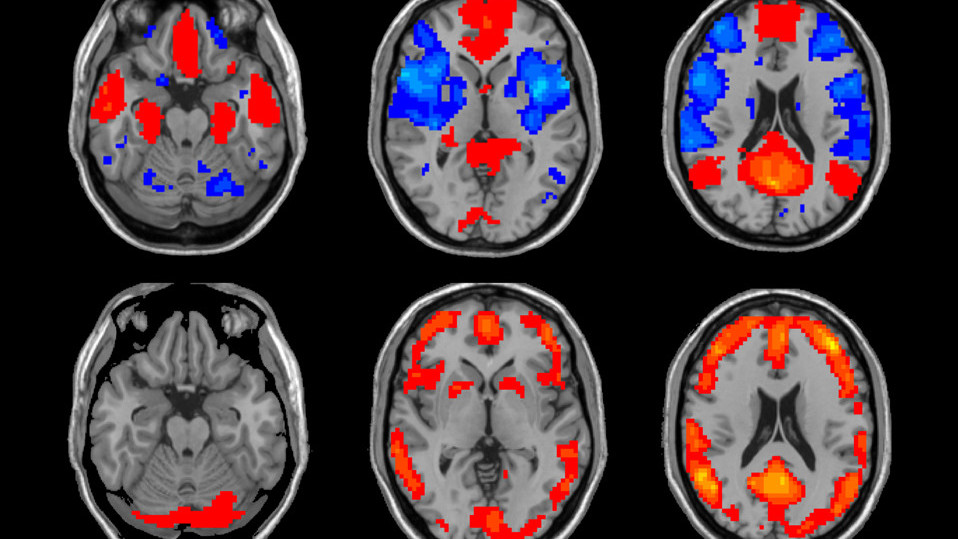 Last month, six days before Halloween, seven jurors in New Mexico peered in the brain of a convicted murderer.

The murderer in question was John McCluskey, who in August 2010 carjacked Linda and Gary Haas at a rest stop on Interstate 40 in New Mexico. McCluskey led the couple into the nearby woods at gunpoint, shot and killed them, and burned their bodies. The jury had already convicted him of the crime, and now they had to decide his sentence: life in prison or the death penalty?

Should neuroscience get criminals off the hook?

Making the case for life in prison, McCluskey’s defense attorneys called to the witness stand a neurologist, who showed the jurors a scan of McClusky’s brain. The neurologist argued that the multicolored image showed “a small defect” in the left cerebellum that, along with a history of emotional and physical abuse, rendered McCluskey “incapable of controlling his impulses and making reasoned decisions.”

Should John McCluskey get life in the prison or the death sentence? A brain scan may tip the scales. (Matt York/AP/Corbis)

In pursuit of lighter sentences, defense lawyers for years have claimed that mental impairment was to blame for whatever crimes their clients may have committed. But now there’s new twist: They’re increasingly calling on neuroscientists to make that case to the jury in more colorful and compelling ways. There’s even neuroscience “boot camps” for judges to get up to speed on the lingo.

“People think neuroscience is the holy grail of personality and behavior,” says Nita Farahany, a professor of law and philosophy at Duke University who studies brain science in the American legal system. “It’s the kind of science that’s more relatable to a jury. They say, ‘You see that big dark spot in this region of the brain? That’s a lesion and that lesion is highly correlated with the type of behavior the criminal defendant exhibited.’ That’s just an easier thing to understand and make sensible.”

Indeed, the growing reliance on neuroscientists in the courtroom—Farahany released a report this week saying that the number of so-called “neurolaw” cases has risen from 100 to 250 cases per year in the last eight years—is creating a stir in legal circles, with some arguing that it emphasizes marketing over facts.

Any good defense lawyer knows that graphics can sell a jury—the before-and-after photos of a botched medical procedure, for instance. Trial lawyers will often seek out firms like High Impact, a well-known Colorado firm, that promises its clients “sophisticated medical art.” Now, that artwork is being used to bring to life a malfunctioning brain.

The insanity defense has been around in courtrooms for decades, but it’s rarely successful. Only about 1 percent of murder trials in the United States use this defense, and of that tiny percentage, only a quarter of those defendants are acquitted. But neuroscience is helping to boost the odds. Today, Farahany estimates some 5 percent of murder cases include testimony from neuroscientists.

The problem with neuroscience in the courtroom, she says, is that just because a brain scan indicates some kind of abnormality in the brain, that doesn’t mean it caused the action for which the defendant is on trial.

“While we might know that at a population level or at a broader group level that there’s some variation in violence that’s correlated with some difference in a particular region of the brain, showing a picture of a particular defendant’s brain doesn’t tell us that that was the reason the defendant was violent,” she says.

It’s not just in cases involving violent crimes where neuroscience is gaining traction. In one recent trial involving a young man arrested for drug possession, lawyers successfully argued that the defendant’s admission to officers was inadmissible in court because “adolescent brains are especially vulnerable to coercion.”

With the burst of neuroscience testimony, even some judges are beginning to fancy themselves brain experts.

“If you look at judicial opinions in the past year, as opposed to eight years ago, they’re not talking about neuroscience in the same way,” Farahany says. “They used to talk about it like, ‘Oh, this person suffered a head injury and maybe has some sort of cognitive impairment of brain activity.’ Now, they’ve got paragraph after paragraph of opinion that cites neuroscientists and talks about the detailed mechanisms of how the brain actually works.”

The fact is, we still don’t really know how the brain works, and using neuroscience to justify or explain a defendant’s action is not an exact science. Farahany says neuroscience techniques like fMRI and electrophysiology can be used to help confirm a diagnosis like bipolar disorder or schizophrenia, but the court system should be wary of using brain scans as objective fact—and more as yet another piece of evidence.

“Many of the more outlandish claims will start to be weeded out,” she says. “But it’s here to stay, and neuroscience will be part of the conversation.”

As for McCluskey, there will likely be several more weeks of testimony before the jury decides whether the state should execute him. For that to happen, the jury will need to be convinced that he willfully and intentionally murdered his victims in cold blood. For his defense attorneys, the tactic is clear: Prove that his brain was so altered—so damaged—that he shouldn’t be held fully responsible for his actions.