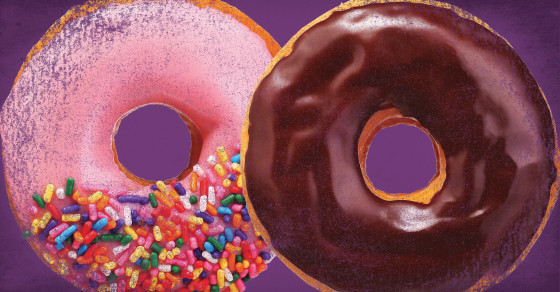 National Donut Day Teaches Us Do-Gooders Are Donut Thieves
By Joshua A. Krisch 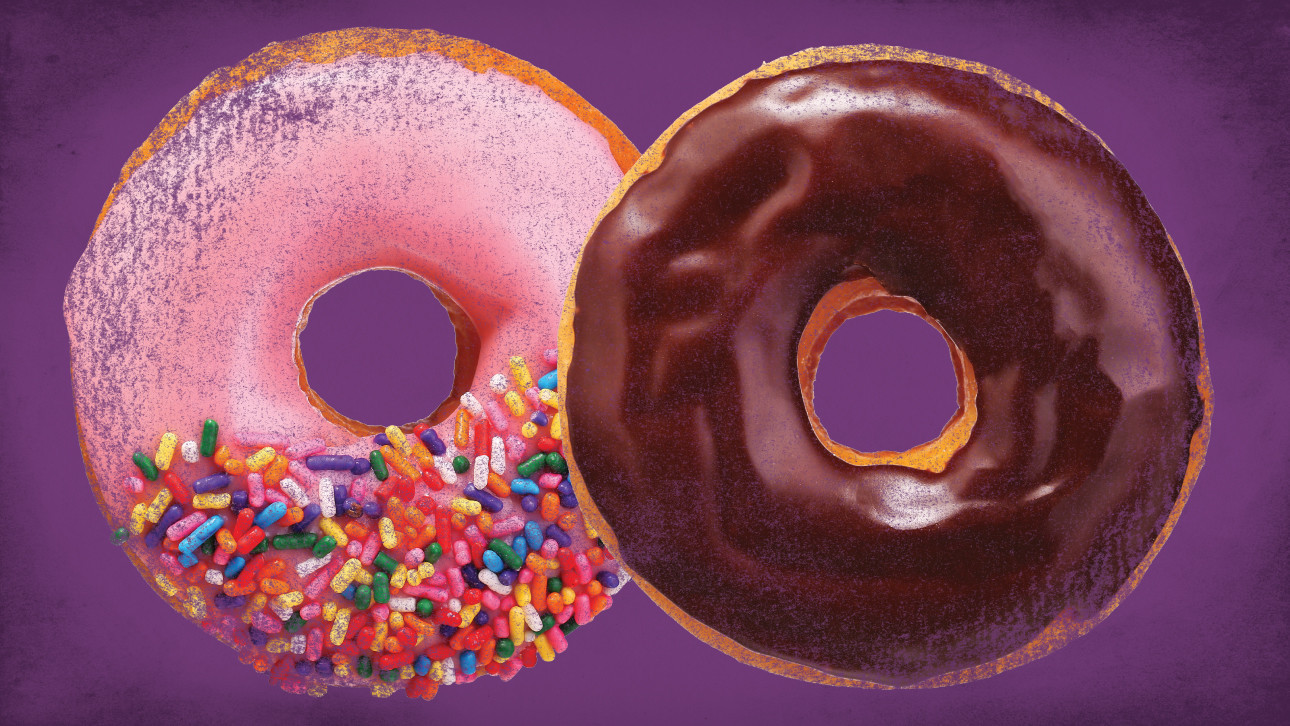 National Donut Day 2015 shall be remembered for the most startling of scientific breakthroughs. An MIT-trained economist has discovered that pretty much everyone pays for their donuts—everyone, that is, except for non-profit workers.

That’s right. While the annual celebration of donuts usually means an uptick in nervous diabetics, arguments over how to spell “donut” and disturbing recipes for ungodly donuts that should never have been, this year it’s been taken to a higher plane—a study of altruism and integrity in Corporate America, which includes the most epic introduction to a scientific paper in history:

For more than a decade, an MIT-trained economist has meticulously recorded the results of nearly 75,000 deliveries of bagels and donuts to corporate offices. These bagels and donuts are left in workplaces in the morning, along with a list of prices and a lockbox. Office workers purchase the products on the honor system.

In a 2006 study, researchers explored how often the average American sticks to the honor system—an abstract concept. To run such a study, the researchers needed a sample of average Americans in anonymous settings, with a prize worth cheating for. So they set up donuts, bagels, lockboxes and price lists in offices across the country, to see whether workers would pay the full amount for delicious donuts, even when nobody was watching.

Priced at a fair 50 cents per donut, the researchers nonetheless predicted that humanity would fail this test miserably. Money is tight, donuts are delicious. Who wouldn’t cut a corner, and cheat the lockbox out of 25 cents?

Most office workers paid in full. Between 1993 and 2004, the researchers found that the overall payment rate over time was 88.7 percent. Adherence to the honor system varied widely based on factors such as the type of office devouring the donuts, the day of the week and the weather. People pay for their donuts more often on Fridays, and less often around major holidays. The events of September 11 appeared to galvanize donut eaters’ resolve further, and the honesty rate jumped significantly thereafter—lest the terrorists win.

Surprisingly, non-profit workers were revealed as the least honest group, and the biggest donut thieves. With a payment rate of just 55.3 percent, charity employees paid (hypothetically, not counting bagel purchases and other confounding factors) about 28 cents on the donut, for treats that cost pretty much everyone else an even 50 cents. We’re not sure why so many do-gooders turned out to be so bad, but it sure isn’t the first time a charity organization has disappointed us.

So today, especially if you’re a non-profit worker, prove the world wrong. In honor of National Donut Day—nay, in honor of America—go out, buy a donut and pay the full price. Because today, America, we are all united. One nation, under God, with frosting and justice for all. 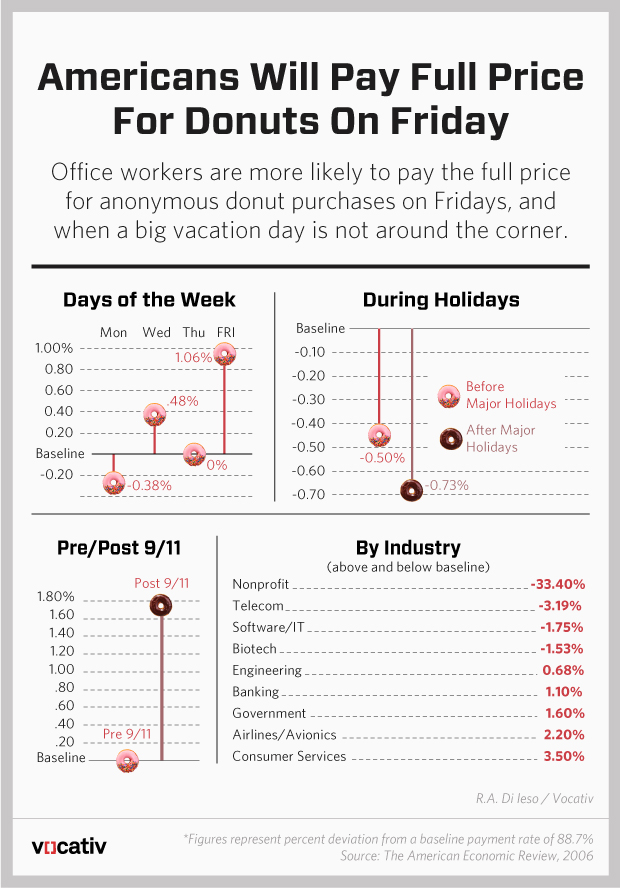