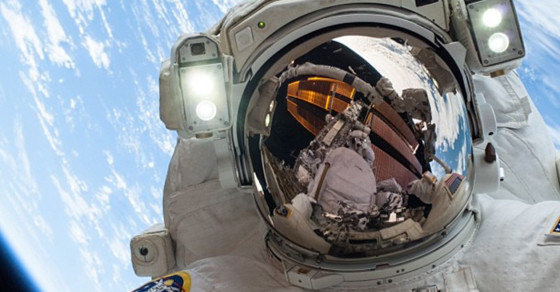 NASA Spaces Out Its Social Media Orbit
By Emily Levy 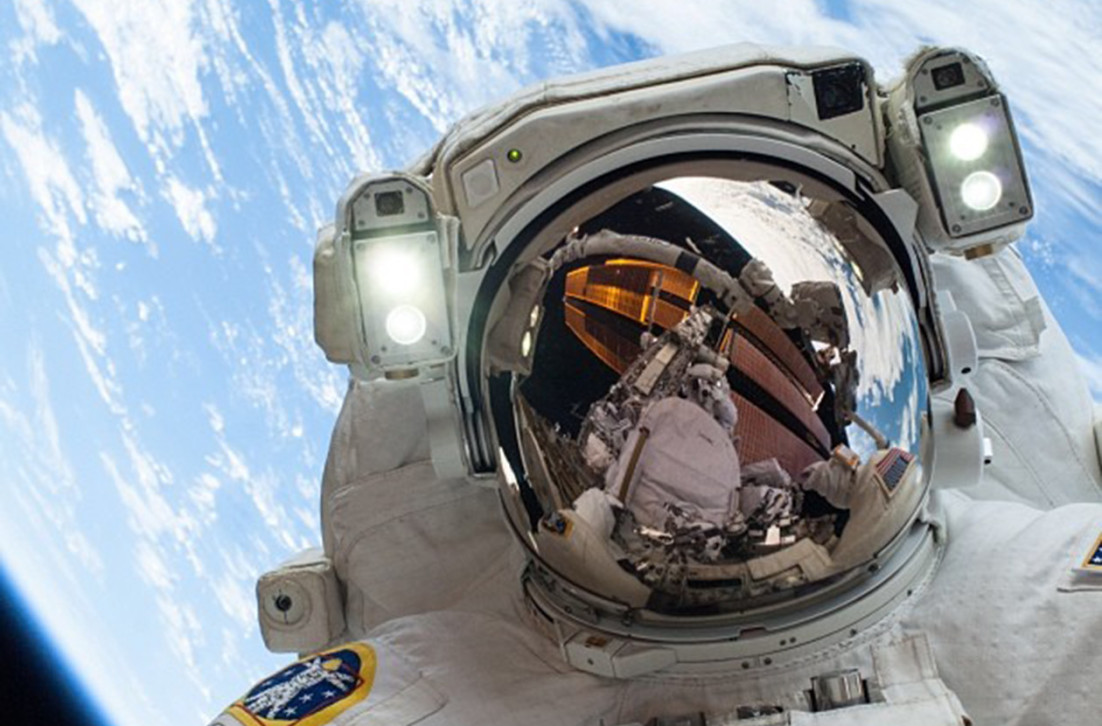 p
NASA is constantly fine-tuning the ways it can get us all pumped about space. In the past, the agency reported planetary explorations on Twitter, and recorded a Bowie song from orbit, but because this is 2014, and because we are visual learners, and struggle to understand life without a lo-fi filter, NASA is turning to Instagram to document astronauts’ travels.

Cue the first-ever Instagram to be posted from outside Earth’s atmosphere, taken Monday aboard the International Space Station (which fittingly now has its own Instagram account). At the forefront of this selfie-with-a-view is astronaut Steven R. Swanson, who poses inside the ISS’s cupola, a dome with seven windows that together make up the largest window in space.

Swanson’s photo isn’t the first selfie ever to be taken in space. That honor goes to a snap by astronaut Mike Hopkins, who performed two space walks in December, one of which was a Christmas walk that NASA live-tweeted and live-streamed in all its technological glory.

While the first in-space tweet arrived on Earth in 2009, back when astronaut Mike Massimino told Earth-dwellers he was “enjoying the magnificent views” from up above, NASA has done some particularly cute things on the Internet as of late. Straight out of a New York Times trend piece, the agency announced last month it would crowdsource its next generation of space suits, offering people who would probably never go to space the chance to choose the outfits worn by our brave, curious astronauts. (As of now, 200,000 people have weighed in.)

NASA’s ever-expanding digital brand also means more community outreach. In January, NASA and the Planetary Society (Bill Nye’s brainchild that studies all things space) let average Americans send their names to space aboard the OSIRIS-REx spacecraft, a robotic spaceship traveling to asteroid Bennu and returning in 2023. The people who submitted their names got this admittedly underwhelming certificate in return.

If you’d like to “be a part of the conversation,” you can follow NASA and its peer agencies on almost every social media platform—including Foursquare, for all the folks planning to check in to Mars, literally.