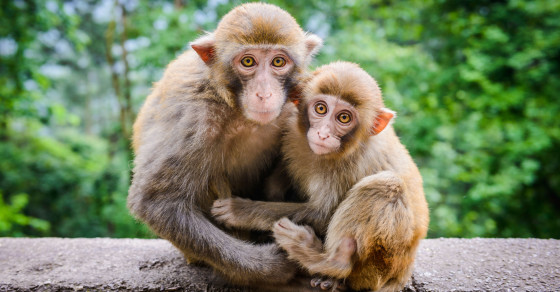 Meet The Most Narcissistic Monkey On The Planet
By Joshua A. Krisch

Meet The Most Narcissistic Monkey On The Planet 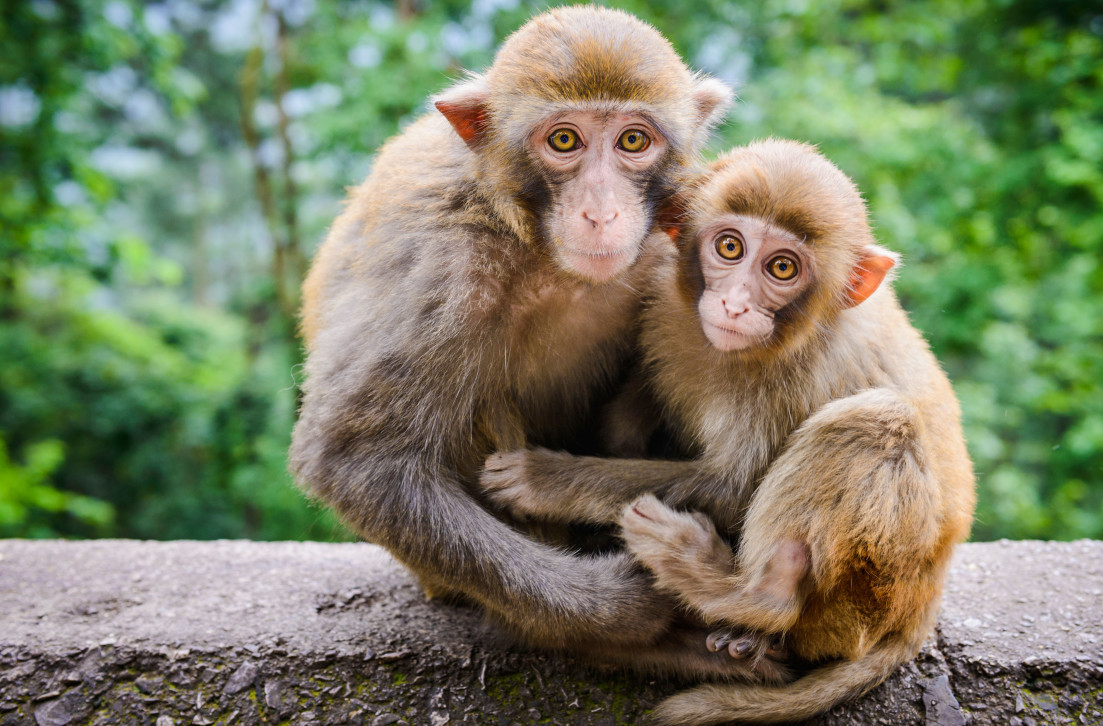 Rhesus monkeys are remarkably humanlike. Since 2007, psychologists have known that the primates display nepotism and political maneuvering. And onlookers at a train station in India just last year watched as one rhesus monkey successfully revived another after it had been knocked unconscious.

The true hallmark of higher intelligence, however, is not politics or resuscitation, but self-awareness. Prior experiments have shown that rhesus monkeys, for all their human qualities, are unable to recognize themselves in a mirror—proof, it seemed, that they were incapable of identifying “self.”

But a recent study has shown that these monkeys can be taught to use mirrors in the laboratory. The notion that self-awareness is a skill that can be learned through repetition could ultimately influence future treatments for some human brain disorders. “The capacity for mirror self-recognition is impaired in many brain disorders, including mental retardation, autism, schizophrenia and Alzheimer’s disease,” says Neng Gong, director of the Institute of Neuroscience at the Chinese Academy of Sciences in Shanghai and author of the study.

“Our findings raise the possibility that such deficits might be remedied via training.”

Hey, You’ve Got Something On Your Face

Scientists have been attempting to teach rhesus monkeys to recognize themselves in the mirror for decades. Prior studies tried introducing monkeys to mirrors at an earlier age, changing the sizes and shapes of the individual mirrors and even plopping the primates down in front of mirrors for extended periods of time. Nothing worked.

In cognitive science, the bar for mirror self-recognition is the Mark Test. Subjects (human or otherwise) are considered self-aware once they can look in a mirror and notice the tiny, odorless marks that had been painted on their faces while they were asleep. Dolphins, gorillas and Asian elephants have all passed the Mark Test. Until now, rhesus monkeys have always failed.

But Gong and his team decided to try something different. The researchers began by shining a mildly irritating red laser onto each monkey’s face while the thoroughly annoyed primates sat in front of mirrors. They rewarded the monkeys each time they touched the affected area. After days of training, the researchers switched to a non-irritating red laser light. After only a few weeks of training, the monkeys began to use the mirror to find the red laser dot and touch the affected parts of their faces.

A Barrel of Questions About Monkeys

Researchers used laser light to show that rhesus monkeys can learn to recognize themselves in the mirror.

Luis Populin, a neuroscientist at the University of Wisconsin-Madison who was not involved in the research, considers the findings significant. “I think that they were very methodical and deliberate in their controls, and I am convinced that the data are real and rigorous,” he says. Populin cautions, however, that the Mark Test is not necessarily the final word on self-perception. “It still needs to be clarified whether mirror self-recognition does actually reflect self-awareness.”

This raises a slightly esoteric question. Even if mirror recognition does indicate self-awareness, could that awareness help physicians treat clinical conditions? Self-recognition has been experimentally linked to social behaviors like empathy and sympathy, but whether lessons learned from monkeys and mirrors will eventually translate into practical neuroscience remains to be seen.

Until then, Gong intends to keep on hacking away at the mysteries behind self-awareness. “Mirror self-recognition in monkeys is one of the most important questions in the comparative cognition,” he says. “Understanding self-awareness and consciousness is the ultimate goal of understanding the human brain.”