This Christmas eve, as you explain to your great aunt why you are still single and snuggle up in your twin bed, two NASA astronauts are fixing a cooling pump 220 miles from Earth in outer space.

The astronauts, Rick Mastracchio and Mike Hopkins, are in the process of fixing a faulty pump outside of the International Space Station, where they’ve resided with other crew members since September 25 as part of NASA Expedition 38.

According to a NASA blog post, the spacewalkers will take a spare 780 lb. “ammonia pump module” from storage and attach it to the Space Station’s “starboard truss.”

This is the astronauts’ second trip outside of the Space Station this week. On Saturday, Mastracchio and Hopkins removed a faulty ammonia pump from the exterior of the low-orbit space hub in a five-hour, 28-minute spacewalk.

Tweet at us: How much would you pay to go to space?

NASA is documenting the astronauts’ recovery mission–which marks the 176th spacewalk in history– via livestream camera:

NASA is also documenting the journey on Twitter, where the space agency announced early Tuesday morning that it was “time to give the #ISS its holiday gift”:

It's time to give the #ISS its holiday gift: a new ammonia pump. NASA TV airs today's #spacewalk beginning @ 6:15a: https://t.co/qrm0Dz4jPE

#ISS cmdr Oleg Kotov closes the hatch in the Quest airlock as @AstroRM & @AstroIllini get ready to go outside   https://t.co/aeoqPXMDkp 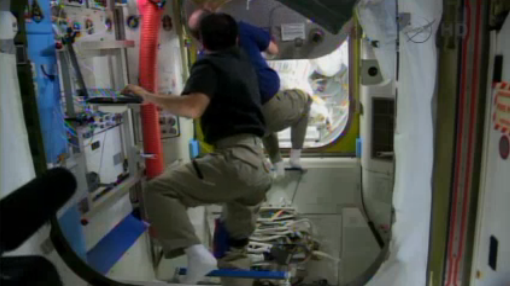 Spacesuit battery power is on, the #spacewalk has begun. Official start time: 6:53a. Hopkins is the first outside:  https://t.co/o986SlWUN9 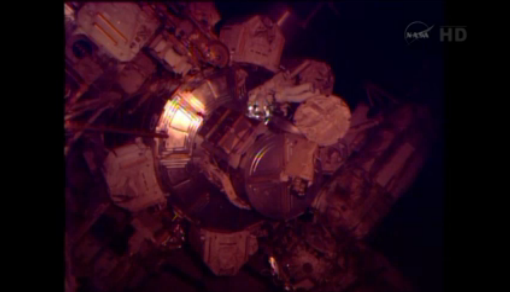 NASA's @AstroRM makes his way along the #ISS truss on the right as orbital sunrise begins over Earth on the left.  https://t.co/sus6yTKtV4 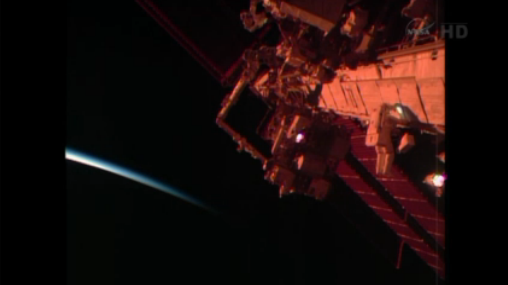 A good view of @AstroIllini on the end of the robotic arm during today's  #spacewalk   https://t.co/NfsQucqOWv 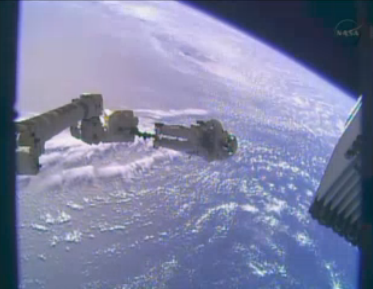 All bolts, fluid lines & electrical connectors on the new pump have been removed. It is ready to be moved to its new location. #spacewalk 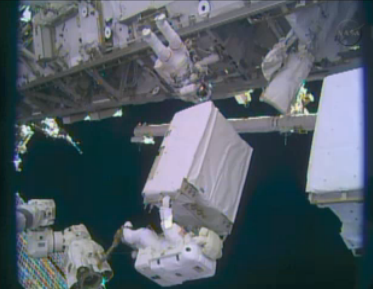 NASA has carried out only one previous spacewalk on Christmas Eve. Steve Smith and John Grunsfeld made fixes to the Hubble Space Telescope the night before Christmas in 1999. The astronauts spent eight hours and eight minutes traveling on the outside of Hubble: 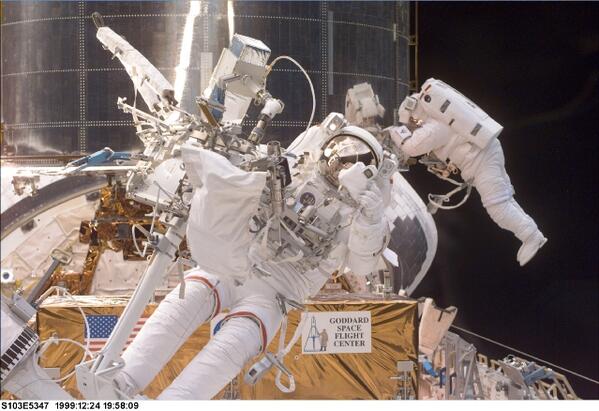 The very first Christmas Eve broadcast from space occurred on December 14, 1968 from inside Apollo 8, the second manned spacecraft to orbit the moon. Three astronauts– Frank Borman, Jim Lovell and William Anders– celebrated the holiday by taking turns reading passages from the book of Genesis. They completed their space broadcast by offering their blessings to Earthbound people– “all of you on the good Earth.”