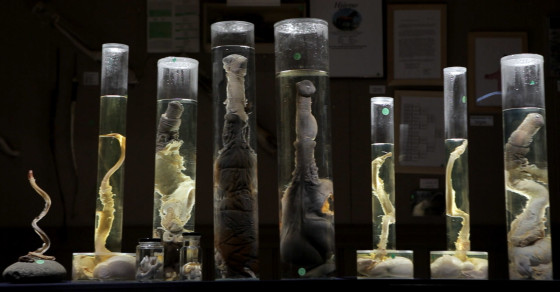 Members Only: A Penetrating Look at the World’s First Penis Museum
By Elizabeth Kulze

Members Only: A Penetrating Look at the World’s First Penis Museum 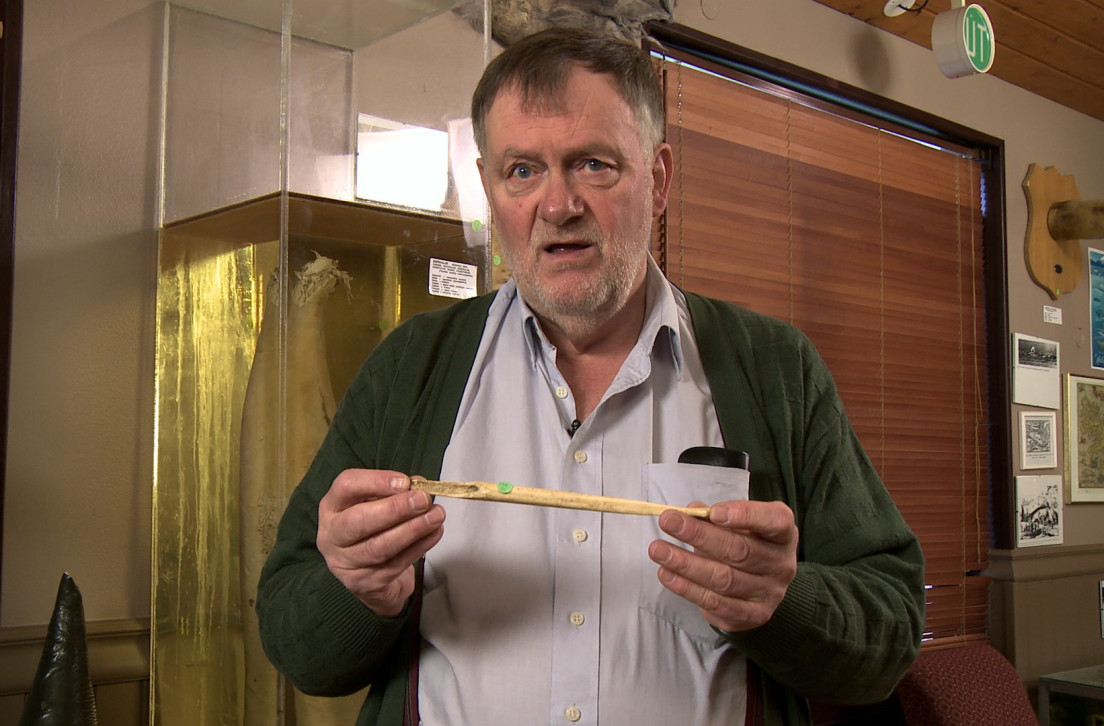 It all started with a joke. In 1974, Siggi Hjartarson was a 33-year-old history professor when a colleague facetiously gifted him the penis and testes of a bull. But over the next several decades, friends continued to bestow him with various mammalian members until Hjartarson had amassed a menagerie so large, penile specimens virtually overran his home.

Today this collection is housed in the Iceland Phallological Museum—the world’s only museum devoted solely to carefully preserved male genitalia—which Hjartarson opened in 1997 at the behest of his wife, Jona Sigurdardottir, who felt his hobby was infringing on her domestic peace.

The museum was originally located in Húsavik, Iceland, a tiny fishing town only 30 miles from the Arctic Circle, but relocated to Reykjavík when Hjartarson’s son took over in 2011. It is now home to over 215 specimens from 93 species, including seals, polar bears, horses, goats and guinea pigs—the largest willy belonging to a sperm whale (5 feet, 7 inches and 154 pounds, and that’s just the tip); and the smallest being the 2-millimeter penis bone of a hamster, which is so diminutive, it must be viewed with a microscope.

“Without a proper human, the collection is not complete.” —Siggi Hjartarson

To enter the museum is to enter a phallic sanctuary, a single room cluttered with fleshy genitalia housed in jars of formaldehyde, enclosed in glass cases, or mounted as one would a hunted beast. And though the concept is explicit by nature, there’s really nothing pornographic about it. Severed from their former owners, the penises appear purely anatomical rather than raunchy, and share a closer semblance to the alien creatures of the deep sea than to definitive symbols of manhood.

The weirdest looking wieners one ever saw. (Courtesy of Drafthouse Films)

This shift in perspective is at the heart of Hjartarson’s mission. A former professor at the Reykjavík University and author of some 20 books on Latin American history and the outdoors, Hjartarson sees himself as an educator first, tasked with tackling the taboo and teaching people to interrogate their own preconceptions. As he says in a new documentary about his life and work: “That which should not be talked about, must be talked about.”

The Final Member chronicles the final stretch of Hjartarson’s 40-year odyssey to acquire the “holy grail of phallic phantasmagoria,” the human penis. “Without a proper human,” he says emphatically, “the collection is not complete.”

Directed by Jonah Bekhor and Zach Math, the documentary opens with Hjartarson, a paunchy man in his early 70s, picking up two new penises—a walrus and a seal—from a local fisherman. They are “beautiful specimens,” Hjartarson says as he cleans and prepares them in his makeshift lab, but unfortunately they aren’t the magnum opus he’s desperately been waiting for.

For Hjartarson, obtaining a human penis was not only essential for his museum’s credibility, but for his own peace of mind. As he told his cousin, a physician who promised to help him secure a human donation, it’s the one thing he had to accomplish before he dies.

Hjartarson eventually received two pending offers, though the wait left him feeling like he is “hanging by a string.” The first came in 1996 from Pall Arason, a renowned explorer in his native Iceland and a beloved womanizer. In the film, Arason, a well-dressed geriatric in a trench coat and bowler hat, is nearing his 95th year. He realized he had no posthumous use for his dangly bits, which allegedly had met more than 300 women, so he is happy to donate them to posterity. There’s only one problem: As Arason grew more sickly and his body continued to wither, his once-impressive penis began to shrink, too. And if it fell below 5 inches (the “legal limit,” according to Icelandic folklore), Hjartarson feared the famed adventurer wouldn’t appear dignified enough.

Luckily, another man entered the contest—a thrice-divorced, 60-something California horse farmer who was willing to donate his package before he dies. His name is Tom Mitchell, though that’s not the name you should remember; “Elmo,” the name of his 7-inch penis, is the moniker worthy of note. “I have always had a dream of fame and fortune—not for myself, but for Elmo,” he says. “I’ve always said it would be really cool for my penis to be the world’s first true penis celebrity.”

The prospect of obtaining such a substantial specimen initially excited Hjartarson, but then Mitchell’s neurosis began to get on his nerves. He started sending the Icelander multiple page-long daily emails, making plans and specifying detailed demands for his penis’ exhibition. Mitchell even tattooed the tip of his member with patriotic stars and stripes, and tried to have a special display case made, complete with a mirror for a multi-angle view. He also began the preliminary sketches for his comic book, “The Adventures of Elmo,” which depicts his penis as cape-wearing superhero.

“I’ve always said it would be really cool for my penis to be the world’s first true penis celebrity.”—Tom Mitchell

In 2011, Arason eventually died—his penis removed for the museum’s use. In the film’s denouement, Hjartarson drives into town to pick up Arason’s final legacy, which his physician cousin has sealed in a bucket and tied up in a bow. Hjartarson, who is wearing a scrotum-skin bow tie at the time, is overwhelmed. Back at the museum, he quietly opens the long-awaited gift, which to his surprise is “not so bad for an old man.”

Hjartarson eventually decided to pass the business on to his son after achieving his ultimate dream, which he celebrated with a full-out party, complete with food and wine. “I’m proud,” he says. “But it’s deeper than that. I try to provoke people and make them look differently at things. I like to explore things other people don’t.”

Should you ever want to do the same, the museum is open daily from 11 to 6. And yes, it does have a gift shop.

The Final Member opens in select theaters on Friday, April 18, 2014.

Have a question for Hjartarson? We’ll ask him. Just leave your question below.