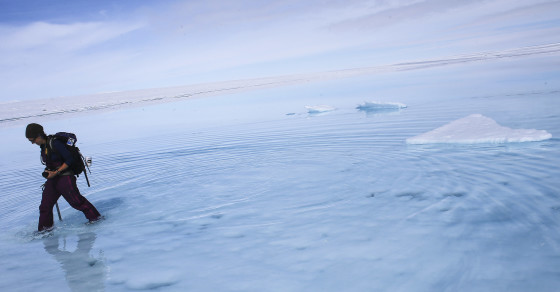 March 2015 Was The Hottest Since Records Began
By John Duda

March 2015 Was The Hottest Since Records Began

The National Oceanic and Atmospheric Administration has released their first quarter State of the Climate report for 2015 and, predictably, the numbers offer more depressing news for those concerned about/who believe in climate change. March temperatures in 2015 were, NOAA says, the highest in the 136 years since temperatures were first recorded.

According to the report many regions saw “warmer or much warmer than usual” temperatures, including the western U.S. and Canada, swaths of eastern Africa, Scandinavia and northwestern Russia and parts of southern China. While there were many regions who saw cooler temperatures than average the March, those did nothing to ameliorate the larger trend towards a heating Earth.

You can read NOAA’s full report here. In the map below, the reddest dots show areas where the March temperature reached a record high.