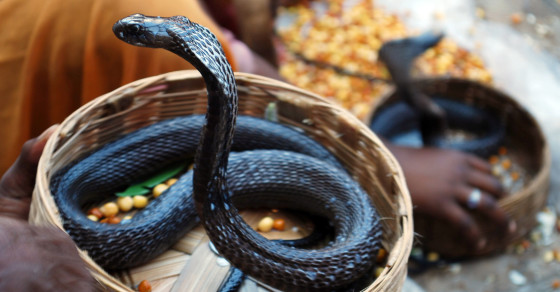 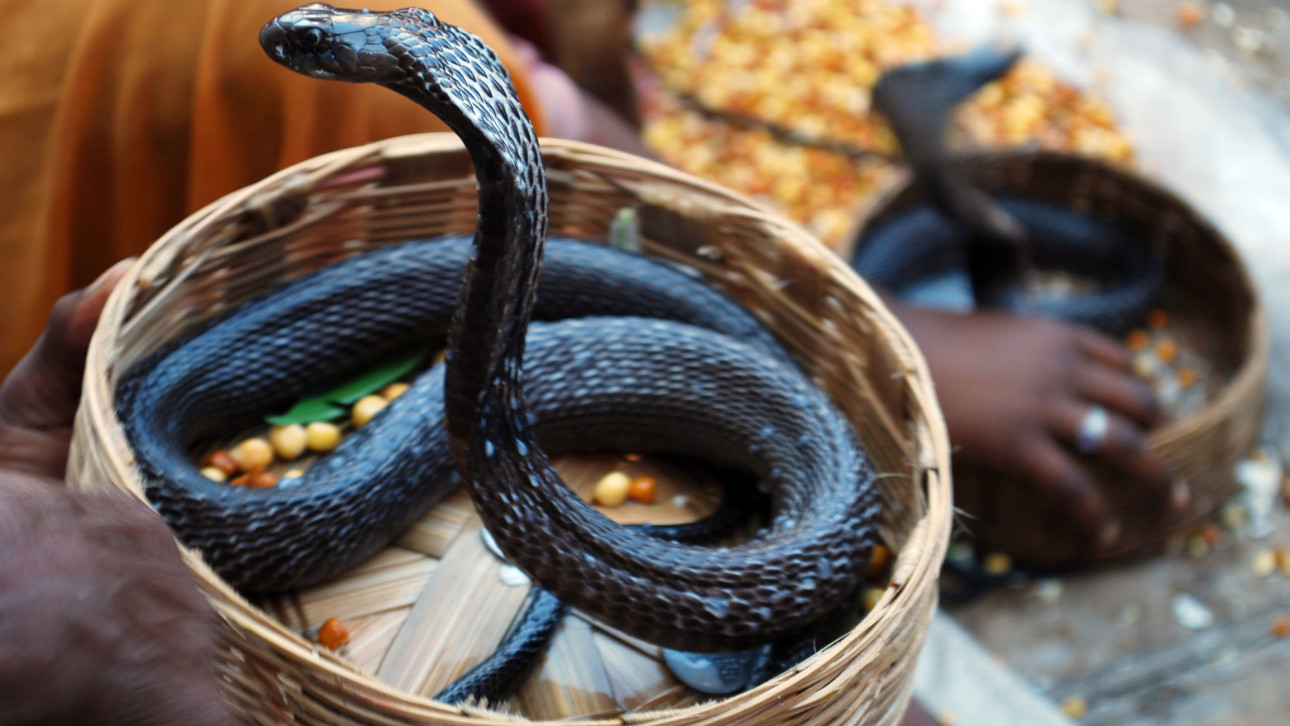 If you get a poisonous snakebite in Bangladesh, you are probably going to die. This is what we call a “fact.”

According to research company Knoema’s 2014 global snakebite database—yes, it’s a thing—the average death rate per 100 snakebite cases in the south-central Asian country is just shy of 79 deaths. In other words, for every 100 snakebite victims in Bangladesh, only 21 survive. One in five. That being said—only about 6,000 snakebites occur yearly on average in the country. Pakistan and Suriname also aren’t great at treating snakebites (they have death rates of 31 and 21 per 100 bites, respectively), but at least the odds are in your favor for survival in those countries.

Odds? This is what I think of your odds, pesky human!

India tops the charts for number of snakebite cases each year, with an average of more than 122,000 cases—dwarfing the number of bites in other countries. It’s important to note, however, that India is not the snakiest country in the world, but it is the second most populous country in the world, so while the greatest number of snakebites occur there, that’s only because there are more ankles in India for snakes to bite than in most countries. Your chances of getting a poisonous bite are actually higher in other countries. For instance, in snaky-as-hell Bhutan, four out of every 1,000 people will suffer from snakebites, meaning you’re 40 times more likely to be bitten in Bhutan than in India.

In the United States, there are 2,955 snakebites per year on average—the majority of these occurring in warmer climates like Texas, New Mexico and Arizona. If bitten by a venomous snake in the U.S., you will, thankfully, probably live—the death rate is a mere 0.2 per 100 cases. Statistically, you are more likely to die from being struck by lightning. If you had to pick one? That’s a tough call, I know.

And as for the most deadly fang in the reptilian world? Rattlesnakes, death adders, vipers, Philippine cobras, blue kraits and black mambas are some of the most poisonous snakes in the world. Africans call the black mamba the “two-stepper” because of its speed and aggressive nature—two steps is usually all you get before it reaches you. But the Belcher’s sea snake is debatably the most venomous snake on the planet. Found in the waters off South East Asia and Northern Australia, fisherman are the most likely victims of this snake. Apparently, a few milligrams of the Belcher’s sea snake’s venom can kill 1,000 people, so while your chances of being bitten by it are pretty slim, one bite and it’s all over. Mental note: Don’t use a Belcher’s sea snake as a safety rope.