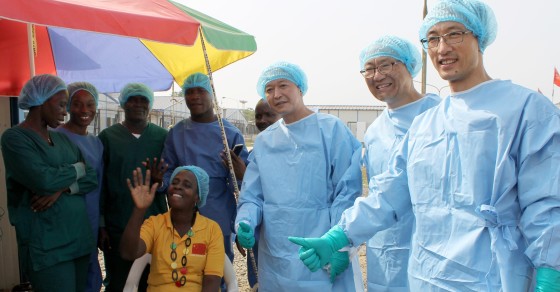 Liberia’s Last Ebola Patient Is Finally Out Of The Hospital
By Joshua A. Krisch

Liberia’s Last Ebola Patient Is Finally Out Of The Hospital

Liberia’s last confirmed Ebola patient has been discharged from the hospital, nearly one year after the epidemic first began to rip through West Africa. But the virus that has claimed at least 4,800 lives is still far from beaten. In fact, Ebola cases recently flared up again in Sierra Leone and Guinea.

And it’ll take another 42 days with no new infections before Liberia is officially considered Ebola-free. James Dorbor Jallah, national coordinator for Liberia’s Ebola task force, is certainly looking forward. “Bro, don’t call me on that day,” Jallah told the Wall Street Journal. “Because if you get me, you’ll hear nothing but gibberish talk because I’m going to get oozed and just celebrate.”