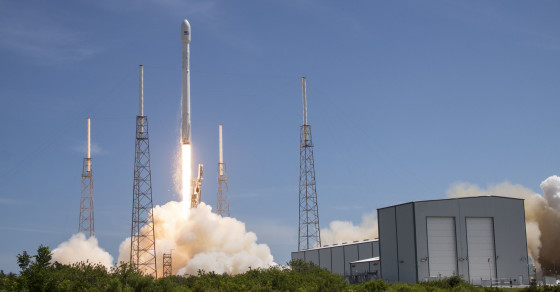 How To Land A 14-Story Rocket On A Tiny Barge In The Atlantic Ocean
By Joshua A. Krisch 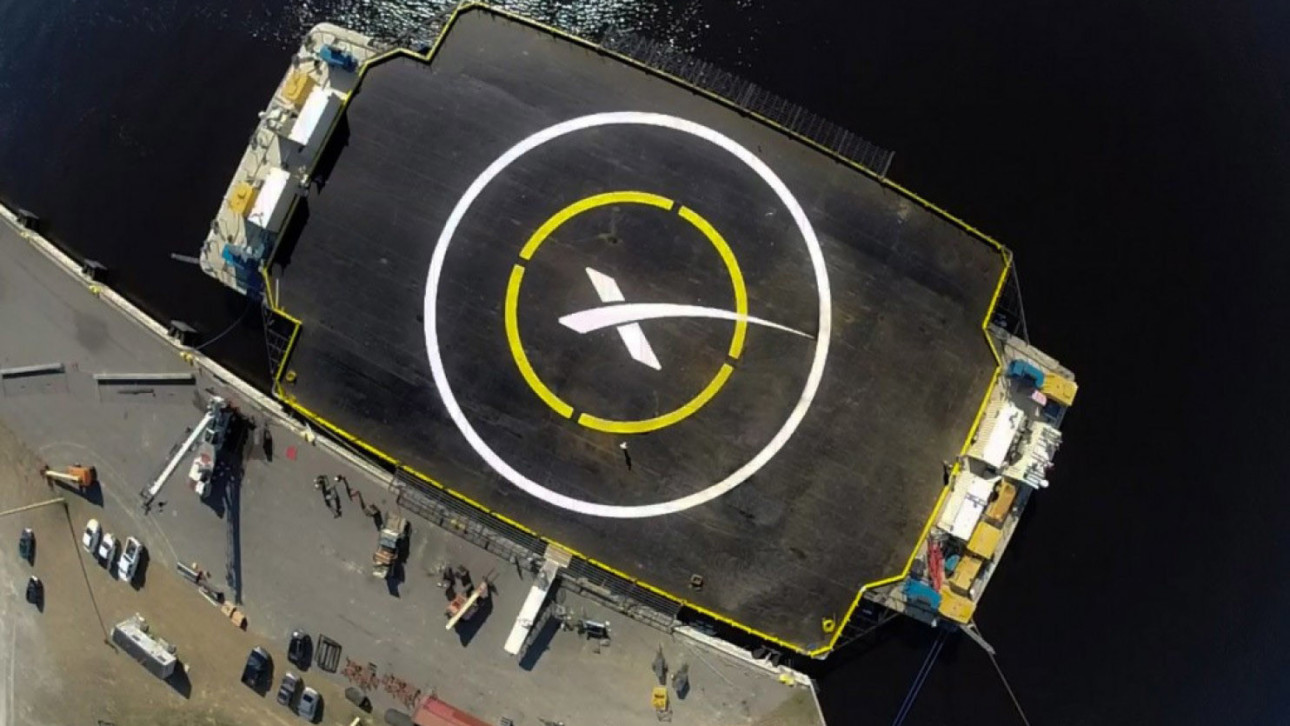 UPDATE: The SpaceX launch was a success, but the rocket re-landing…not so much. On Saturday morning, the Falcon 9 rocket released its Dragon capsule, but then broke into pieces as it neared the barge. Elon Musk says that the Falcon 9 ran out of hydraulic fluid, which is necessary for operating its steerable fins.

Rocket made it to drone spaceport ship, but landed hard. Close, but no cigar this time. Bodes well for the future tho.

“If one can figure out how to effectively reuse rockets just like airplanes, the cost of access to space will be reduced by as much as a factor of a hundred,” the SpaceX CEO wrote on his website. “A fully reusable vehicle has never been done before. That really is the fundamental breakthrough needed to revolutionize access to space.”

Sadly, most rockets aren’t built for reuse. Often the most expensive parts of a spacecraft, rockets exist solely to boost their payload (like a satellite or a space shuttle) up above the clouds. When the job is done, they typically crash into the ocean in a heap of twisted metal. It’s a one-shot deal.

But SpaceX has other plans for the Falcon 9 rocket. Elon Musk and his team will attempt on Saturday to ease the 14-story (potentially explosive) behemoth back onto Earth after launch, where it will land upright on a 300-foot-by-100-foot platform in the middle of the ocean.

SpaceX began testing its first reusable rocket, the Grasshopper vehicle, back in 2012. A Falcon 9 look-alike, Grasshopper made a series of short takeoffs and landings that proved that a rocket engine could, in theory, be controlled on reentry. This revelation gave birth to the current Falcon 9 reusable rocket.

Grasshopper was an experimental reusable rocket, built by SpaceX to make small takeoffs and landings (or "hops"). The goal of the Grasshopper program was to help scientists fine-tune the rocket reentry process.

By Steve Jurvetson via Wikimedia Commons

A lot of the hardware that SpaceX will be testing on Saturday has never been used before for controlling a rocket, much less landing one on a tiny barge. The Falcon 9 will be plummeting toward the ocean at 3,000 miles per hour. As it nears its target, the rocket will deploy nine retro-propulsion jet engines that should ease it down gently onto the barge, via three separate engine burns. SpaceX plans for the Falcon 9 to reduce its speed to just 4.5 miles per hour by touchdown.

Landing legs and steerable fins on the rocket are intended to help stabilize its final descent. Spacecraft usually maneuver with cold nitrogen gas thrusters, which direct the ship one way by firing in the opposite direction (think of blasting a fire extinguisher while sitting on an office chair—you’d be able to steer it, sort of). But as Musk pointed out his pre-launch Reddit AMA, “The aerodynamic forces are way too strong for the nitrogen thrusters…our atmosphere is like molasses at Mach 4!” Steerable fins, then, are the best option.

SpaceX has tried variations on this particular flying feat before, with some success. The private space company says they have guided two previous Falcon 9 rockets into an upright hover over the ocean—until they fell over sideways and exploded. Here’s some footage of one ill-fated test flight:

Musk brushed off the mishaps with characteristic good humor. “Unfortunately, it sort of sat there for several seconds, then tipped over and exploded,” Musk said earlier this week. “It’s quite difficult to reuse at that point.”

Musk initially put his chances of success at 50 percent, but in the Reddit AMA he confessed that he pretty much made that number up. Either way, stay tuned for the big launch and (possible) landing Saturday morning. You can watch the event live at 5 a.m. Eastern here: