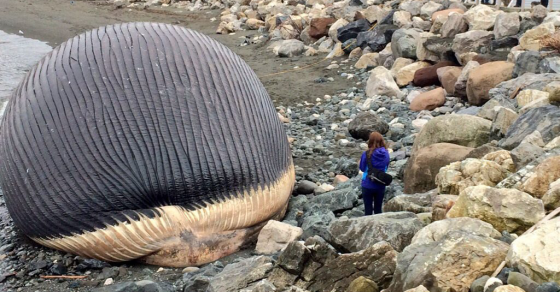 How to Defuse a Whale Bomb
By Luke Malone

How to Defuse a Whale Bomb 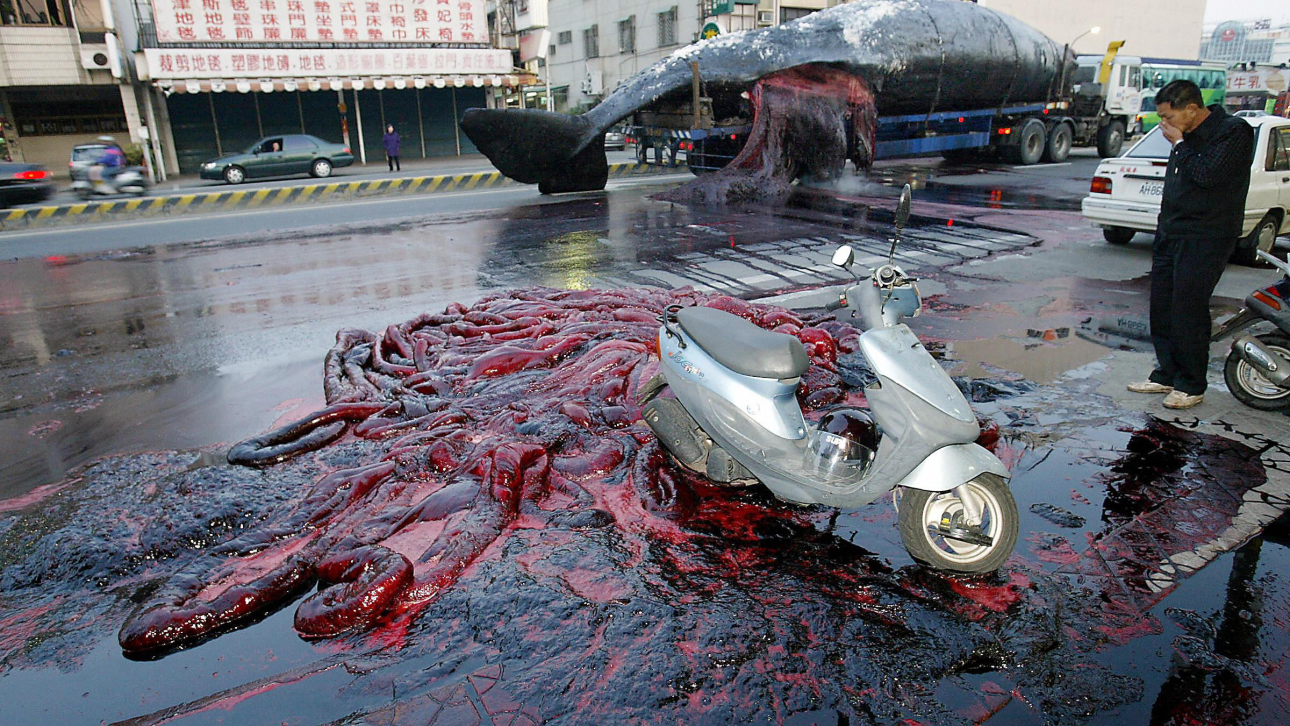 After the body of an 82-foot blue whale washed ashore last week in Newfoundland, Canada, local officials began frantically calling government agencies to remove it before it explodes. It’s not an overreaction. Rotting carcasses spontaneously erupt all the time because of a buildup of bodily gases.

Whale watching could soon become an extreme sport in Newfoundland, where this 82-footer is getting ready to self-detonate.

As it happens, blowing up dead whales with dynamite is actually one of the ways officials have dealt with corpses in the past. The most famous case was in 1970, when highway workers collaborated with the Navy to dispose of a whale that had beached near Florence, Oregon. But things didn’t go as planned.

“They used half a ton of dynamite around the perimeter so all the force was directed inward, instead of having placed it underneath,” says Bruce Mate, director of the Marine Mammal Institute at Oregon State University, who arrived on the scene shortly before the fleshy fireworks. “You get these degenerative gases building up from dead tissue. And there’s an awful lot of material. When ruptured it rained rancid whale oil over a crowd of 100 people.”

Even as a young researcher, Mate knew enough about explosives to realize that what they were doing was a bad idea, so he picked a safer vantage point upwind.

“I watched the whole thing, and a 300-pound chunk of this whale flew over a crowd of people and leveled the roof of a brand-new Buick,” he says. “It could have caused a lot of mayhem, people could have been killed.”

It’s not the first time that corpse disposal has gone awry. Dead whales wash up around the world on a regular basis, and they can cause big headaches if not dealt with properly. Mate, an expert on whale biology who has been in the field for 45 years, says the buildup of methane and other gases in bloated carcasses can be dangerous, even when handled by professionals.

“Consider what happens when you push a pin into a balloon—bang!” he says. “I’ve actually known people who were standing on top of a whale with a cleansing knife, which is a knife on a long pole, and when they jabbed it in, the pressure was enough to propel them into the air.”

One marine biologist had a close call in the Faroe Islands last November when he tried to relieve the pressure in a beached sperm whale—getting out of the way just in time before a forceful torrent of rotting guts surged out of it.

Earlier this year in Uruguay, a dead whale being lifted by a crane broke free of its constraints and exploded, a close call for those standing nearby.

Not everyone has been so lucky. In 2004, a dead sperm whale was being transported through the streets of southern Taiwan to a research facility when it exploded and covered pedestrians, cars and storefronts with gore.

“What a stinking mess. This blood and other stuff that blew out on the road is disgusting, and the smell is really awful,” reported a resident.

Residents of a Taiwanese town were covered in a hail of blood and guts when this sperm whale suddenly exploded during transport.

When it comes to the situation in Newfoundland, Mate warns they should address the problem soon. Blue whales are the largest animals on earth, and it’ll be a big cleanup job if it explodes before they figure out a way to get rid of it.

There are three reliable methods for disposing of a whale’s body. The first is by fire. In 1979, 41 sperm whales got stranded in the same area as the 1970 explosion. Mate and his team cut out a trench at the base of four sand dunes and rolled the whales into it. Then they cut a slit along the blubber layer of the whales—careful not to cut them too deeply and cause an explosion—and used gelatinous diesel to burn them, stomping down the remains and burying them in sand.

Another option is to cut them up and bury them, which requires moving the body away from the shoreline so that the water table doesn’t push it back up to the surface. In 2006, the Ventura County parks department disposed of a 70-ton blue whale in a 15-foot hole. Eventually its tail resurfaced and was savaged by flocks of sea birds.

The most efficient way, according to Mate, is to take the whale out to sea and perform what is known as a “whale fall.” The tactic involves towing it out into deep waters and relieving the pressure so that it doesn’t float back to shore. That’s what he recommends they do with the one in Newfoundland.

“They could also take it out and anchor it,” he says, to preserve the skeleton for a museum. “Let it be naturally cleansed by the critters out there, and then go back two or so years later and retrieve it.”