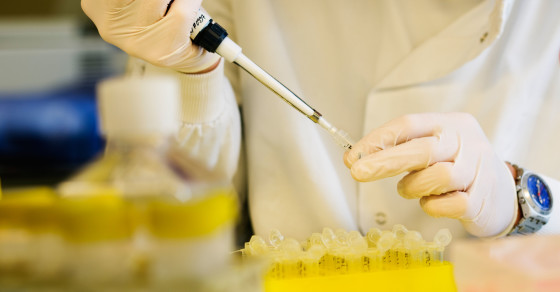 Facebook DNA App Is A New Take On A Questionable Idea
By Joshua A. Krisch

Facebook DNA App Is A New Take On A Questionable Idea

Genes For Good recently unveiled a new Facebook app to help University of Michigan researchers collect gene samples from 20,000 online users. In exchange for your spit and a completed questionnaire, the scientists promise to send a detailed list of health conditions and ancestry that may be lurking in your genome.

Naturally, there are downsides to handing out raw genetic data. It’s all fun and games until someone finds out they’re related to Attila the Hun. Or adopted. Or genetically predisposed to Parkinson’s.

And this isn’t the first time mail-order genetics has raised eyebrows. 23andMe, a biotech company started by Anne Wojcicki, Google co-founder Sergey Brin’s wife, ran afoul of the FDA in 2013 for sending customers medical information based on their DNA, without any proof of accuracy.

But at the time, Charles Seife wrote in Scientific American that there are bigger problems with operations like 23andMe than potential inaccuracies. Hoarding genetic information puts scientists on ethically shaky ground:

[23andMe] is a mechanism meant to be a front end for a massive information-gathering operation against an unwitting public…The company is not exactly hiding its ambitions. “The long game here is not to make money selling kits, although the kits are essential to get the base level data,” Patrick Chung, a 23andMe board member, told FastCompany last month. “Once you have the data, [the company] does actually become the Google of personalized health care.”

Though Genes For Good is not gunning to become the Google of genetics—23andMe had collected half a million samples by 2013; Genes For Good plans to stop after 20,000—it’s still unclear how the company wants to use DNA. “We are prospectively creating one large sample,” Genes For Good writes on its website. “The flexible framework allows us—or other research groups—to add new assessments for future research questions.”

DNA, colour perception, and ‘The Dress’ (OUP Blog)
Study: Facebook Knows You Better Than Even Your Family, Friends (Vocativ)