Extinct, but Not Forgotten
By Alessandria Masi

Extinct, but Not Forgotten 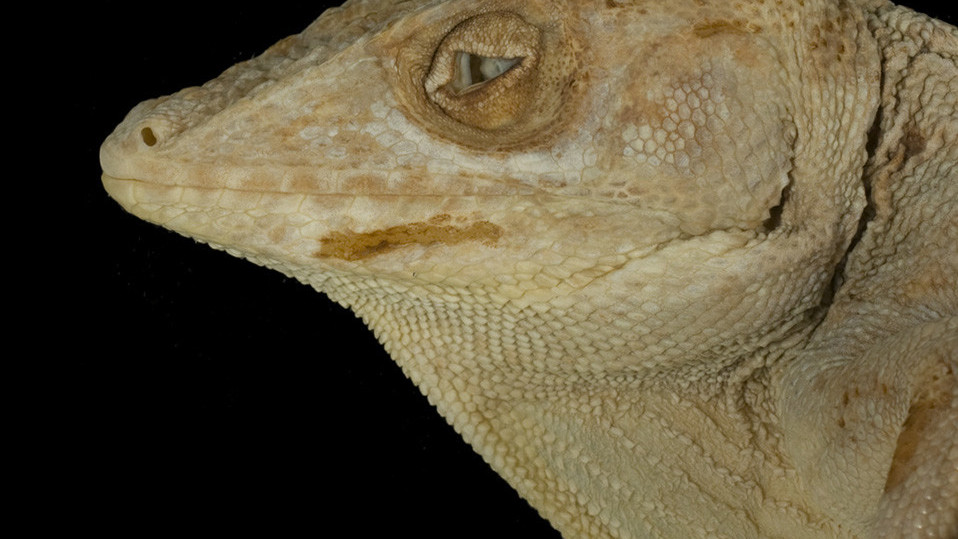 Rhinoderma darwinii (Darwin’s Frog), a species of frog discovered 179 years ago in South America, passed away (for eternity) Nov. 20, the victim of a skin disease. A native of Chile and Argentina, discovered by British biologist Charles Darwin in 1834, Rhinoderma darwinii was known for fooling predators by changing its color to that of a dead leaf, as well as a pointed nose and the custom of males to carry tadpoles in their vocal sack.

Tweet at us: What animal should be named after you?

There are no survivors, but Rhinoderma darwinii joins a growing list of global species named for celebrities to have become extinct in recent epochs. They include:

Extinction date: Between 23 million-5 million years ago (give or take).

This large python (duh) was known as Montypythonoides riversleighensis, thanks to the comedy enthusiasms of an Australian paleontologist who discovered its fossils in 1985. The name was changed in 1998, no doubt in protest of the famed British comedy troupe’s refusal to reunite. Expect the species name to revert to its original very soon.

When it roamed in all its pre-historic glory, this plant-eating lizard could reach a height of 6 feet and weighed as much as 60 pounds. Even at his skinniest Morrison was bigger than that, so why the honor? “I was listening to The Doors quite a bit during the research,” said Jason Head, the University of Nebraska-Lincoln paleontologist who discovered the fossil in 2013. “Some of their musical imagery includes reptiles and ancient places, and Jim Morrison was, of course, The Lizard King, so it all kind of came together.”

And now for a brief history lesson: Isaac Newton was the really famous 17th- and 18th-century physicist (gravity and all that) but Alfred Newton was a reasonably famous 19th-century ornithologist, best known for writing the Dictionary of Birds. Who is more deserving of a feathered-species name all his own, especially since this parakeet became extinct during his lifetime? (We miss all of them.)

If you, like us, figured this lizard had to be named for the 26th president of the U.S., don’t feel too bad. How were you (or we) supposed to know the species was actually named for the governor of Puerto Rico at the time, Theodore Roosevelt Jr. (the president’s son)? Man, those Roosevelts could govern!

Sure, King Kong isn’t technically a famous person. Or even, you know, real. But you know what was real? This species of Hawaiian honeycreeper, that’s what! It was also a member of the finch family, and finches are notoriously small, so this finch was dubbed the King Kong of the species because it reached 11 inches in length. All that makes perfect sense to us.

“When I first saw the pair of isolated claws in the fossil records of this species I could not help but think of Edward Scissorhands,” said David Legg, who researched the species. “I am also a bit of a Depp fan and so what better way to honour the man than to immortalise him as an ancient creature that once roamed the sea?” Well said, David, well said. We at Vocativ cannot think of a better way to immortalize a beloved film icon than to name a clawed, extinct, arthropod after them. (Seriously.)

Little-known fact: The notorious musician has a handful of species named in his honor, but only one of them is extinct. This one of them. They should both rest in peace.

Extinction date: Between 65 million-1.8 million years ago (give or take)

How do you start a conversation with a global hottie if you’re the president of the International Commission on Zoological Nomenclature and senior entomologist at the Hawaii Biological Survey? Well, if you’re Neal Evenhuis, you name a species of extinct flies after her. Especially since both Ms. Electra and her eponymous fly have similarly beautiful “somal structure” (or so says Neal). Alas, Carmen never returned his calls. Heartbreaking.

This beetle, whose name means “the eyeless one of Hitler,” is endangered for the oddest/saddest reason: Neo-Nazi’s and other Hitler lovers are poaching this cave-dweller for memorabilia purposes. Apparently, the poor things (they’re all blind) are worth a lot of money on the black market. So that’s that, except for this surprising fact: Hitler was pleased to be the inspiration for the creepy crawler’s naming, and thanked the responsible scientist for the recognition. Both are dead now, of course, soon to be joined by their six-legged connection.