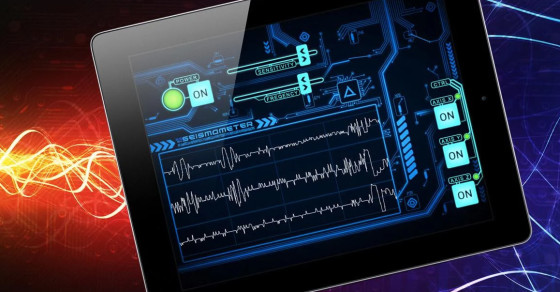 Smartphones Could Provide Early Earthquake Warnings
By Joshua A. Krisch

ShakeAlert, the West Coast’s scientific-grade detector, has been in development for roughly a decade—stalled by limited financial resources. However, a new study in Science Advances suggests GPS, found in thousands of smartphones, could give scientists a surprisingly accurate read on seismic activity. And crowdsourced GPS earthquake detection could work alongside existing systems, to help fill in the gap.

The idea that global positioning can detect and measure ground displacement has been studied using scientific-grade GPS, but until now, scientists were unsure whether less accurate, consumer-grade GPS was up the task.

More How An Earthquake Created A $10 Billion App

In this study, scientists from the U.S. Geological Survey (USGS) set up simulations of major earthquakes—one mimicking 2011’s catastrophic magnitude 9 tsunami in Japan—and put the Google Nexus 5 to the test. They found the Nexus’ GPS could detect earthquakes magnitude 7 or greater, and provide accurate warnings for major cities, even if only 5,000 of the residents were transmitting data from their smartphones.

Paired with scientific-grade systems like ShakeAlert, smartphone GPS could prevent damage and death across a range of magnitudes. “We couldn’t do it tomorrow but, in practice, there’s no reason why that couldn’t be done,” says Benjamin Brooks, USGS geophysicist and coauthor on the study. Brooks envisions an app that volunteers could download to their smartphones that, when activated by subtle tremors, would transmit GPS data to a central server for analysis. “To that end, it’s really just a matter of implementation,” he says.

Brooks and his team are already planning another study in Chile, where they’ll place several hundred smartphone-based sensors on buildings near fault lines. But even in the short term, Brooks says, crowdsourced early detection does not necessarily have to stop at smartphones. “It’s about the Internet of Things, really. Cars, robotic vehicles, WiFi hubs—anything that has GPS associated with it could be used.”