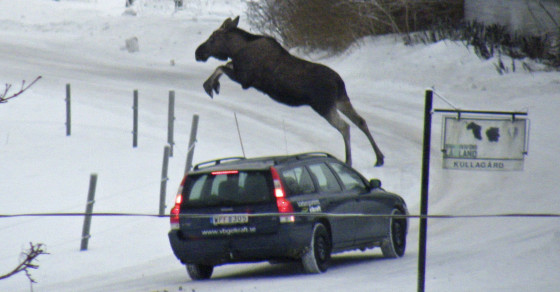 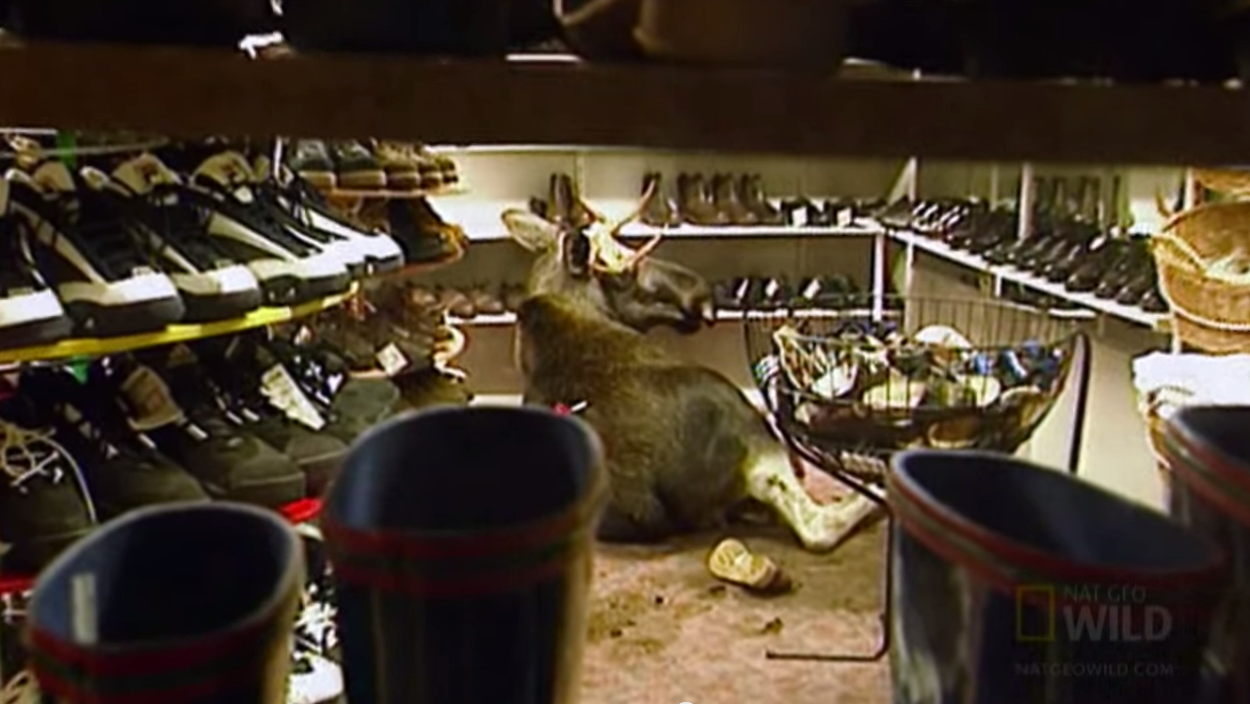 The Swedes love their folklore—big trolls, Thor, the Fossegrimmen—but one legend in particular prevails in contemporary Scandinavian culture, at least if you’re going by Swedish newspaper headlines. Each autumn, the story goes, hordes of majestic moose wander into unsuspecting towns and gobble up fermented apples that have fallen to the ground, which supposedly get them wasted. And then all hell breaks loose. 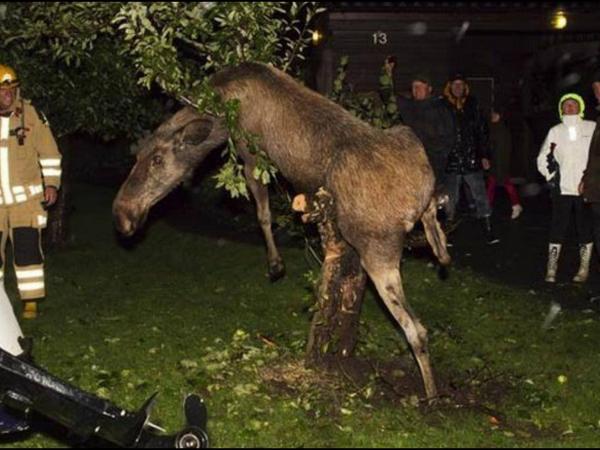 In Vato, one angry young moose allegedly battled a children’s swing set—and ultimately dragged the playground equipment some 800 feet—after it binged on a stash of rotten apples. And last year in Linköping, a four-legged lush toppled into a swimming pool while hunting for fallen fruit. It was around the same time that a man in Stockholm was forced to call the cops when a band of allegedly drunk and rowdy moose menaced him outside his front door.

Tales of the inebriated beasts have become so prevalent in Sweden that National Geographic even hypothesized that one of them may have been behind the murder of a Loftahammer woman in 2008. “Could a drunken [moose] have killed Agnes Westlund?” posited the narrator of one episode of Nat Geo Wild, as a montage of bleary-eyed moose wreaked havoc. As it turns out, Westlund was, in fact, killed by a moose, though police were never able to determine if it was drunk.

For years, the land of Ikea has relied on the drunken moose narrative to explain the seemingly nonstop streak of erratic animal behavior come autumn. But now a group of scientists are trying to pour cold Aquavit on every Swede’s favorite folktale.

“As far as I can tell, no trustworthy source has ever shown it to be true,” Petter Kjellander, a professor at the Swedish University of Agricultural Sciences, told The Local, a Swedish English-language paper, last week. Kjellander delivered the bombshell just days after he and other researchers appeared on Swedish Radio Science News to blast the belief that the perennial moose high jinks are caused by festering fruit.

The scientific argument is pretty straightforward: with the animals weighing as much as 1,200 pounds, they are simply too huge to catch a buzz from the amount of apples they reportedly nosh each fall.

“Perhaps they’re not drunk, they just appear drunk because they’re not afraid of people,” Kjellander explained.

Swedes, however, appear reluctant to accept the theory.

“I wonder if they actually asked [a moose],” wrote one skeptic. “I don’t place much credibility in the Swedish scientists’ claims in this respect. I prefer to rely on what I’ve seen.”

Another went with his gut: “There are people who get more drunk than others by virtue of lacking the gene to break down alcohol. Maybe these animals have the same condition.”

Kjellander still doesn’t buy it. “I must confess, I’m not a [moose] expert, but I am a professor in wildlife in ecology, and I know some stuff about them,” he said. “I think there’s a natural explanation to all this that doesn’t involve alcohol.”

On behalf of Sweden, whatever that explanation turns out to be, it definitely won’t be as much fun.